Low registration rates and highly mobile populations can make it difficult for elections officials to maintain the integrity of voter lists. Approximately 1 in 8 registration records nationwide is inaccurate or out of date. However, states that participate in the Electronic Registration Information Center (ERIC)—a partnership that uses a sophisticated and secure data-matching tool to provide states with accurate information about voters who have moved or died—have increased the accuracy of their voter rolls, improved election performance, and reduced costs. ERIC allows states to compare official government data, U.S. Postal Service addresses, and Social Security death records. Twenty states and the District of Columbia participate in ERIC, and more are expected to join in the coming years. 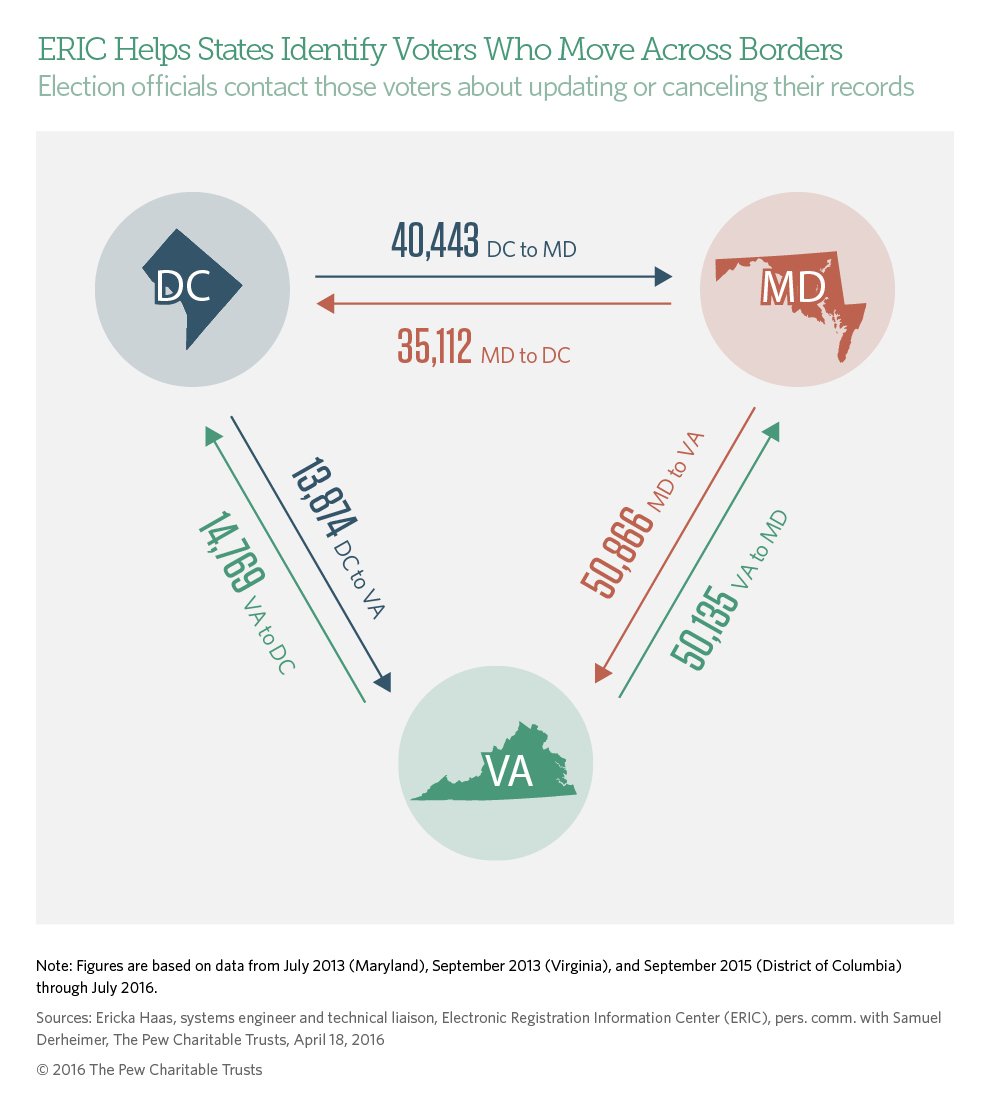 ERIC has helped the District of Columbia, Maryland, and Virginia identify hundreds of thousands of voters who have moved across their borders but failed to inform election officials from their previous jurisdictions. Election officials contacted those voters and informed them how to update or cancel their records. ERIC is owned, managed, and funded by participating jurisdictions and was formed in 2012 with assistance from The Pew Charitable Trusts. Virginia and Maryland joined ERIC in 2013, and the District of Columbia entered in 2015.