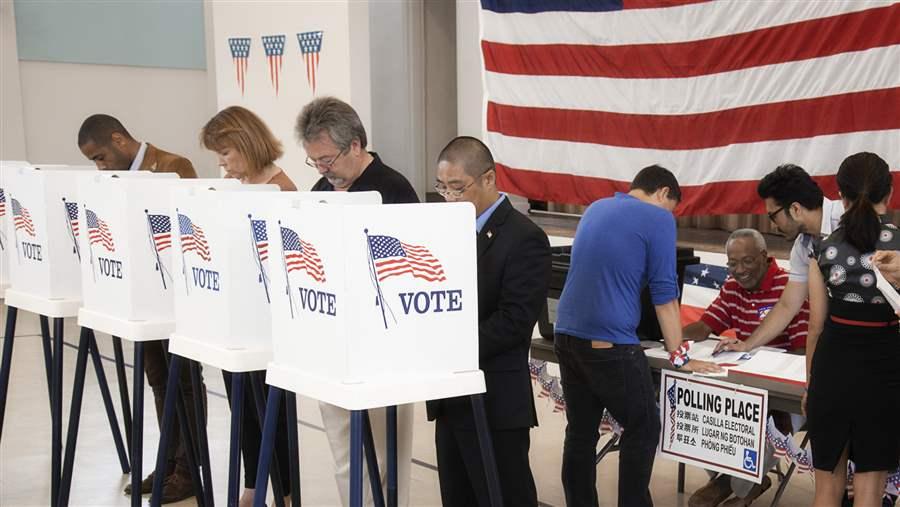 Before most polls opened on Election Day, more U.S. voters had accessed Voting Information Project (VIP) tools than ever before. These resources use official government data to provide voters with information about polling place locations, hours of operation, and ballot summaries.

That number is expected to rise significantly as the day goes on, but it has already exceeded the 5.4 million people who used the tools during the 2014 general election season.

VIP, a partnership between The Pew Charitable Trusts, Google, and the states, along with the Internet Association and the world’s top technology companies,  offers free election tools on a national scale. For the 2016 elections, state and local governments, businesses, media companies, nonprofits, and other civic-minded organizations have provided the tools for voters by linking to Get to the Polls, embedding a customizable widget on their own websites or promoting the Short Message Service tool (text VOTE to GOVOTE. 46-8683).

* By sending a text message to Pew, you consent to receive voting information via texts from an automated system. This is a free service, but standard text message rates may apply. You may revoke consent by contacting Pew, including by texting STOP.

Alexis Schuler is the senior director and Monica Leibovitz is an officer for election initiatives at The Pew Charitable Trusts.