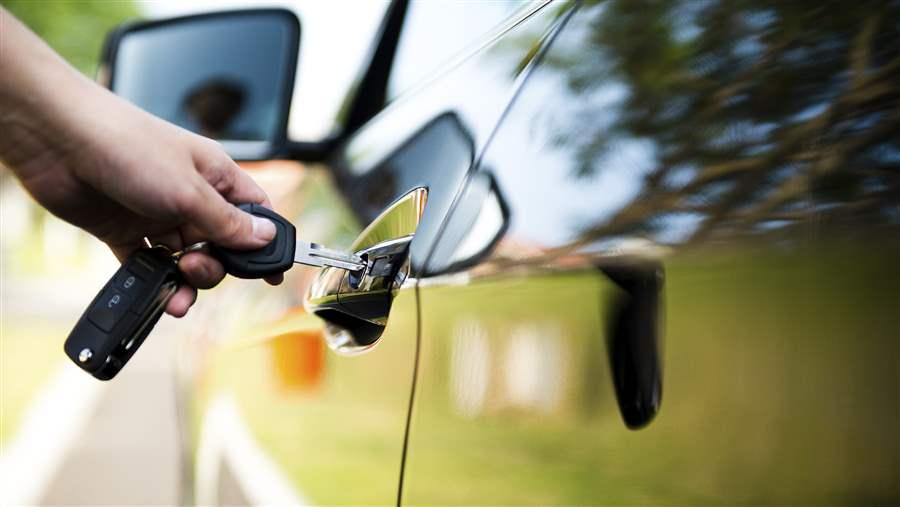 In August 2015, The Pew Charitable Trusts produced a first-of-its-kind report examining the experiences of states that issue alternative driver’s licenses to unauthorized immigrants. The analysis explored the choices these jurisdictions made on scope, eligibility standards, issuance procedures, and outreach and education as they designed and implemented their laws. Although Pew takes no position on federal, state, or local laws or policies related to immigration and driver’s licenses, these data and insights can help other states make informed choices about whether and how to enact and implement similar laws, and they can better position those that have already implemented driver’s license policies to evaluate their processes and make adjustments.

Pew has continued to examine this issue, looking at available research on the impact of these laws and the factors influencing how many alternative driver’s licenses states ultimately issue. When Delaware and Hawaii passed legislation in 2015, Pew analyzed the legislative language and provisions in both states, highlighting the key design and implementation decisions.

This update looks at the developments of 2016 to investigate how states consider new driver’s license laws, re-examine Delaware and Hawaii post-implementation, and explore how jurisdictions make changes to their driver’s license programs. The findings demonstrate continued activity on driver’s license issues and how states can learn from each other’s experiences.

Until the 1990s, unauthorized immigrants were able to obtain driver’s licenses anywhere in the United States. California became the first state to enact a restriction on that access in 1993, followed by Arizona in 1996. Forty-five states followed suit, altering their laws to require that driver’s license applicants prove legal immigration status. By 2011, unauthorized immigrants could obtain licenses only in New Mexico, Utah, and Washington state.

In 2013, the trend began to shift. Eight states—California, Colorado, Connecticut, Illinois, Maryland, Nevada, Oregon, and Vermont—and the District of Columbia enacted laws establishing eligibility requirements that would allow many unauthorized immigrants to obtain driver’s licenses. Those jurisdictions considered their legislation in the context of the federal REAL ID Act, the 2005 law that created national standards for state driver’s licenses that can be used for federal identification purposes, such as to board a commercial aircraft. The REAL ID law allows states to extend driving privileges to unauthorized immigrants, but only if the licenses issued for this purpose are distinct from regular ones in specific ways. In that context, the eight states opted to issue “driving privilege cards,” “driver authorization cards,” or other alternative licenses. As of November 2016, 12 states—California, Colorado, Connecticut, Delaware, Hawaii, Illinois, Maryland, Nevada, New Mexico, Utah, Vermont, and Washington—and the District of Columbia issue such driver’s licenses to unauthorized immigrants.

As the federal REAL ID Act enforcement deadlines approach, 14 states have extensions through Oct. 10, 2017; four have limited extensions through June 6, 2017; one state is under review; and eight are noncompliant. States are going to be making changes to their driver’s licenses and may consider whether to allow unauthorized immigrants to obtain them. As states make these choices, they can learn from the experiences and approaches of other states through Pew’s driver’s license research and analyses.

Adam Hunter directs and Angelo Mathay is a senior associate for The Pew Charitable Trusts’ immigration and the states project.