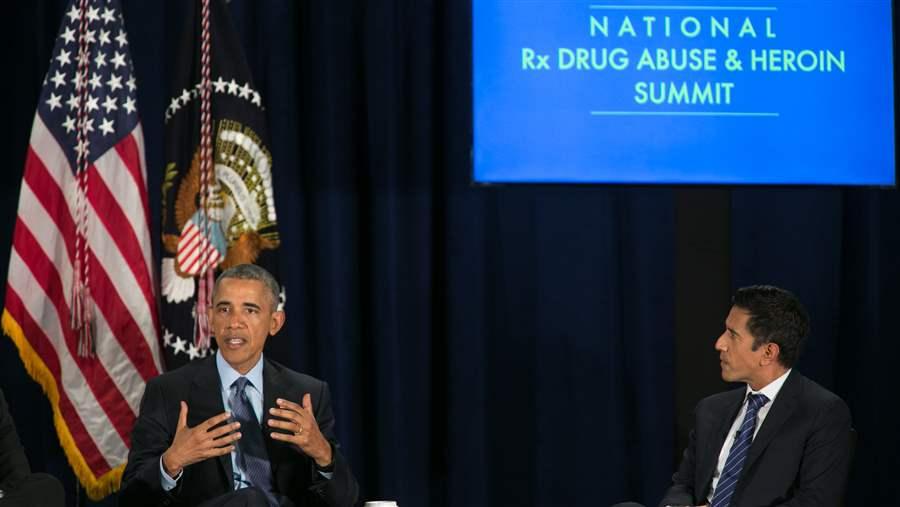 Stopping the opioid abuse epidemic requires a multifaceted approach, and increasing substance use treatment is integral to those efforts. However, too few of the individuals struggling with this disease have access to such treatment. In fact, the Office of National Drug Control Policy reports that only 20 percent of all people with a substance use disorder ever receive treatment.

President Obama has made substance use treatment a priority, as evidenced by his proposed fiscal year 2017 budget, which calls for $1.1 billion to tackle this epidemic, including expanding access to such services. Yesterday’s announcement to further expand access to treatment continues to move us in the right direction. The president's plan includes $11 million in new grants to help states provide medication-assisted treatment (MAT). Studies have shown that MAT, in conjunction with behavioral therapies, is effective in helping patients. Research consistently shows that illicit opioid use is reduced an average of 40 to 70 percent with MAT compared with nondrug therapy.

In addition, the proposal calls for doubling the number of patients that a physician who prescribes buprenorphine for substance use disorder can treat, from the current 100 patients to 200 per physician. This is a welcome change. The Pew Charitable Trusts supports this effort and also supports allowing nurse practitioners and physician assistants to prescribe buprenorphine. However, this is a federal restriction that the administration cannot lift on its own.  Only Congress can make that change—and it should.

The need is urgent.  According to the latest data from the Centers for Disease Control and Prevention, 78 Americans die from opioid overdoses every day, and more people died in 2014 from prescription opioid overdoses than in any year on record. MAT can, and should, be part of the solution.

Public and private insurance plans are using patient review and restriction (PRR) programs to encourage the safe use of opioids and other controlled substances.

To minimize overdoses and other harms associated with prescription drug abuse, public and private insurance plans are using patient review and restriction (PRR) programs to encourage the safe use of opioids and other controlled substances.

President Barack Obama will speak today at the National Rx Drug Abuse &amp; Heroin Summit, where thousands of representatives from local, state, and federal agencies, as well as clinicians and patient advocates, will gather to discuss strategies for curbing overdose deaths and improving treatment of substance use disorders.