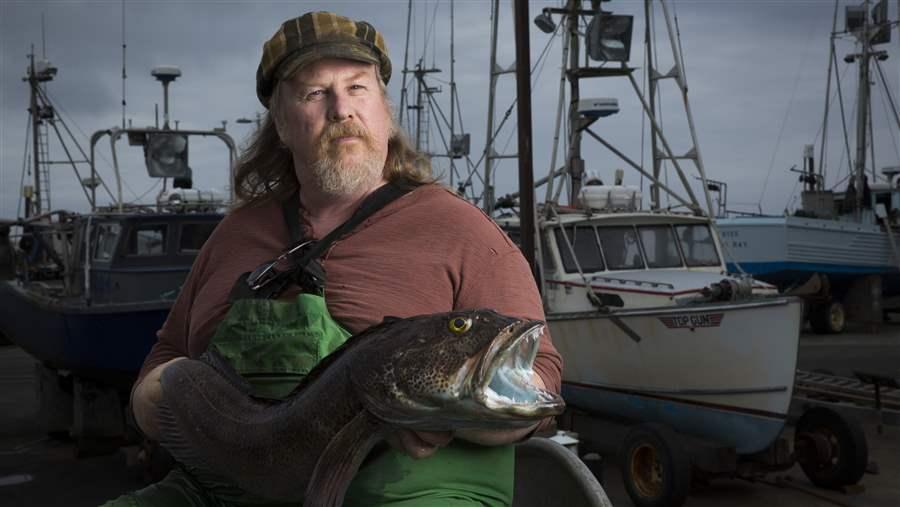 Aaron Longton has been a fisherman ever since he was old enough to hold a fishing rod. As he grew up in the rural southern Oregon town of Roseburg—where hunting and fishing were, and remain, a way of life—he learned that undisturbed forests and streams provided the best opportunities to catch salmon and steelhead. And now, as someone who makes a living from the sea, he even more fully appreciates all the work that has been done in Oregon to restore healthy salmon runs, from where the fish spawn in the streams and rivers to where they mature into adults sought after in recreational and commercial fisheries.

“We’re spending a lot of money and time restoring streams, and that work is important,” he said. “But wouldn’t it have been great to limit the damage earlier in the process?”

Today, Longton is a commercial fisherman based in Port Orford, Oregon. He knows the importance of protecting habitat so that fish can find shelter and food, grow, and reproduce—even when that means closing certain areas now in order to ensure that fishing remains a viable living for future generations. It’s why he believes it’s time to strengthen the law that governs management of U.S. ocean fish, the Magnuson-Stevens Fishery Conservation and Management Act, to require federal officials to do more to protect habitat already being stressed by a changing climate.

“We need to build resilience in the ecosystem, especially with irreversible challenges like ocean acidification and warming,” he said.

Aboard his 32-foot fishing vessel Golden Eye, Longton and his crew fish year-round in pursuit of salmon, albacore tuna, halibut, sablefish, nearshore rockfish, and lingcod. He also serves as board president of the Port Orford Ocean Resources Team, a nonprofit organization committed to sustainable fishing and promoting biological diversity. He supported the Pacific Fishery Management Council’s landmark decision this year to prohibit new fisheries on forage fish until the council first analyzes the effect on the rest of the food web, including commercially valuable predator species such as salmon.

“We’re doing things preemptively and doing things well here, and the Magnuson-Stevens Act creates the framework for that to happen,” he said.

But not every regional council is as farsighted, which is why it’s important for Congress to make sure that science-based limits for forage fish account for their role as a food source for predators, including salmon.

Longton has actively opposed efforts to weaken the law’s requirements for science-based catch limits and firm timelines for rebuilding depleted species. This lifelong outdoorsman, whose livelihood will depend on a sustainable fishery for years to come, is among the voices calling for the law to be strengthened, not weakened.

A Big-Picture Approach to Fisheries Management

U.S. fishery managers often focus on one species at a time when determining how, when, and where fishing takes place. But each fish population is part of an interconnected ecosystem in which they interact with other fish, ocean wildlife, and habitats.