The Obama administration announced June 19 a proposed rule calling for increased fuel efficiency of and reduced tailpipe emissions from medium- and heavy-duty vehicles. This is good news for businesses and consumers, who stand to benefit from significant fuel cost savings. The rule, if passed, would also help the environment through reduced carbon pollution.

The draft efficiency rule covers tractor-trailers, package-delivery vans, transit buses, and other large trucks sold between 2021 and 2027. According to the Environmental Protection Agency and the Department of Transportation’s National Highway Traffic Safety Administration, over the lifetime of those trucks the new standards would result in three key benefits:

1. Reduce U.S. oil consumption by up to 1.8 billion barrels over the lifetime of the vehicles sold under the rule.

According to an EPA and Transportation Department statement, the projected reduction in oil consumption would be greater than a year’s worth of U.S. imports from the Organization of the Petroleum Exporting Countries.

It sounds like a lot—and it is. Consider this: While medium- and heavy-duty trucks make up only 7 percent of all vehicles on the road, they consume nearly 25 percent of the fuel used by all vehicles.

2. Cut fuel costs by nearly $170 billion over the lifetime of the vehicles sold under the rule.

Fuel is the single largest cost of owning and operating heavy-duty trucks, accounting for 40 percent of motor carrier expenses in 2014. Increased fuel efficiency means truck drivers will spend less money and time refueling and businesses will enjoy reduced shipping costs, savings that could certainly be passed along to consumers who purchase those goods. That’s a win-win-win.

That's equal to the amount of greenhouse gas emitted by all U.S. homes over an entire year. 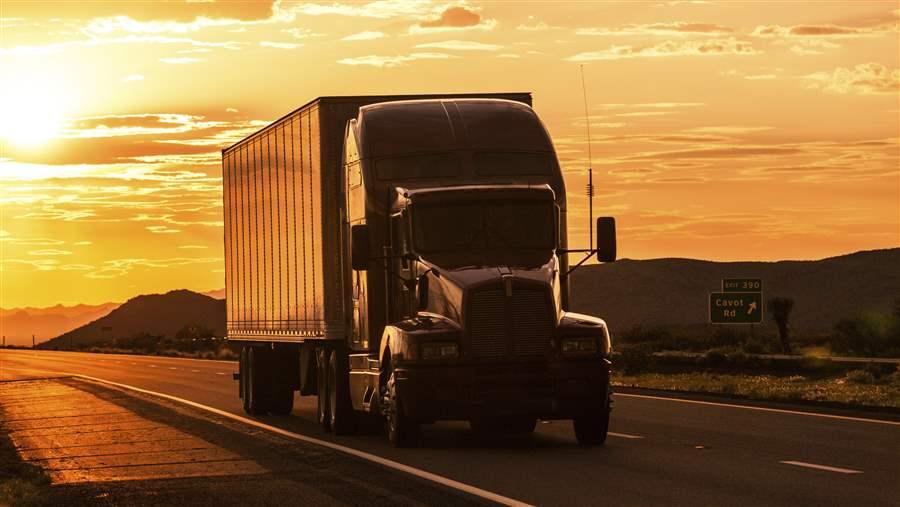 Strong fuel efficiency standards spur innovation, making American businesses more competitive globally. Investment in the research, production, and deployment of advanced vehicle technologies will give the United States an opportunity to lead in markets such as energy storage, which is already growing quickly thanks in part to a 50 percent decline in related technology costs since 2009.

Next up: a 60-day comment period for the public to weigh in. Comments will be accepted at www.regulations.gov on dockets No. EPA–HQ–OAR–2014-0827 or NHTSA-2014-0132 once the rule is posted in the Federal Register. The final rule is expected in the middle of 2016.

More information on fuel efficiency for medium- and heavy-duty vehicles is available at www.pewtrusts.org/fuelefficiency.