These conservation gains include protection of nearly 245,000 acres of land as wilderness in five states—Colorado, Montana, Nevada, New Mexico, and Washington; more than 400,000 acres of other designations to safeguard lands in Colorado, Alaska, and Montana from resource extraction; withdrawal of over 400,000 acres from mining and energy development; and wild and scenic river protection granted to dozens of miles of waterways. In addition, the legislation calls for the creation or expansion of numerous national preserves, military parks, historical parks, and monuments, including the establishment of the 22,650-acre Tule Springs National Monument in Las Vegas.

Members of the Senate Energy and Natural Resources Committee and the House Natural Resources Committee began negotiating with House and Senate leaders and representatives of both chambers’ Armed Services committees shortly after returning from the Election Day recess in November.   Attaching the negotiated language to the Armed Services bill required compromise, but the conservation bills they included reflect the intent of the broad coalitions that originally crafted them and represent locally driven, bipartisan support.

On Dec. 4, the measure was approved by the House of Representatives by a margin of 300 to 119.  The Senate passed the measure 89 to 11 eight days later. 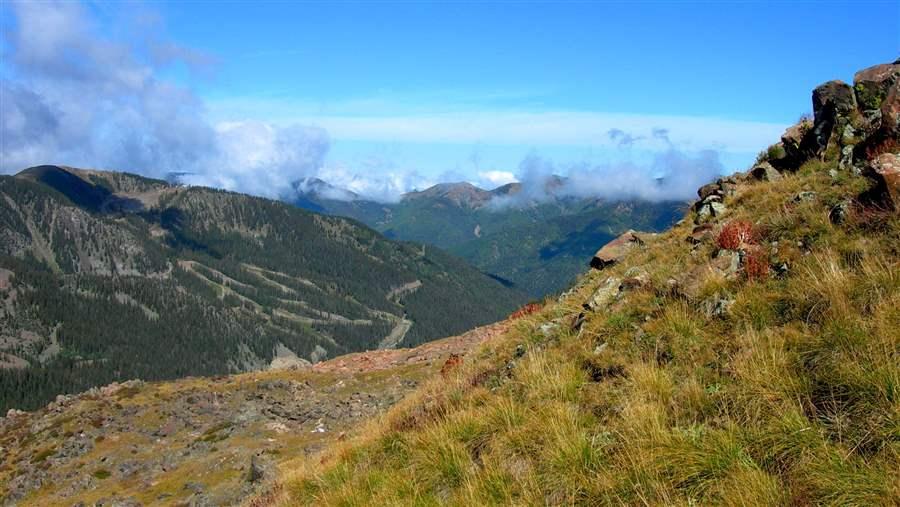 The slopes of Gold Hill would be included in the protected wilderness.

Although The Pew Charitable Trusts did not favor some provisions of the bill, we supported passage of the land protection pieces of the bill and worked toward that end.  Pew was also pleased to see language improvements to the Pine Forest (Nevada) Wilderness designation included in the bill.  A number of conservation measures that Pew has long championed were included in the legislation.  They are:

In this holiday season, remember that frost is gathering in new wilderness areas, snow is collecting on newly protected branches and boughs, and the winter sun is shining on landscapes that you helped preserve for future generations.

Countdown: Places Congress Can Yet Protect in 2014

Fifty years after the passage of the Wilderness Act, this landmark law remains the nation's most effective tool for protecting wild places. Congress has a chance to protect a few additional areas across the nation before it adjourns for the year. A number of wilderness measures have been reported out of committees and await action on the floor.