Editor’s Note: Since this article was published, both the Rocky Mountain Front in Montana and the Wovoka area in Nevada—mentioned in the interviews below—have been designated U.S. wilderness areas. U.S. veterans continue to defend America’s public lands, as shown in our 2015 interview with a conservation-minded Iraq War veteran.

In recent years, an increasing number of military veterans have sought to connect with America’s wilderness, finding camaraderie in outdoor recreational opportunities, solace in therapeutic programs, and satisfaction in protecting the land as advocates. An estimated 23 million U.S. veterans live in this country, and more than 2 million have returned from Iraq or Afghanistan. Pew’s U.S. public lands program spoke with two of them.

Originally from the San Francisco Bay area, Scott Moore moved to Nevada in 1998. He is a veteran of both the Marine Corps and the Army, having served with a Marine Reserve unit in Reno for six years before the Sept. 11 terrorist attack, and then for another three years in the Army after it. He is a former staff member of Friends of Nevada Wilderness and now volunteers for the organization while pursuing his undergraduate degree at Sierra College in Truckee, CA. 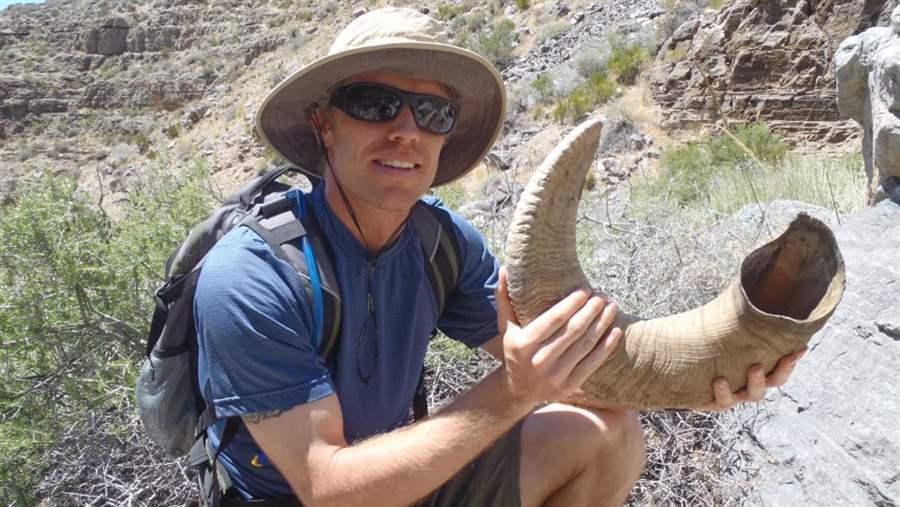 Marine Corps and Army veteran Scott Moore is a volunteer for Friends of Nevada Wilderness.

Tristan Persico lives in Missoula, Montana, where he coordinates the Montana Wilderness Association’s Veteran Outreach Program. He was an Air Force explosive ordnance disposal technician and saw combat in Afghanistan. Now he is a student at the University of Montana in Missoula. 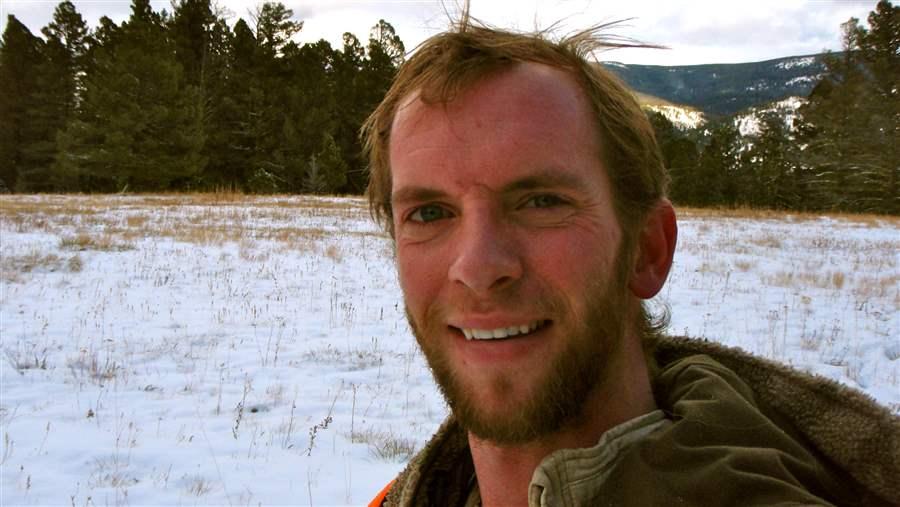 Moore and Persico offered their thoughts about the value of wilderness for veterans.

Q: Why do you think wilderness seems to resonate with veterans?

Persico: Wilderness has been a refuge for returning warriors for generations, so it’s no surprise that veterans have often been strong voices for wilderness and the freedom that it represents. World War II and Korean War veterans were instrumental in the passage of the Wilderness Act of 1964. Fifty years on, there is legislation in Congress that, if passed, could further protect the wild lands that many veterans fought for and treasure.

Q: What was your experience with wilderness as a returning service member?

Persico: Nearing the end of my deployment, I lost my closest friend to an enemy attack. The regard I had developed for my fellow warriors was so ingrained in me that when this tragedy struck, it crushed me. I experienced problems with anger, survivor’s guilt, and “soldier’s heart”—post-traumatic stress disorder.

When I returned home, the one place I truly found comfort was in the wilderness. It was familiar to me. The natural peace and solitude that occurs in wilderness was deeply therapeutic for me.

Moore: I remember the wilderness playing a significant role in my transition back to civilian life. I recognized it as a sanctuary of freedom that was irreplaceable. It allowed me to reconnect through the land, and it proved to be invaluable in helping me find new purpose. It was mending and essential to my spirit. I'm also thankful for the employment opportunities it provides, and I’m happy to protect America’s wilderness.

Q: What is your favorite story about time spent in Nevada’s Wovoka region and Montana’s Rocky Mountain Front?

Moore: My favorite wilderness story occurred in 2012, which marked the 10th anniversary of my father’s death and my return to the mountains. I was trekking alone for five days in the Santa Rosa Wilderness in northern Nevada. It was October, and the dense aspen groves were littered with dazzling fall colors. As I hiked throughout the wilderness, I experienced countless chance meetings with wildlife. Herds of pronghorn deer were running across the valleys, drinking from lower springs at the mountain’s base. Mule deer were creeping through the aspens, brook trout lingered in the creek, golden eagles soared overhead, and fresh elk tracks were spotted at higher elevations. Waterfalls flowed. Seedlings were glowing green and sprouting strong from the ashes of a recent fire. I built a campfire every evening and admired the sunset over the nearby Jackson Mountains. The coyotes would howl at night, and I was treated to a new sunrise each morning. I gladly rose to repeat another day, fully immersed in the wilderness. The opportunities for solitude, reflection, and encounters with the natural world were unmatched. I knew I was back home and where I needed to be.

Persico: This summer I took a group of veterans into the Rocky Mountain Front. This was the Montana Wilderness Association’s Veteran Outreach Program’s first trip of the season and my first time hiking the Front. The landscape was unlike anywhere else I have been in the world. One hike took us off trail and brought us to the final resting place of a Rocky Mountain bighorn ram. This trophy ram had likely died of natural causes, and the guys in the group decided to place his skull on a nearby rock outcropping overlooking the valley. Just then we spotted several healthy bighorns up the ridge from us, perhaps this ram’s offspring. A trophy animal that dies of natural causes rather than at the hand of a hunter shows the effectiveness of the region’s land management plan. This success and the experiences I was able to share with fellow veterans in the Rocky Mountain Front add to the list of reasons that Congress should pass the Rocky Mountain Front Heritage Act and protect this one-of-a-kind landscape for future generations of Montanans and all Americans to enjoy.

Q: How would you like to see Congress spend its final weeks of 2014?

Persico: One bill I’d like to see passed is the Rocky Mountain Front Heritage Act, introduced in 2010 by then-Senator Max Baucus and now carried by his successor, Senator John Walsh, and co-sponsored by Montana’s senior senator, Jon Tester. If passed, this bill will add 67,000 acres of the Rocky Mountain Front to the Bob Marshall and Scapegoat wilderness areas. The bill will also designate 208,000 acres of public land as a conservation management area that would keep the Front a working landscape just like it is today. This bill enjoys widespread support from Montanans of all stripes, especially hunters like me who recognize that the Front is unlike anywhere else in the Lower 48.

Wilderness may only make up 3 percent of Montana, but it takes up a much bigger space in the hearts of Montana’s veterans.

Moore: If I could ask Congress to do one thing today, it would be to designate Wovoka as a wilderness area. I moved out here in 1998 and fell in love with the Great Basin. I have fond memories of hiking up the rocky terrain of Bald Mountain, enjoying its expansive views and wildlife such as desert bighorn sheep and the sage-grouse. Wovoka is a singular and majestic place that deserves to be protected.

Q: The proposed Wovoka Wilderness in Nevada covers nearly 48,000 acres in Lyon County. It, along with about 26,000 acres of the Pine Forest Range in Humboldt County, would be protected by the bipartisan Northern Nevada Land Conservation and Economic Development Act. What would the passage of this legislation mean to you?

Moore: Protecting these lands would give me hope. I would be thankful to all of the people that have worked hard for many years to get these places protected. I’d be grateful for the fact that the rich heritage, natural history, and habitat of these lands are preserved for future generations to enjoy. And I truly look forward to one day sharing with my children the experience of the Wovoka wilderness. I would be very thankful for that.

Join Scott, Tristan, and The Pew Charitable Trusts in celebrating wilderness and its important place in the lives of U.S. veterans.

Read about some of the wild places Congress could yet safeguard before it adjourns.