Fifty years after the passage of the Wilderness Act, the law remains the nation’s most effective tool for protecting wild places. The two dozen bills now before Congress would together add more than 2.6 million acres of wild land to the National Wilderness Preservation System established by the act. The vitality and durability of the Wilderness Act are a credit to the visionaries who created this law, and to the local people who have advocated over the years for Congress to conserve wildlife habitat, ensure a supply of clean water, and provide opportunities for recreation.

As evidenced by the large number of bills on the congressional docket, the anniversary of the act has been a rallying point for those Americans from coast to coast working to safeguard extraordinary natural landscapes from development. Wilderness protection has always primarily emerged from community-based efforts—people taking stock of the natural beauty found on their local public lands and deciding that the treasures there are worth passing on to future generations.

Included in the two dozen bills before Congress are 12 areas Congress can protect as early as this year: 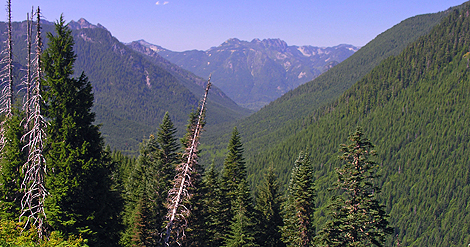 This area is the closest and most accessible to residents of the greater Seattle metropolitan area. 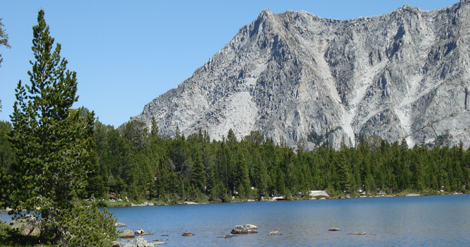 The Forest Jobs and Recreation Act (S. 37) would designate nearly 700,000 acres of wilderness across the Beaverhead-Deerlodge, Lolo, and Kootenai National Forests, including the East and West Pioneers, the Sapphires, Lost Cabin, and Lima Peaks, and adding to the Lee Metcalf, Anaconda-Pintlar, and North Fork Blackfoot Monture Creek Wilderness Areas.

The bill would also improve forest health and fish and wildlife habitat as well as preserve hunting, fishing, hiking, and horseback riding traditions. Along with wilderness protection, the measure would designate areas for backcountry recreation and areas for forest stewardship. 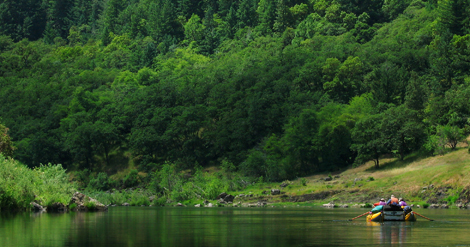 The Oregon and California Land Grant Act of 2013 (S. 1784) would help solve the decades-old issue of management of the 2 million acres of “O&C” lands in western Oregon. Included in this legislation is 87,000 acres of wilderness protection for the Wild Rogue and Devil’s Staircase areas, as well as roughly 165 miles of wild and scenic rivers. While the bill does allow for increased timber harvest, it will safeguard some of the nation’s oldest forests from logging and commercial development. People visit Oregon and the “O&C” lands in the proposal to hike, fish, whitewater raft, kayak, and camp. 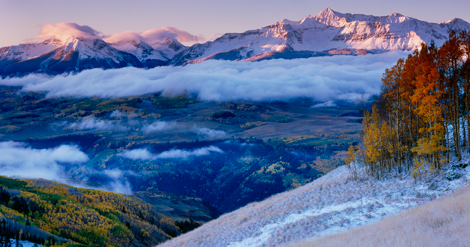 The San Juan Mountains Wilderness Act of 2013 (S. 341) would conserve nearly 55,000 acres of public land in southwest Colorado, including 32,000 acres as wilderness. This addition to the 480,000-acre San Juan National Forest wilderness will provide protection to critical landscape linkages.

The San Juan Mountain range is one of the most geologically diverse mountain ranges in the world and is home to the threatened Canada lynx and the Gunnison sage grouse, and Colorado River cutthroat trout, whose status is under review. The wilderness legislation is supported by local communities, elected officials, ranchers and recreation groups. 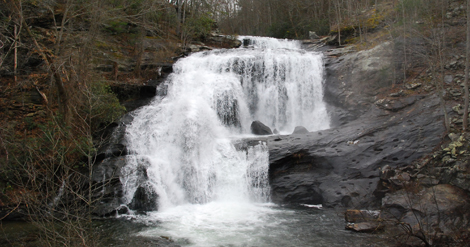 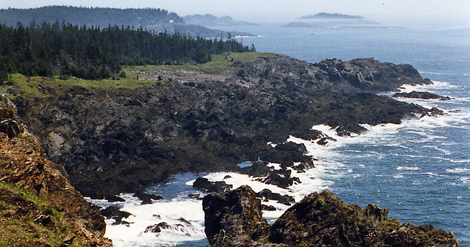 The bill will designate 3, 125 acres of wilderness, preserving pristine habitat for migratory seabirds and waterfowl and elevating the profile of the area to boost tourism for the area's economy. 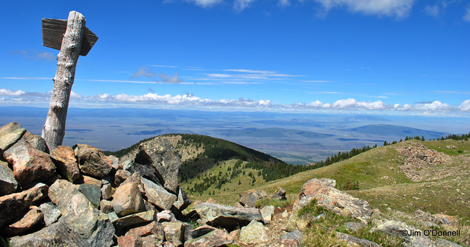 The Columbine-Hondo Wilderness Act (H.R. 1683/S. 776) would protect 45,000 acres of wilderness north of Taos in the Carson National Forest.

The area encompasses the Sangre de Cristo Mountains, including Gold Hill, its highest peak, and is home to elk, mountain lion, black bear, pine marten, and Rio Grande cutthroat trout. It also contains the headwaters for two rivers that supply water to the Acequias used by the local community. 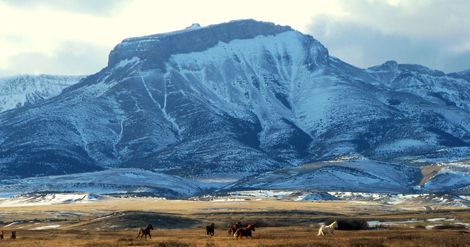 The Rocky Mountain Front Heritage Act (S. 364) would safeguard 275,000 acres of rugged public land in western Montana. The bill will add 50,500 acres to the Bob Marshall Wilderness and 16,700 acres to the Scapegoat Wilderness.

The legislation would also designate 208,000 acres as conservation management areas and prioritizes noxious-weed eradication and prevention on these public lands. 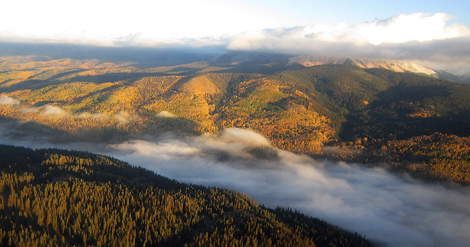 The bill will designate nearly 38,000 acres of wilderness within the watershed. The area is prized for its stunning vistas, pristine water quality, and diverse plant and animal species. 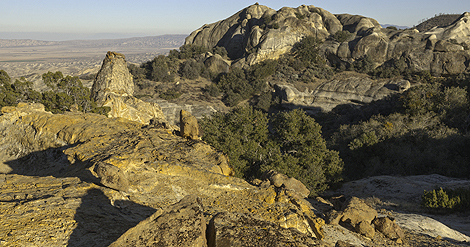 The Central Coast Heritage Protection Act (H.R. 4685) would preserve 245,665 acres of new and expanded wilderness in the Los Padres National Forest and the Carrizo Plain National Monument. It would also designate wild and scenic rivers and a new national recreational trail.

The proposed areas provide habitat for more than 450 species of wildlife and 1,200 plant species, including more than 90 at risk of extinction, like the San Joaquin kit fox, steelhead trout, arroyo toad, and the California jewelflower. The region is home to the endangered California condor, the largest and most endangered North American bird species. Visitors from around the world come to these coastal mountains and grasslands to hike, backpack, camp, bird-watch, ride horses, hunt, fish, kayak, and mountain bike. 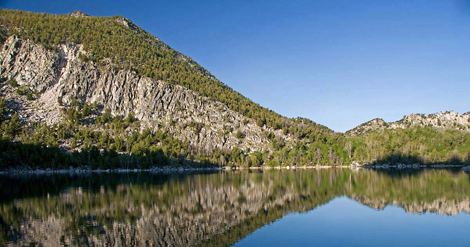 The Lyon County Economic Development and Conservation Act of 2013 (H.R. 696/S. 159) would designate 48,000 acres of wilderness, protecting historic, cultural, and natural resources. It would also convey 12,500 acres of land to the city of Yerington for economic development surrounding the Nevada Copper mine. The Wovoka Wilderness would be named in honor of the Native American spiritual leader and father of the Ghostdance, who lived near the area.

The House bill would also designate the 26,000-acre Pine Forest Range Wilderness in northwest Nevada, a popular destination for sportsmen and recreationists and prime habitat for mule deer, sage grouse, and mountain lion. 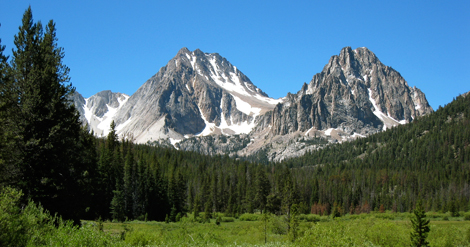 The Boulder-White Clouds in Central Idaho is the largest unprotected wild roadless area in the national forests of the lower 48 states. Its broad range of elevations and habitats lends to the area’s enormous biological and geographical diversity. Since the land is uninterrupted by roads, Boulder-White Clouds is a popular hunting and fishing destination, with spawning salmon and big game such as elk, moose, mountain goat, bighorn sheep, black bear, and cougar.

The Central Idaho Economic Development and Recreation Act (H.R. 145) would permanently protect over 330,000 acres of wilderness.

The bill would create three wilderness areas in the Sawtooth and Challis National Forests and the Challis District of the Bureau of Land Management within the Boulder-White Clouds Mountain range.