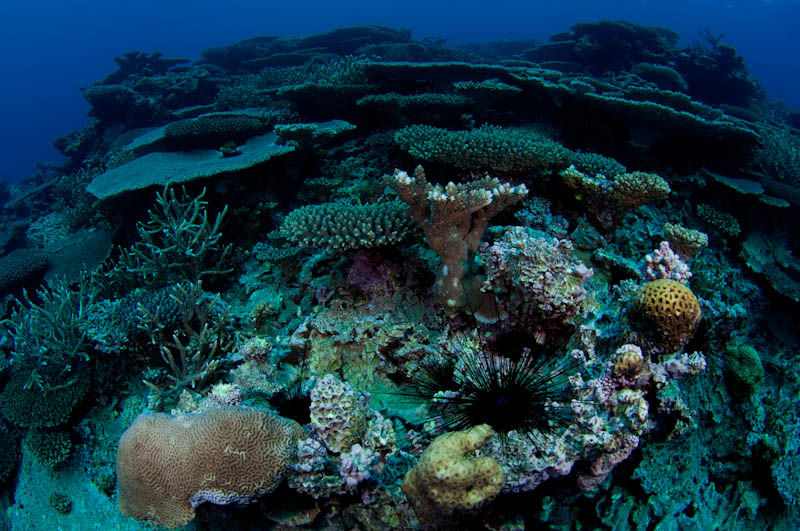 Some of the large plate and staghorn corals in the northwestern bays around Rapa.

ABOARD THE RESEARCH VESSEL BRAVEHEART—Our expedition to sample marine life in the waters around the Austral and Gambier islands of French Polynesia has drawn to a close, and we are headed back to New Zealand—but the work is far from over.

The crew set out to examine the biodiversity of these waters, searching for connections with other areas in the South Pacific, such as the remote Pitcairn Islands and New Zealand’s Kermadec Islands. We completed 18 dives off Rapa Iti, Marotiri, Morane, and Mangareva islands and filled 24 20-liter buckets with samples. Unofficially, we counted 272 different fish species.

Collecting the samples, however, was just the start. Once we return to the laboratory, the experts will study what we gathered under the microscope to see if any new species need to be described or recorded for the southern waters of French Polynesia. That process will help uncover any possible connections between life in these waters and life in other distant South Pacific seas. 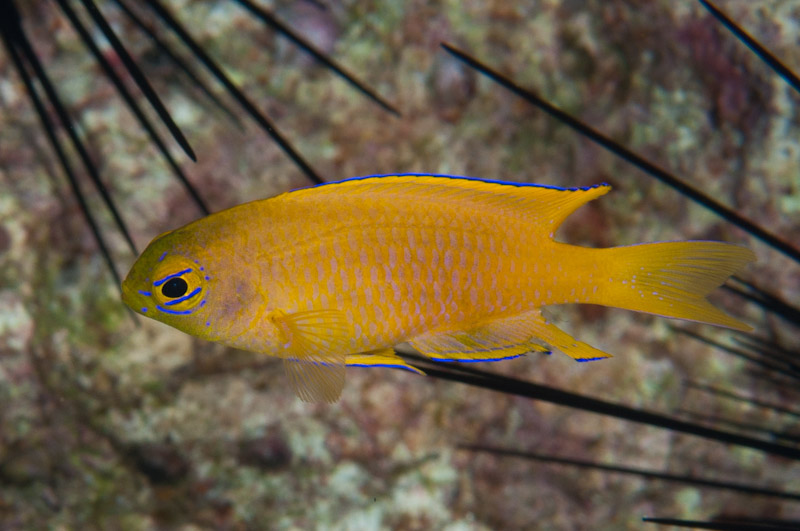 The canary damselfish collected at all sites except Mangareva.

At this point, though, we can make only initial observations and compare what we found at our various dive sites. Bays full of seaweed and large plate and staghorn coral distinguish Rapa’s waters. Marotiri’s have patches of bare rock visible between small lumps of coral. Its wave-swept and isolated environment helps shape the underwater characteristics. Morane features spectacularly clear water and steeply sloping atoll sides with a plethora of small coral species. And Mangareva’s waters show the relationship with the land above the surface in the form of silt lightly covering the reefs.

When it comes to identifying invertebrates, it is hard to tell how different the islands are from one another without looking at the animals under the microscope. Throughout these waters, though, there proved to be a lack of feather stars and little diversity among large molluscs, despite variations in latitude and water temperature.

We saw reef sharks on our dives, but not in the large numbers that are present around the Kermadecs, where a marine reserve provides habitat protection. We also noticed a general dearth of large groupers and other sizable fish. 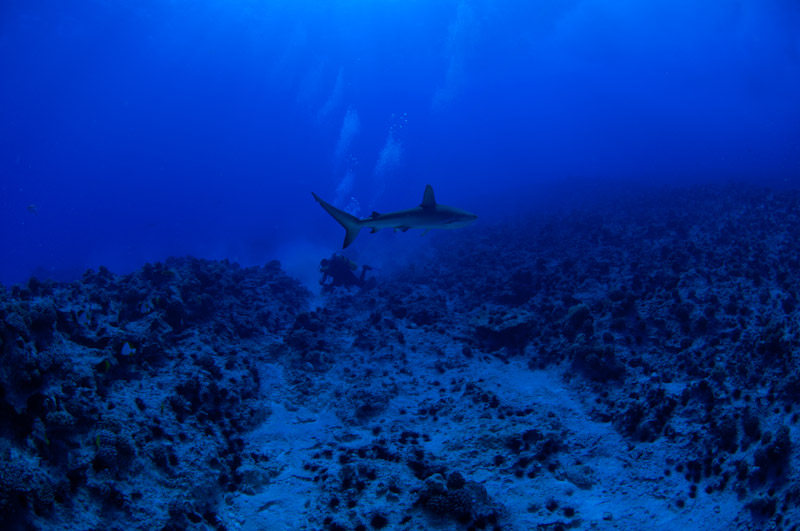 A grey reef shark at Marotiri that is curious about the diver in the background.

It has been a fascinating trip. The weather was generally good, though we did have to cancel dives at Nielson Reef because of rough conditions. Now comes the work of figuring out exactly what we found and what it can tell us about the connections between life in these waters and elsewhere in the South Pacific.