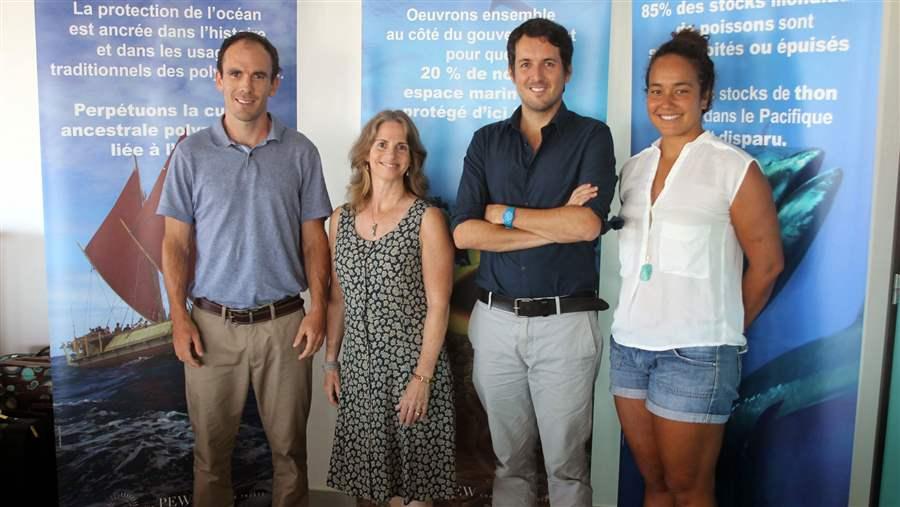 The Pew Charitable Trusts’ Global Ocean Legacy team in French Polynesia hosted a reception in Papeete Sept. 30, 2014, to  spotlight collaborative efforts underway to conserve the waters of the Austral Islands, one of French Polynesia’s five archipelagos.

More than 60 people attended the event in the French Polynesian capital, including government officials, fishermen, marine scientists, and representatives of civic associations and businesses.  Seven mayors from across the Austral Islands  took part, as did the incoming minister of languages, culture, communication, and the environment for French Polynesia.

Communities in the Austral archipelago have invited the Global Ocean Legacy team to collaborate on efforts to designate a large-scale marine reserve in their waters. Pew is working with them to build support for such protections.