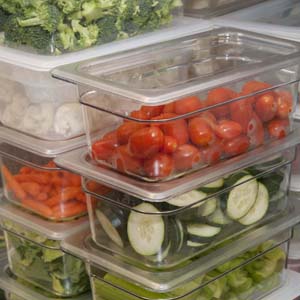 The statistics were startling: One out of every three 8-year-olds in Ohio was overweight or obese. The state ranked fourth in the nation in percentage of overweight high school students, and half of its residents were expected to be obese by 2018. So in 2010, the state Legislature took aim at childhood obesity by passing the Healthy Choices for Healthy Children Act, which set stiff nutrition and physical education standards for elementary and secondary schools.

Cincinnati Public Schools had already eliminated most excess fat and salt in lunches, replacing high-calorie offerings with leaner options and adding salad bars and fruit. Now, the district targeted snack foods—the sweet and salty high-calorie options in vending machines, school stores, and the a la carte line that lured kids away from healthy meals. The problem? The snacks and sugary drinks contributing to the state's obesity problem were also making money for the schools—and that profit provided the funds the district needed to pay for more expensive, healthy food.

Months before the Healthy Choices for Healthy Children Act took effect, Cincinnati Public Schools adopted tough new rules for snacks and other less-healthy foods. From breakfast until the final school bell each day, portions were regulated, drinks were no longer supersized, calories and fat and salt contents were counted, and vending machines were filled with low-fat, low-salt foods such as baked potato chips. Schools eliminated a la carte lines—where previously students could select greasy foods such as cheesesteaks without  eating even a forkful of anything healthy—and created complete, restaurant-style meals that included entrees, vegetables, and fruit.

High school students now enjoy a wide selection of as many as nine healthy entrees each day. “Instead of just having a slice of pizza, they're having it with a whole-grain crust, a salad bar, and a fresh orange. Or a deli sandwich, steamed broccoli, and a pear,” says Jessica Shelly, the district's food service director. “It's the same price for all meals.”

Far from costing the district money, the shift toward more healthful snacks and meals has turned a budget deficit into a sizable surplus. By making the a la carte lunch entrees and snack foods healthier, the district prompted many more students to eat school lunches, for which it receives reimbursement by the federal government as part of the National School Lunch Program. At the start of the 2009-10 school year, the food service program had to borrow $500,000 from the school district to remain solvent. According to Shelly, after implementing the new nutrition policies, Cincinnati Public Schools' food service program ended the year with a cash balance.

New, healthier offerings bring in millions that keep the food services program running in the black. The vending machine operator, who must comply with nutrition standards, pays the district a flat fee for its food service program that was initially used to set up salad bars for every school. Now the funds help offset costs and keep lunch prices stable.

“Partnerships are key, communications are key, marketing is key,” Shelly says. The district built partnerships in the community with a hospital and nutrition council.

Most importantly, the district worked directly with parents and students. Explaining the changes took time, and they needed to be partners in that conversation. Vendors brought samples of food and drinks to schools so that students could participate in taste tests. The district compromised with students by prohibiting, for instance, high-calorie sport drinks but permitting lower-calorie alternatives or allowing high schools to provide large bottles of water instead of the smaller bottles sold in middle schools.