The Canadian boreal forest is one of the world's great natural treasures. Stretching from the Yukon in the west to Newfoundland and Labrador in the east, this ecologically diverse region contains the largest blocks of intact forest and wetlands left on Earth. 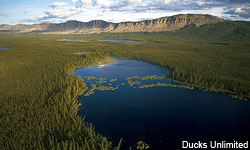 Scientists have found 1 billion to 3 billion nesting birds from 300 species in Canada's boreal forest. Its abundant wildlife and freshwater have sustained Aboriginal communities for millennia.

But the boreal is also rich in natural resources prized by a number of extractive industries. International forestry, mining, oil and gas, and hydropower corporations are all active in Canada's boreal.

The extent of boreal forestland already affected by extractive industries and their support infrastructures is roughly 730,000 square kilometers (180 million acres), an area larger than Texas. Yet, rules and regulations for managing extraction of resources have not kept pace with the rapidly expanding footprint of industry activities and their plans.

A Question of Balance

The question of how to balance conservation and economic development in the boreal has consumed countless hours of discussion among government officials, industry, and local community leaders. A report this week by an international panel of leading scientists, however, outlines a way forward.

The report—“Conserving the World's Last Great Forest Is Possible”—will be released at the annual meeting of the International Congress for Conservation Biology. It explores recent research on the health of the boreal and concludes with a set of clear, science-based guidelines for balancing conservation with development in the boreal.

Key guidelines detailed in the report include:

“With mounting pressures on boreal regions of Canada, it is clear that maintaining the region's globally important conservation values will require very large protected areas,” said Dr. Jeff Wells, report co-author and science adviser to Pew's international boreal conservation campaign. “Ensuring that the identification and management of these areas is led by Aboriginal communities must be a priority.” 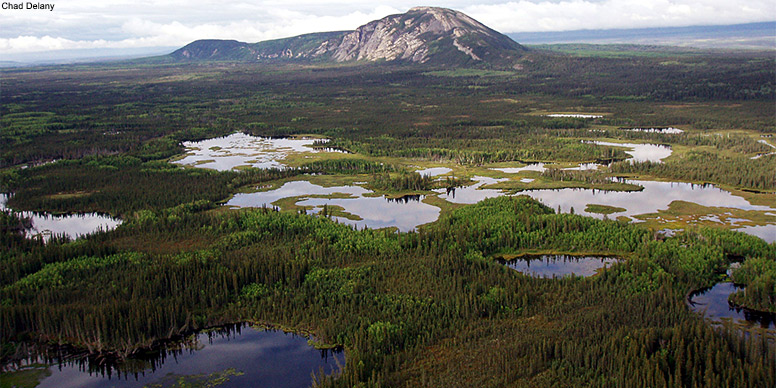 The panel also found a number of immediate opportunities where decision-makers could use current land-use planning initiatives and discussions to make significant conservation gains in Canada's boreal forest. Suggestions highlighted in the report include:

Time Is of the Essence

Time to protect the region and its unique ecosystem from potentially irreversible changes is growing short.

Woodland caribou have disappeared from the southern tier of the boreal. Most healthy wild Atlantic salmon populations now are found only in the undammed rivers of the boreal regions of Quebec and Newfoundland and Labrador. And scientists are raising concerns about the potential effects on the global climate from the release of carbon stored in the boreal forest's soils and plants.

But with proactive community-based planning and the use of clear scientific guidelines, conservation and development demands on Canada's boreal forest can be balanced.

“Canada's boreal forest region is one of the world's last great intact and pristine eco-regions,” said Steve Kallick, director of Pew's global wilderness programs. “Fortunately, many leaders in government, Aboriginal communities, and industry are implementing visionary ideas to balance conservation and development. We feel very hopeful that Canada's boreal forest region will remain one of the world's great ecological treasures.”