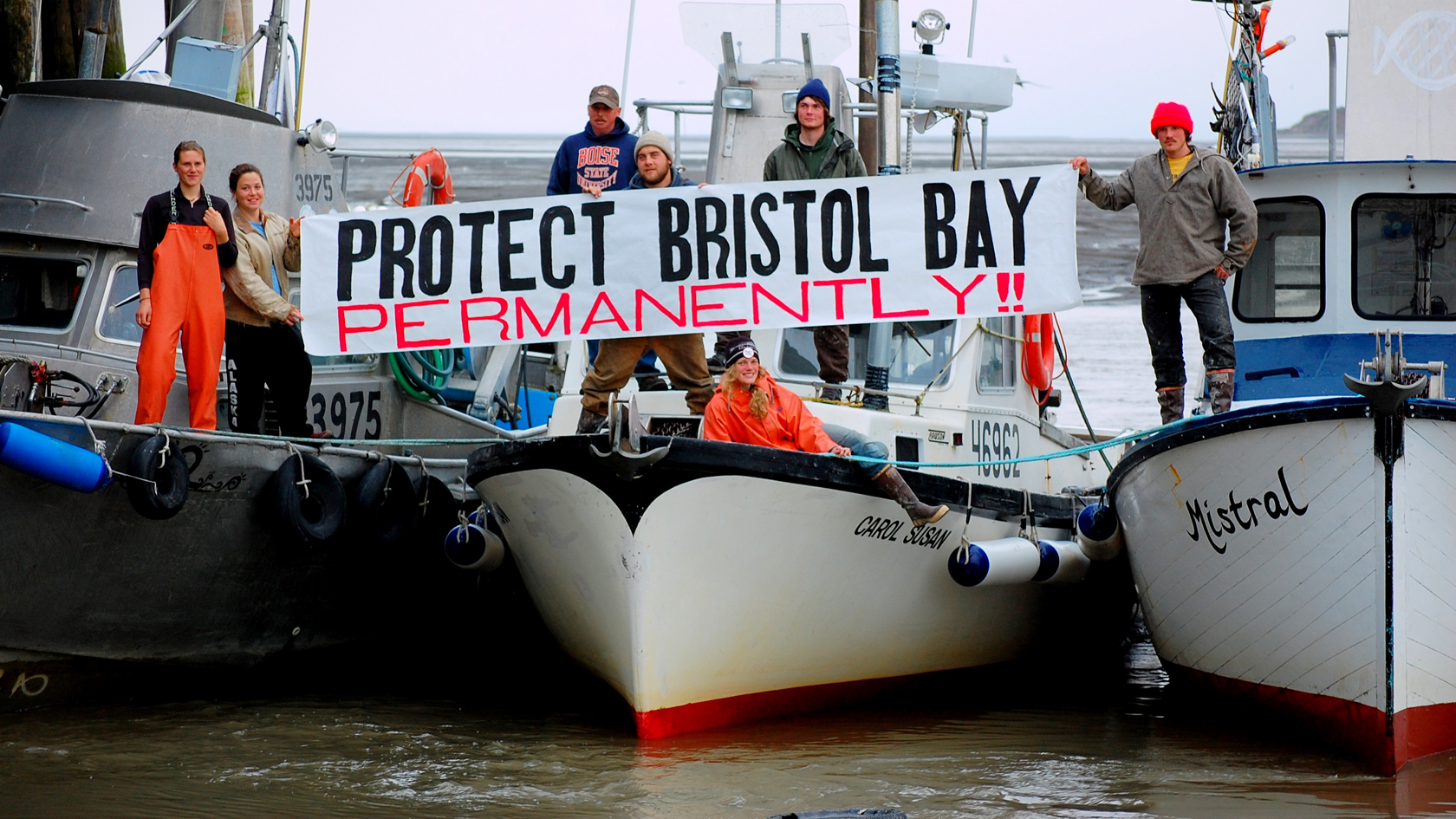 A broad community coalition has advocated to keep Bristol Bay and the Bering Sea free from the risks of offshore oil and gas development.

WASHINGTON —The Pew Charitable Trusts applauds today’s decision by the Obama administration to protect Bristol Bay, Alaska, one of the most productive fishing grounds in the nation. As a member of the Alaska-based Fish Basket Coalition, Pew has worked with the people of Bristol Bay and the seafood industry to achieve protection for local fisheries in this important area.

“The president’s announcement is a victory for the people of Bristol Bay, who for more than 30 years have worked to secure their fishing grounds and ensure that their cultural heritage will continue to thrive for generations,” said Marilyn Heiman, director of Pew’s U.S. Arctic project. “It also means that the region’s incredible fishing, wildlife, and cultural values are permanently protected in one of America’s iconic marine habitats.”

President Obama removed the area from future oil and gas development under section 12(a) of the Outer Continental Shelf Lands Act. The protected area, roughly the size of Florida, is the heart of one of the most productive fishing grounds in the country. It is bounded by the Aleutian Islands to the south and opens into the Bering Sea to the west.

The president's announcement is a victory for the people of Bristol Bay.Marilyn Heiman, Director, U.S. Arctic, The Pew Charitable Trusts

The region supplies more than 40 percent of the seafood caught in the United States, and the largest wild sockeye salmon run in the world funnels into Bristol Bay and its nearby rivers every year. Among the many species sustainably fished from the area are pollock, halibut, sablefish, red king crab, and all five species of Pacific salmon, including chinook, sockeye, and coho. The rich waters also support millions of seabirds and 25 species of marine mammals, including beluga whales, gray whales, and Pacific walrus.

According to the Bureau of Ocean Energy Management, the area has a low potential for oil and gas discovery, with those resources estimated to contribute $7.7 billion total over the 25 to 40 years of production. By comparison, recent NOAA figures valued the Bering Sea region’s commercial fisheries at $2.5 billion a year on average.

“We have great fisheries in Bristol Bay worth billions of dollars because we have protected our fishing grounds and our spawning beds from mining in the headwaters and oil and gas rigs in the ocean,” said Robin Samuelsen, chairman of the Bristol Bay Economic Development Corp. “Our fisheries bring economic benefits to our people and have sustained a way of life for thousands of years.” 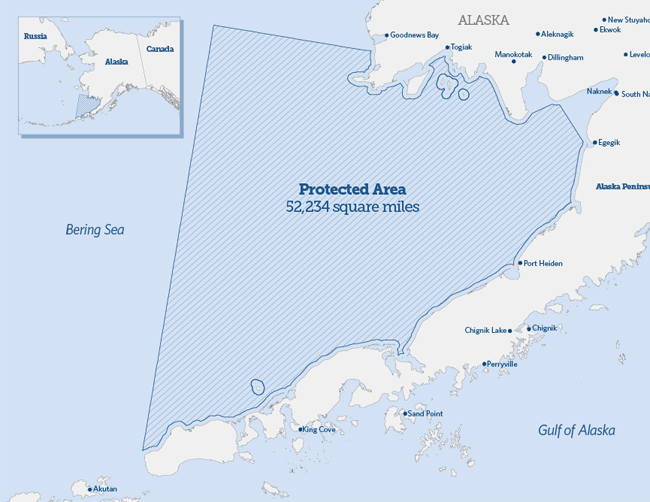 Either Congress or the president has extended temporary protection to Bristol Bay for decades without reaching a permanent solution. In 1986, the government sold leases for the area to oil companies but bought them back at taxpayer expense in 1995 after the Exxon Valdez oil spill. The area was largely protected through congressional moratoriums or presidential withdrawals until 2007, when a new lease sale was scheduled. In 2010, the area was again put off-limits, in a temporary measure that was to expire in 2017.

“With the removal of Bristol Bay from the federal offshore oil and gas leasing program in perpetuity, we have more certainty that our waters will be safe for the sustainable fisheries that make our jobs possible and provide a renewable economy,” said David Harsila, president of the Alaska Independent Fishermen’s Marketing Association. “This has been a long time coming, and Bristol Bay fishermen are breathing a collective sigh of relief.”