Two Indigenous Cultures Bond Over a Shared Approach to Conservation

Not long after they arrived in Canada, they were covered head to toe in heavy coats and warm pants. Thick boots kept their feet dry, and enormous gloves insulated their hands from the biting cold. Only their eyes showed from beneath their balaclavas.

Just a few days earlier, this delegation of Aboriginal Australian land management leaders had left home amid a blistering heat wave. The temperature was 115 degrees.

But not here in the Northwest Territories. Not now, during February’s polar vortex. It was 40 below zero, and they were going dog-sledding with their Dene First Nation hosts in Yellowknife.

“You think you’ve been cold before, but you’ve never been this cold in your life,” says David Ross, director of Australia’s Central Land Council. “Dog-sledding was like being in the movies. It was a really different experience.”

But this was a trip built less on differences than on similarities. The Australian visitors found that they had much in common with their Canadian hosts: a cultural obligation to care for the land, a connection to its ancestral history, and a desire to protect it for future generations as recognized owners and managers.

Australia’s three-member delegation—Ross, Dean Yibarbuk, and Denis Rose, each boasting over 20 years’ experience in Indigenous land management and self-determination—had made the 8,400-mile trek to discuss the success of their country’s Indigenous Ranger program and share their insights on effective approaches to conservation.

For two decades, Australia has invested in Indigenous Protected Areas (IPAs), which are swaths of land and sea owned and managed by Indigenous Rangers and protected for their natural and cultural values. The rangers—123 groups of them across the country—are men and women who combine traditional land management skills (such as the patchwork burning of native vegetation to limit wildfires) with cutting-edge technology (such as drones) to monitor, manage, and protect the land. The Pew Charitable Trusts’ Outback to Oceans Australia project, in partnership with a network of 40 Indigenous land and sea management groups, works to help secure funding for land management in Australia. In Canada, Pew’s international boreal conservation campaign supports the establishment of more extensive Indigenous land management across the country. So Canada’s Indigenous Leadership Initiative saw an opportunity to bring these Indigenous workers together to learn more about how their counterparts operate.

Australia has invested $883 million in Indigenous Ranger programs since 2007, with IPAs protecting 170 million acres of land and sea—or nearly half of Australia’s national system of parks and conserved lands. Indigenous peoples are delivering similar benefits in Canada, identifying Indigenous protected areas and creating more than 40 Indigenous Guardian programs to manage lands and waters. In 2017, the federal government of Canada committed $25 million over the next five years in a pilot project to support Indigenous Nations’ development and the expansion of guardian programs. The thinking behind these programs in both countries can be summed up in a saying often repeated across the Outback: “People need country, and country needs people.” In the Outback and the boreal, Indigenous peoples have been connected to the land—and active managers of it—for thousands of years, fostering skills and knowledge that have been passed down through generations. This inherited knowledge can be used in partnership with the conservation approaches practiced today.

Across Canada, the Indigenous guardians manage protected areas, restore animals and plants, test water quality, monitor development projects and illegal activity in fisheries and forests, and protect cultural sites. In the far north, they also help to research the effects of climate change in the Arctic. The guardians’ funding model is inspired by that of Australia’s rangers, who monitor wildlife, control invasive species, reduce destructive wildfires, maintain tourist and cultural sites, and respond to the effects of a changing climate.

But the benefits of Indigenous conservation programs run deeper than conserving the landscapes. Research in Australia has shown that the programs have transformative impacts on families and communities, affording people a sense of purpose and reinforcing cultural connection. Rangers become role models for young people and bring social, cultural, and economic prosperity to the communities involved, including jobs, education assistance, and other training.

“Rangers and their work can be a catalyst for the community,” says Patrick O’Leary, Pew’s conservation partnership manager for Indigenous land management issues across Australia’s Outback. “They bring the inherited knowledge of elders together with the younger people and children, allowing them to be in touch with the land and to learn the local stories and cultural protocols their elders used when managing land over thousands of years.” O’Leary adds that keeping this knowledge alive with current land management, instead of preserving it as a curio of the past, makes it easier to pass the knowledge on to the next generation.

“The ranger program is good for our children, our generations coming up, because we want to bring our kids back out in the landscape and start teaching our knowledge to them,” says Yibarbuk, a senior ranger and cultural adviser with Warddeken Land Management, an Aboriginal-owned not-for-profit company. “Traditional knowledge is fundamentally important and needs to be continued.”

Research has also shown that every dollar invested in ranger programs in Australia can generate up to $3 worth of other benefits, including moving people from welfare to work, improving health, and boosting rural economies. Ranger programs also create employment for more than 2,500 individuals each year. Similar research in Canada shows comparable results, as well as the potential for a dramatic upswing in the country’s return on investment.

Perhaps most important, these programs recognize the vital role that Indigenous peoples play in achieving overall conservation goals, and the long-term payoffs that this type of substantive and ongoing investment can generate—including strengthening communities and protecting land on a sweeping scale.

In Canada, where many Indigenous Nations have identified lands and waters for conservation—places such as the Edéhzhíe Dehcho National Wildlife Area and the proposed Thaidene Nëné National Park Reserve, both in the Northwest Territories—Indigenous guardians are leading conservation efforts. The country aims to protect at least 17 percent of its land by 2020, not only to protect more land and fresh water for all Canadians but also to ensure that more Indigenous communities enjoy the economic, social, and cultural benefits that result from managing the land.

In Yellowknife, where the Australian delegates joined their Canadian hosts in following auroras across the night sky, dinner featured a welcome serenade. “The local Indigenous people decided to play some music,” Ross says. “And what I found interesting is there were about three different generations of drummers. They are passing this ability on.”

During their 10 days in Canada, the Australians also visited Vancouver, Victoria, and Ottawa, where Yibarbuk got an up-close look at a traditional birch bark canoe used by North American Indigenous peoples, which was hanging on the wall of Environment Minister Catherine McKenna’s office.

At lecterns across the country, they answered questions from members of First Nations from regions such as Lutsel K’e, Dehcho, Sahtu, and Haida Gwaii, sharing their experience and perspectives on conservation efforts that work. They found that the knowledge exchange worked both ways.

Cultural Traditions are Alive in The Boreal Forest

In Canada&rsquo;s Northwest Territories, James Marlowe teaches youth how to protect and live off the land. 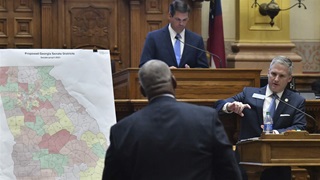 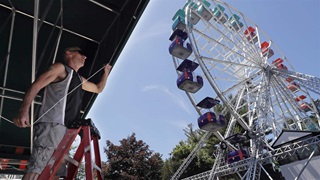