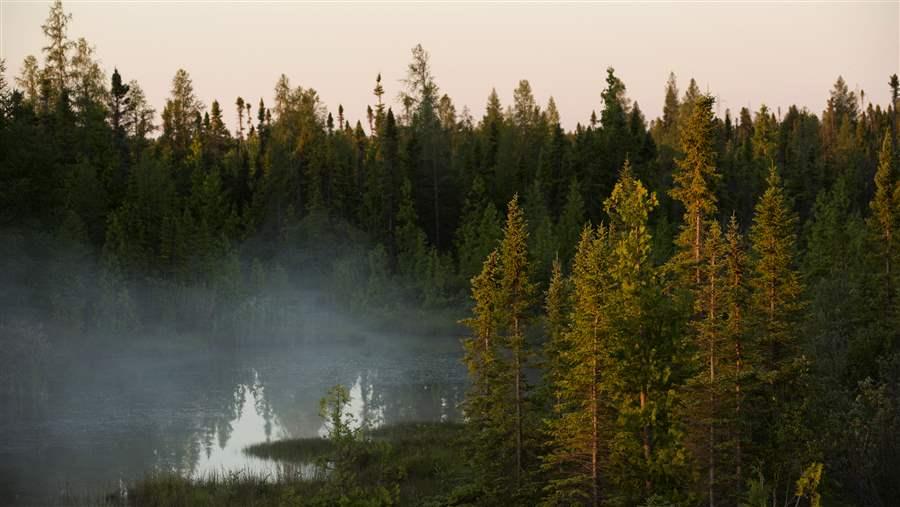 On a planet beset by environmental challenges—from melting glaciers and disappearing forests to warming oceans and dying coral reefs—Canada this week provided a ray of hope by committing substantial new funds to protect a significant portion of the country’s natural areas. Specifically, Prime Minister Justin Trudeau’s government announced funding to accelerate protections encompassing at least 17 percent of terrestrial ecosystems by 2020, and to do so in partnership with Indigenous peoples.

This is an exceptionally ambitious task given the short time frame—the process for safeguarding parks and wildlife areas often stretches up to a decade—but the urgency is needed. Many leading scientists warn that our natural world is so threatened that we could soon lose over 50 percent of the species on Earth to extinction—a calamity equal in scale to the asteroid strike 66 million years ago.

Thankfully, policymakers in Canada and around the world have a framework for addressing that threat: The international Convention on Biological Diversity, signed by 168 countries, calls for collective action to save the animals and plants with which we share the Earth, including by preserving extensive portions of each country’s remaining natural landscapes and oceans as refuges for nature.

Canada has a unique opportunity to show leadership under the Convention. As tens of millions of Canadians—including Trudeau and Catherine McKenna, his environment and climate change minister—already know, the country is blessed with magnificent natural wonders. Among them are the world’s largest remaining intact woodland—the boreal forest; the planet’s largest extent of pristine lakes and rivers; a quarter of the world’s remaining wetlands; extensive carbon-rich arctic tundra; and healthy marine ecosystems.

Even with this abundance, enacting protections is not easy.

In managing many public lands, the Canadian government rightfully must work with Indigenous communities, many of which have endured for thousands of years and have unresolved claims to some of the lands. As part of their efforts to build a new relationship with Indigenous Canadians built on respect and recognition of their rights, the national and provincial governments should work to support new forms of Indigenous-led conservation in their efforts to meet the biological diversity targets. This is particularly important in northern Canada, where most of the country’s intact natural areas—and many of its Indigenous communities—are located.

To maintain that integrity in meeting its terrestrial biodiversity commitment, Canada should support the creation of Indigenous protected areas similar to those in Australia. This is the best and perhaps only way to rapidly expand conservation efforts while honoring Indigenous rights.

The Pew Charitable Trusts applauds Canada for taking a critical step toward meeting its international commitment. By following through with concrete actions, Prime Minister Trudeau and his administration can show other world leaders that they too can use their stature to give future generations a planet that is teeming with life, not devoid of it.