The creators of this country’s civil legal system more than 200 years ago set up a system that had to be navigated by lawyers. But every year, more than 30 million people in the United States try to handle civil court matters—such as debt collection, eviction, and child custody—without legal help. The reality is that state courts are often difficult to maneuver without professional assistance.

A recent survey by the National Center for State Courts (NCSC) found that 59 percent of registered voters agree that “state courts are not doing enough to empower regular people to navigate the court system without an attorney.” And, despite some reservations, most are willing to try using web-based tools to settle certain kinds of disputes more expeditiously and efficiently.

Court systems have begun to explore technology solutions to modernize and increase remote access to the courts to help those who use the civil legal system without a lawyer or who face barriers, such as limited mobility or inflexible work schedules. Among these solutions is online dispute resolution (ODR)—a tool already in use in the private sector to help resolve disagreements between consumers and online retailers.

Applied in the court context, ODR allows people to resolve civil legal disputes online without ever setting foot in a courthouse. State and local court leaders are increasingly looking to this approach to modernize and streamline how individuals interact with civil courts and to address the high-volume types of cases that clog their courtrooms. Since the beginning of the year, chief justices in Hawaii, Iowa, Utah, and Texas have highlighted ODR as a key judicial priority in their State of the Judiciary addresses.

According to the NCSC survey, conducted nationwide last November, 64 percent of registered voters say they would be very or somewhat likely to try resolving their legal disputes online. Of the alternatives to attorney representation provided in the survey, support for ODR proved to be the strongest.

Although interest is growing among court administrators and judges, the technology has been tried in only a handful of jurisdictions and has yet to undergo evidence-based evaluations to show the impact of these tools on the general public. Respondents to the survey expressed interest in this emerging tool but still have doubts about its fairness and their ability to use it successfully.

Those surveyed perceived ODR to be efficient and cost-effective but not necessarily more fair. As courts adopt such online systems, leaders must weigh how to use the technology to streamline court processes without sacrificing fairness. Nearly two-thirds of respondents—65 percent—described ODR as cost-effective for both users and taxpayers, while 55 percent said it would be more efficient than traveling to a courthouse in person. However, a majority expressed the view that sessions at the courthouse are easier to understand (65 percent), better for people without lawyers (56 percent), and more fair and impartial (54 percent), compared with ODR.

Survey respondents preferred going online over visiting the courthouse only when dealing with certain case types, such as consumer debt issues and traffic tickets. Researchers have yet to conduct evidence-based outcome evaluations detailing the effectiveness of ODR by case type.

Reflecting on the survey results, NCSC concludes that “more information is clearly needed for voters to decide whether they want to engage with these new resources.” In 2018, The Pew Charitable Trusts launched its civil legal system modernization project to help make the system more accessible. In partnership with NCSC, this initiative will explore, research, and evaluate adoption of online dispute resolution to provide more information to the field on this emerging technology.

Erika Rickard is a senior officer and Amber Ivey is a manager with The Pew Charitable Trusts’ civil legal system modernization initiative.

Recent research from The Pew Charitable Trusts found that about 4.5 million people in the United States are on community supervision as of 2016. Probation and parole provide a measure of accountability while allowing those who would otherwise have been incarcerated or have already served a term behind bars to meet their obligations to their families, communities, and victims. 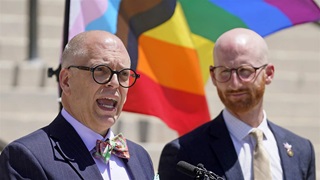 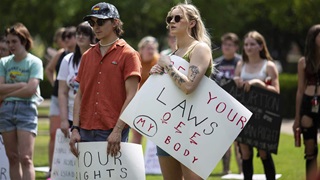 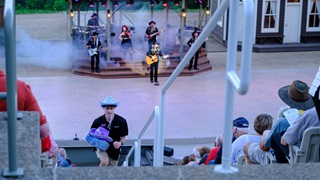