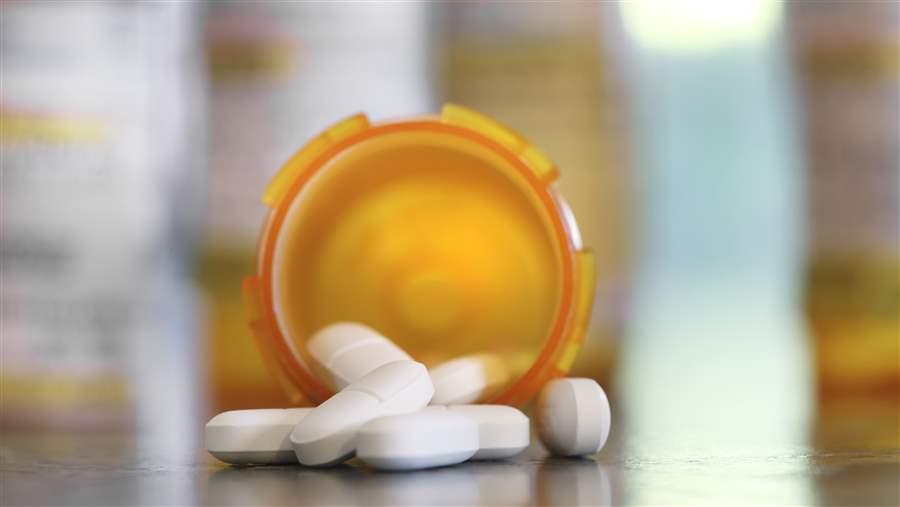 Methadone for the treatment of pain accounts for just 1 percent of all short- and long-acting opioid prescriptions in the United States. Yet approximately 23 percent of all opioid-related overdose deaths in the U.S. related to prescription drugs in 2014 (the most recent year for which this calculation has been published) were associated with this long-acting drug. The high mortality rate may be a result of the drug’s pharmacologic properties. Pain relief from methadone lasts four to eight hours, but its effects on other organs, such as the lungs and heart, can continue for hours longer. As a result, patients may put themselves at risk for respiratory depression and cardiac arrhythmia by taking additional doses of methadone to achieve pain relief before the original dose has been fully metabolized.

Nationally, a strong correlation exists between the rate of methadone prescribing for pain and the rate of methadone overdose deaths. Public health officials have been alerting clinicians to the harms associated with prescribing methadone to treat pain since 2006, when the Food and Drug Administration (FDA) released a public health advisory about risks associated with the use of the drug for pain. FDA, Centers for Disease Control and Prevention (CDC), associations representing clinicians, and health research and policy organizations have called for reducing the use of methadone to treat pain and support using alternative long-acting and extended-release opioids. Since the start of these efforts, dispensing of methadone for the treatment of pain has declined, on average, 3.2 percent per year. Further, methadone-related deaths declined by 39 percent between 2007 and 2014, with an additional 9 percent decrease between 2014 and 2015.

However, earlier research has shown high rates of methadone use to treat pain among Medicaid beneficiaries and found that the drug is disproportionately responsible for overdose deaths among individuals in this population. This may be due, in part, to factors at both the patient and population level that can affect the prescribing rates of a specific opioid. For example, patients who are first given alternative therapies, and fail to respond to them, may be more likely to be prescribed methadone for pain. Population factors that influence prescribing rates can include a higher percentage of patients with co-occurring conditions or pain that is hard to manage. Given that clinical guidelines and FDA-approved product labeling recommend against using methadone as a first-line pain therapy, one would expect that the rate of methadone prescribing would be no higher than that of alternative first-line therapies such as fentanyl and extended-release or long-acting formulations of morphine and oxycodone. However, this research found that in some states the use of methadone as a component of longacting and extended-release opioids is higher than that of alternative pain therapies.

In response, CDC and the Centers for Medicare & Medicaid Services (CMS) urged states to, where applicable, remove methadone for the treatment of pain from their respective Medicaid preferred drug lists (PDL). Preferred status is a designation by which states encourage the use of a drug for a specific disease or condition. Prior to these removal efforts, many Medicaid programs had designated methadone as a first-line therapy for the treatment of pain, likely due to the drug’s effectiveness and availability as a low-cost generic product. Recently, however, many Medicaid fee for service (FFS) programs have taken actions, such as removing methadone from the PDL, to address safety concerns. (The strategies Medicaid programs use to reduce the risk of harm associated with the use of methadone and other opioids are described in “Understanding Prescribing Rates,” Page 3.)

This report seeks to examine whether prescribing rates for methadone for the treatment of pain have changed between 2013 and 2016 across public and private payers and between Medicaid FFS programs with different PDL designations. The report examines data from IQVIA PayerTrak, which aggregates dispensing information from retail pharmacies, to probe the following questions:

How does the use of methadone for the treatment of pain compare across payers—including commercial, Medicare, and Medicaid—and how has this use changed between 2013 and 2016?

The focus of this report is to describe prescribing rates of methadone as a component of alternative long-acting and extended-release opioids used to treat pain in clinical settings across different payer groups. Prescribing rates include prescriptions dispensed in retail pharmacy settings and do not include the use of methadone in outpatient facilities for the treatment of substance use disorders. Rates are reported as a percentage of long-acting and extended-release therapies; therefore, a high percentage does not necessarily mean that a state has a high volume of methadone pain prescriptions. Raw prescribing rates are included in Appendix A.

The long-acting and extended-release prescription opioids included in this analysis are methadone and recommended alternative therapies: fentanyl and extended-release or long-acting formulations of morphine and oxycodone. Solution, lozenge, buccal, or other formulations of these drugs used primarily for cancer-related pain or hospice treatment have been excluded from this analysis. This analysis provides an overview of methadone for pain prescribing across payer groups at the national and state level. However, where the report examines PDL status, the information is only for prescriptions paid for by Medicaid FFS programs.

Strategies to Encourage Safe Methadone Use in Medicaid

Methadone is a long-acting opioid that is predominantly used to mitigate withdrawal symptoms in individuals with opioid use disorder (OUD). However, beginning in the mid-1990s, use of the drug for the treatment of noncancer pain increased. While methadone can provide effective pain relief, its pharmacologic properties present safety challenges when it is used for chronic pain.

Use of Methadone for Pain Declines in U.S.

Efforts by Medicaid, others to encourage safe prescribing practices may have helped reduce risks

Methadone prescriptions to manage pain decreased 26 percent nationwide from 2013 to 2016 following efforts by states to reduce use of the drug, according to a new report from The Pew Charitable Trusts. Pew found that these prescriptions declined across payer types, but most sharply in Medicaid fee-for-service programs.