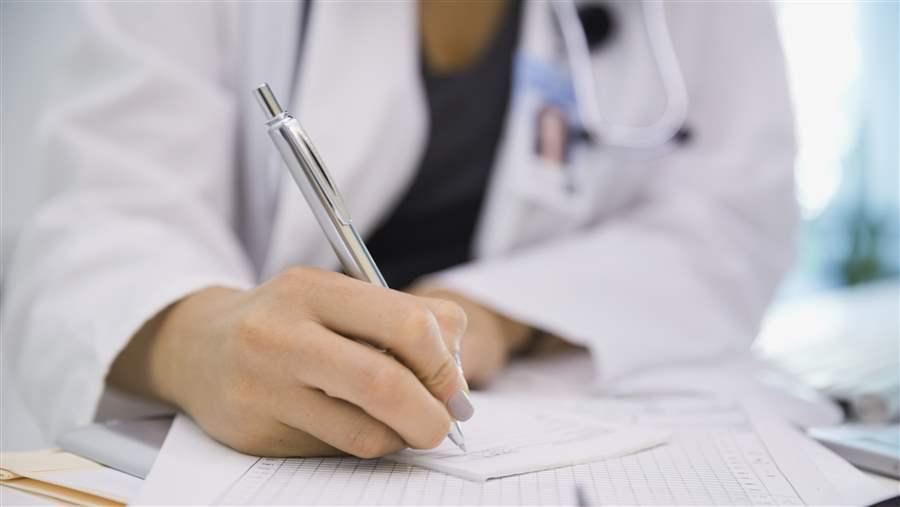 Methadone prescriptions to manage pain decreased 26 percent nationwide from 2013 to 2016 following efforts by states to reduce use of the drug, according to a new report from The Pew Charitable Trusts. Pew found that these prescriptions declined across payer types, but most sharply in Medicaid fee-for-service programs.

Methadone is a long-acting opioid predominantly used to mitigate withdrawal symptoms from opioid use disorder, but the drug has increasingly been used to treat noncancer pain since the mid-1990s. While methadone prescribing rates are low—the drug accounts for just 1 percent of all opioid prescriptions—it is associated with roughly 23 percent of prescription opioid-related overdose deaths. In Medicaid, earlier research showed high rates of prescribing methadone for pain among beneficiaries, and also determined that the drug was responsible for a disproportionate share of overdose deaths in this population.

Federal agencies have urged prescribers and insurers to take action to reduce harms associated with the drug. In 2016, for example, the Centers for Medicare & Medicaid Services called on Medicaid programs to remove methadone for the treatment of pain from their preferred drug lists (PDLs). Preferred status is a designation by which states encourage the use of a drug for a specific disease or condition. In the past several years, many states have taken this and other steps to reduce use of this drug.

Pew’s report ”The Use of Methadone for Pain by Medicaid Patients” examines prescribing rates of methadone for pain across payers to better understand how use of the drug has changed. These payers include Medicaid fee-for-service (FFS) and managed care plans, Medicare plans, and commercial insurance plans. The research finds that between 2013 and 2016:

In addition to removing methadone from PDLs, Medicaid programs—including those in Massachusetts, Oregon, Washington, and West Virginia—have implemented other strategies to encourage the safer prescribing of methadone for pain, which Pew outlines in a new issue brief, “Strategies That Encourage Safe Methadone Use for Pain by Medicaid Beneficiaries.” These strategies include, but are not limited to:

After changing their policies, these Medicaid programs experienced declines in the prescribing of methadone for pain among their beneficiaries, potentially reducing the risk of overdose and other related harms. These examples may serve as models to other states seeking to improve the safety of using methadone for pain.

Cynthia Reilly is director and Sheri Doyle is associate manager with The Pew Charitable Trusts’ substance use prevention and treatment initiative.

Strategies to Encourage Safe Methadone Use in Medicaid

Methadone is a long-acting opioid that is predominantly used to mitigate withdrawal symptoms in individuals with opioid use disorder (OUD). However, beginning in the mid-1990s, use of the drug for the treatment of noncancer pain increased. While methadone can provide effective pain relief, its pharmacologic properties present safety challenges when it is used for chronic pain.

The Use of Methadone for Pain by Medicaid Patients

An examination of prescribing patterns and drug use policies

Methadone for the treatment of pain accounts for just 1 percent of all short- and long-acting opioid prescriptions in the United States. Yet approximately 23 percent of all opioid-related overdose deaths in the U.S. related to prescription drugs in 2014 (the most recent year for which this calculation has been published) were associated with this long-acting drug.