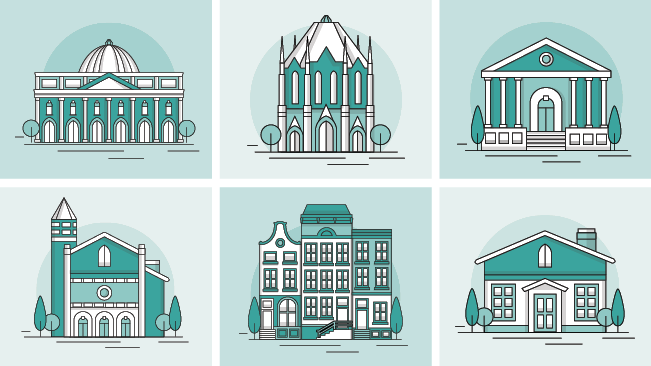 Expensively built, many historic churches, synagogues, mosques, and temples have survived decades of deferred maintenance amid diminishing religious observance to remain architectural, historical, and cultural landmarks—and bulwarks of stability in their neighborhoods. The buildings provide value that goes beyond their importance to the congregations and religious leaders occupying them: Some host outreach programs that serve the needy, the jobless, and the addicted. Others house nonprofit groups, preschools, and even startup businesses.

Even so, many congregations are likely to face tough decisions in the years ahead about what to do with their aging buildings, some of which face major and potentially costly repairs to their interiors and operating systems. Possible outcomes include abandonment of the buildings, which could lead to vacancy and deterioration or demolition; takeovers by other congregations; and reuse as schools and apartment buildings or other purposes.

What this report examines

This research, led by PennPraxis at the University of Pennsylvania with assistance from Partners for Sacred Places, seeks to document Philadelphia’s historic sacred places, to examine the role these buildings play in the city’s public life, and to analyze what factors are likely to determine whether those currently functioning as religious facilities will continue to do so—or face different futures in the years ahead.

In addition to cataloging the city’s historic sacred places and their conditions, the research included in-depth examinations of 22 of the structures—20 churches, a synagogue, and a Buddhist temple—and interviews with the leaders of their congregations. All were still in religious use, and they were chosen to provide a representative sample of the larger group in terms of geography, architecture, denomination, and how long the congregation had been in existence. The goal was to identify key factors of vulnerability and resilience that will help determine whether the buildings continue to be used for their original purpose or adapted for a new use. (A list of the 22 congregations can be found in Appendix A of the report.) 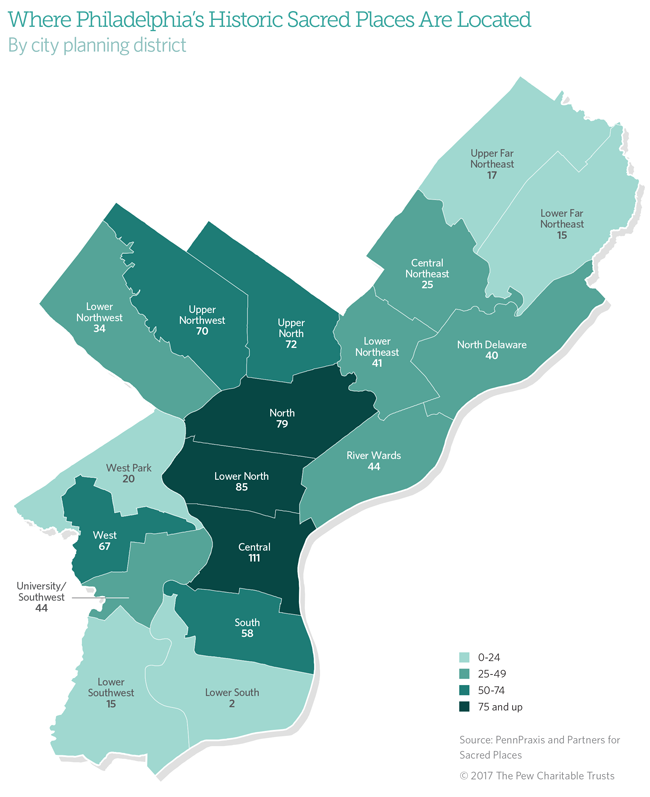 The vast majority of the city’s 839 historic sacred places—83 percent—remained in religious use at the time of the survey, although nearly half of those were no longer occupied by the buildings’ original congregations; about 10 percent had been adapted for other uses, including housing, offices, and child care centers; and roughly 5 percent of the buildings were vacant. From 2011 to 2015, at least 23 of the city’s historic sacred places were demolished, mostly by developers. 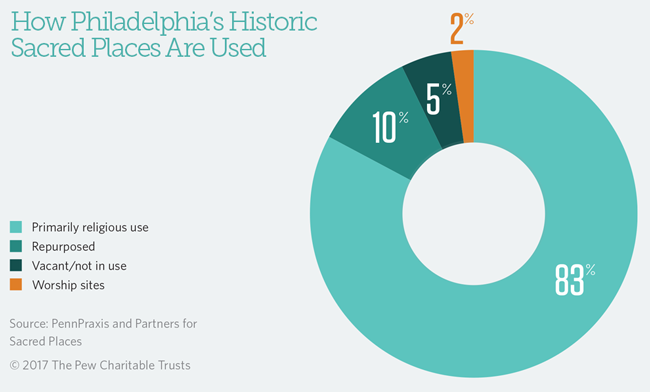 There are internal and external challenges facing the congregations that occupy these buildings —not least among them the decline of religious participation in 21st-century America, as documented in a 2015 report by the Pew Research Center.

Internal factors of vulnerability were found to include the following:

The evidence from the study suggests that financial stability and the leadership abilities of clergy and other decision-makers are the primary elements of resilience.

Of the 839 historic sacred places inventoried, 662 (79 percent) had no form of historic designation. Of the 177 that had such a designation, 71 were listed on both the Philadelphia Register of Historic Places and the National Register of Historic Places, 69 just on the Philadelphia register, and 37 just on the national register. 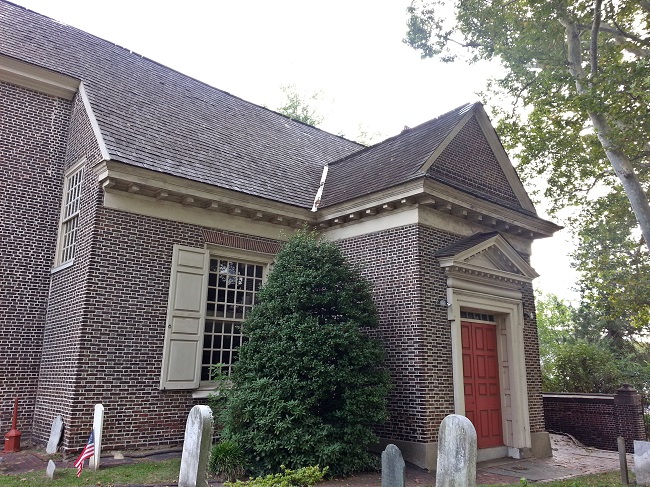 On the whole, Philadelphia’s historic sacred spaces have proved to be remarkably resilient over the years: The structures were built to last, and mostly they have. But as the close-up examination showed, many of the buildings were in need of substantial investment for such items as damaged roofs and ceilings and failing heating and electrical systems. As buildings deteriorate and attendance at religious services shrinks, a significant number of congregations will have to determine what to do with their worship homes in the years ahead.