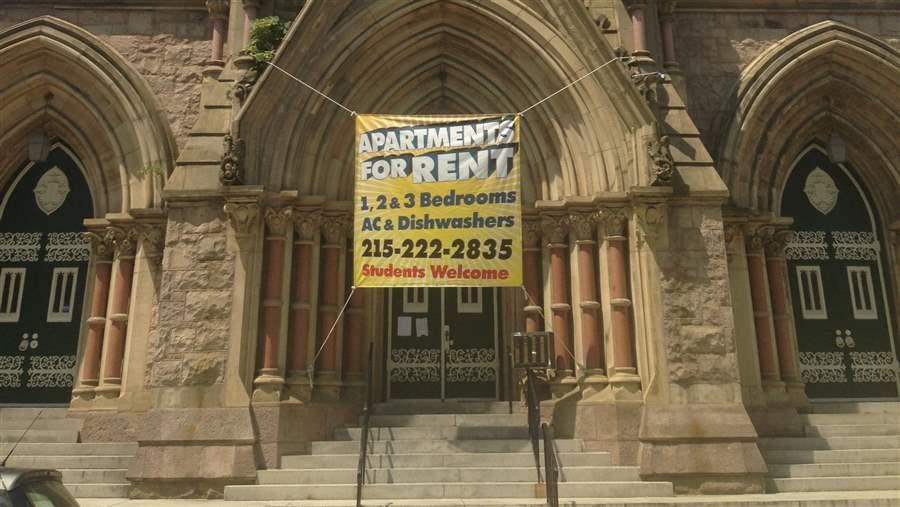 Built in 1878, the former Saint Agatha’s Roman Catholic Church is now The Cloisters, an apartment building in the Powelton Village section of West Philadelphia.

A new report from The Pew Charitable Trusts found that nearly 10 percent of the city’s 839 structures built for religious purposes prior to 1965 had been put to other, non-religious uses as of 2015 and early 2016, when the survey was conducted.

As the graphic below shows, the most common reuse was residential, with 17 buildings repurposed as multifamily residences and seven as single-family homes. Eight were being used as schools, and six housed preschool or childcare centers. Others had become homes to arts and culture centers, service agencies, and professional office complexes. The largest number of changes came in the city’s Central planning district, which includes Center City, with the rest scattered in other sections. 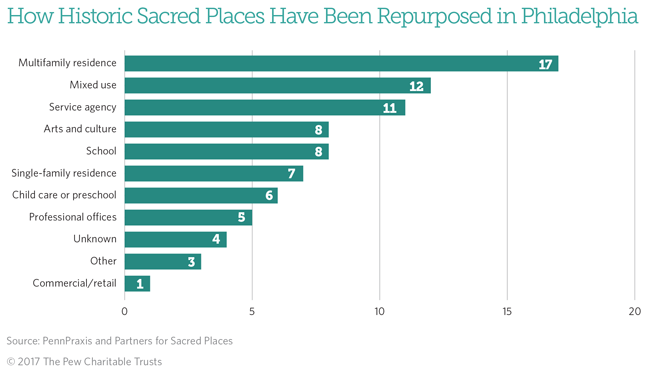 A 128-year-old church building in the Graduate Hospital neighborhood is one example of how a historic sacred place can be repurposed. The structure, built as St. Anthony of Padua Catholic Church and later home to Greater St. Matthew Baptist, now houses 38 residential units and is known as Sanctuary Lofts. 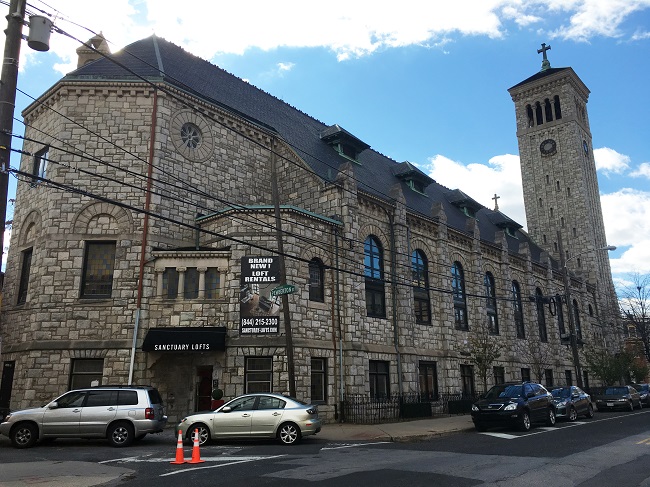 In 2015, the Waldorf School of Philadelphia moved into the former St. Peter's Episcopal Church of Germantown. The church, which was designed by famed Philadelphia architects Frank Furness and George Hewitt in the 19th Century, had sat empty for years. 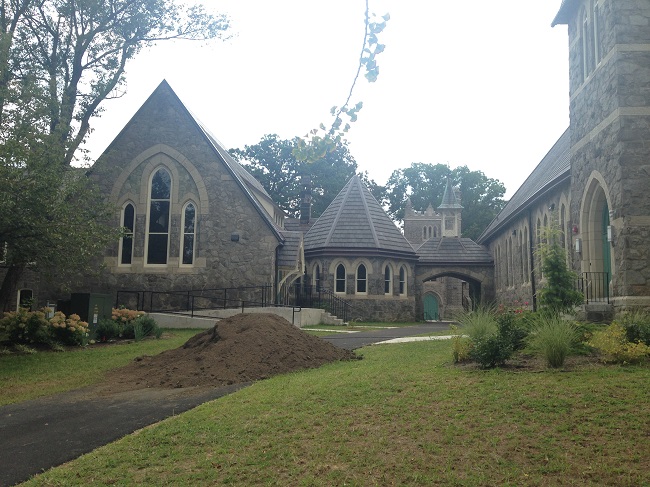 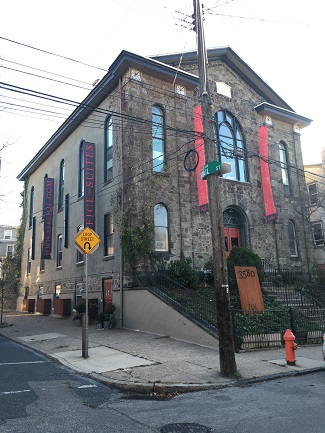 In East Falls, a stone building that was once home to the Falls of the Schuylkill Methodist Episcopal Church has been repurposed as an office complex. In recent years, the building has housed a design firm, freelance writers, an illustrator, graphic designers, an artisanal baker, therapy offices, and a photographer.

Factors that determine whether an historic sacred space can be readily adapted to other uses include the nature of the neighborhood—options are likely to be more plentiful in areas that are stable or undergoing revitalization—the condition of the building, and the layout and/or size of the structure. The largest share of those that have been repurposed had relatively simple floor plans and relatively modest footprints. Larger churches with more intricate layouts or those with soaring vertical spaces can be more difficult to adapt.

Pew’s report, Philadelphia’s Historic Sacred Places: Their Past, Present, and Future, is based on research performed by PennPraxis of the University of Pennsylvania’s School of Design, with assistance from Partners for Sacred Places.