Drug-resistant bacteria, or superbugs, present a serious and worsening threat to human health. According to a report from the Centers for Disease Control and Prevention, 2.8 million Americans acquire serious infections caused by antibiotic-resistant bacteria each year, and 35,000 of them die as a result. Doctors routinely encounter patients with infections that do not respond to available treatment, and when new drugs come to market, bacteria can quickly develop resistance to them. To ensure that the supply of new antibiotics keeps pace with these evolving pathogens, it is necessary to have a robust pipeline of new drugs—as well as innovative pathways to bring this medicine to the patients who need it most.

The current assessment of the pipeline shows 43 new antibiotics in development. These drugs would potentially address many, but not all, resistant bacteria. However, given the inevitability that some of these antibiotics will fail to win approval, and that resistance will eventually develop to those that are approved, it is clear that there are too few drugs in development to meet current and anticipated patient needs. As of December 2020:

Pew and other organizations studying the issue of antibiotic resistance advocate for policies that address the scientific, regulatory, and economic challenges to the development of new antibiotics; the goal of these efforts is to keep the pipeline primed with a variety of potential treatments that have the best chance of making it to patients.

Pew advocates for a package of incentives to address the economic challenges that companies face in bringing an antibiotic to market. These include novel financing mechanisms, such as a delinked subscription model, which pays for new, innovative antibiotics based on public health value rather than the volume of antibiotics sold, as well as reimbursement reform that would reimburse hospitals by insurers at a fair rate for use of newer drugs. Any such incentives must also always be paired with policies that help prevent unnecessary and inappropriate use of antibiotics.

Pew supported the approval, in 2012, of the Generating Antibiotic Incentives Now (GAIN) Act, which was designed to stimulate the development of new antibiotics. The law increased the commercial value of antibiotics intended for serious or life-threatening infections—antibiotics designated as Qualified Infectious Disease Products (QIDP)—by extending the period during which the drugs can be sold without competition from generic drugs by five years. Drugs that benefit from GAIN are now in the antibiotic pipeline.

The limited-population antibacterial drug pathway (LPAD) authorized in the 21st Century Cures Act, which passed and was signed into law in 2016, is a regulatory improvement that provides a unique mechanism for FDA to review and approve new antibiotics specifically for use in patients with unmet medical needs. This process will make the development of the most needed antibiotics more feasible while maintaining FDA standards for safety and effectiveness.

A strong pipeline also requires focused efforts to boost basic scientific research and encourage cooperation between academia and industry. Pew is working with key stakeholders to identify ways to effectively address top scientific priorities for the discovery of new antibiotics, a challenge that Pew has addressed in part by launching the Shared Platform for Antibiotic Research and Knowledge (SPARK). SPARK is a cloud-based, virtual laboratory that enables scientists to share data and insights, learn from past research, and generate new insights into how molecules enter and stay inside Gram-negative bacteria. 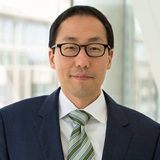 March 30, 2021 Many Hospitalized COVID-19 Patients Are Given Antibiotics