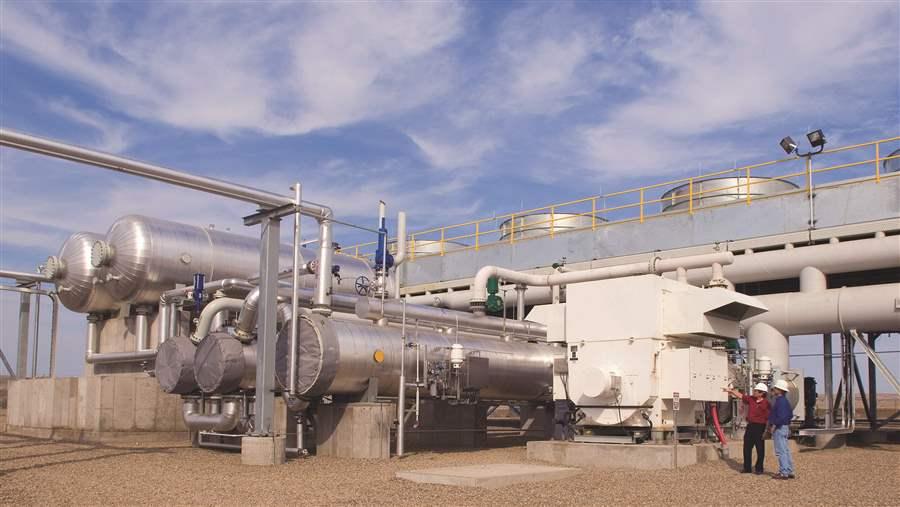 North Dakota has become well-known for its oil and gas development, but the state also boasts abundant clean energy resources. It is a national leader in wind deployment, has a growing industrial energy efficiency sector, and possesses a large untapped potential for solar and biomass. New policies and a drive to capture these resources are propelling the state’s clean energy economy forward and creating jobs. This brief examines the landscape for renewable power growth in North Dakota. 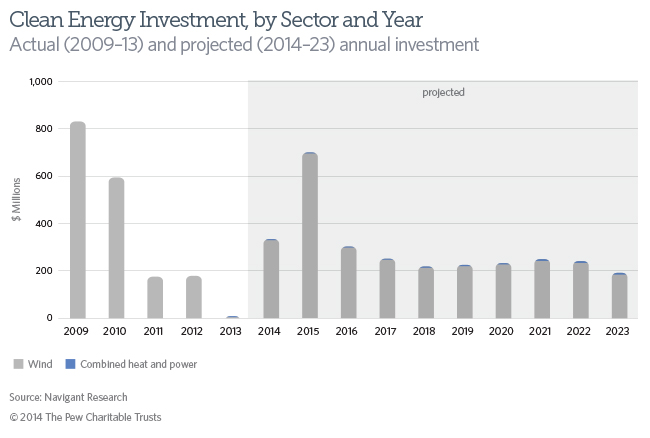 North Dakota’s clean energy sector has gained momentum from its abundant wind resources and policies that encourage deployment. In 2007, the state established a voluntary renewable portfolio standard with a goal of obtaining 10 percent of all retail electricity from renewable sources by 2015.1

In 2007, then-Governor John Hoeven appointed the EmPower North Dakota Commission, a 14-member panel of energy industry representatives, to develop a comprehensive energy policy. The commission has released a series of policy recommendation papers to address the state’s energy needs. The goals outlined in the Comprehensive State Energy Policy report include increasing installed wind capacity to 5 gigawatts by 2020 and sustainably doubling energy production by 2025.2

North Dakota also has a net-metering policy for regulated utilities that allows customers to offset their energy costs by returning electricity to the grid from on-site distributed systems, such as solar panels. The state allows both utilities and customers to own renewable energy certificates—more commonly called credits—for generating renewable electricity. However, compared with other states, North Dakota caps eligibility at a very low limit: only renewable energy and combined heat and power projects of 100 kilowatts or less qualify, excluding benefits for larger projects that might be found in some manufacturing facilities.3

North Dakota has several property and sales tax reductions and exemptions for clean energy equipment and projects.4 It also has a corporate income tax credit providing 3 percent of the capital and installation costs of a clean energy system per year for five years (for a total deduction of 15 percent). Eligible technologies include wind, solar, landfill gas, biomass, and geothermal. However, the credit expires at the end of 2014, creating uncertainty about future investment and adoption of these technologies.5