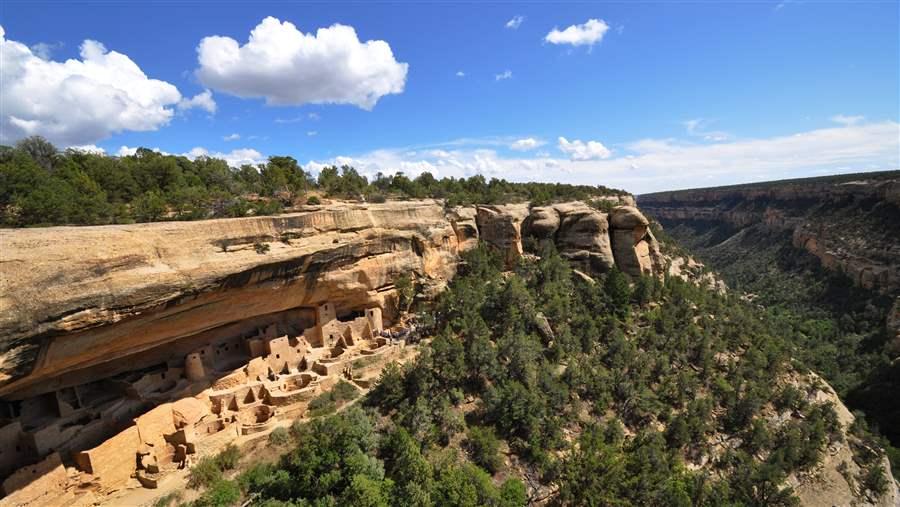 Visitors to Mesa Verde National Park can walk among the ruins of cliff dwellings that tell the story of the Pueblo people who lived in this arid landscape from about 600 to 1300. Designated as a national monument by President Theodore Roosevelt in 1906, the 52,485-acre park and World Heritage site boasts about 5,000 archaeological sites.1 Today, more than half a million people visit Mesa Verde annually, and 26 Native American tribes are associated with it. Despite several initiatives to protect the park, its infrastructure, buildings, and many of the largest cliff dwellings need nearly $57 million in deferred maintenance.

Visitors begin their journey into Mesa Verde on a 20-mile winding road into the mountains, with picturesque views of a canyon-dotted landscape from scenic overlooks. Unfortunately, this access road requires frequent repaving, and deferred repairs to it and other roads total $20 million. Large portions of the park are closed to the public, and even those not cordoned off often have limited access due to deferred maintenance. The Spruce Tree House cliff dwelling is the most visited site at Mesa Verde and the most easily accessible, but falling rocks from a sandstone overhang have kept the more than 700-year-old structure closed since October 2015.2 The $6.4 million repair backlog for Mesa Verde’s archaeological sites also includes the 148-room Cliff Palace dwelling, which needs to be stabilized to prevent the ruins from slipping into the canyon.

Buildings throughout the park require maintenance, ranging from repairs to heating and air conditioning systems to upgrades to restroom facilities. Visitors traversing Mesa Verde find a trail network with rehabilitation needs totaling $3.8 million. The water they drink is sent through pipelines that originate in a mountain range 17 miles away—one of the longest water systems in the National Park System. Unfortunately, sections of the pipelines have degraded and need to be replaced, part of $6.4 million in upgrades for the entire system.

Mesa Verde National Park, in my backyard, has deferred projects valued at almost $57 million. It’s time to develop a plan to address this problem before it’s too late and these priceless treasures are lost for future generations.Karen Sheek, mayor, Cortez, Colorado 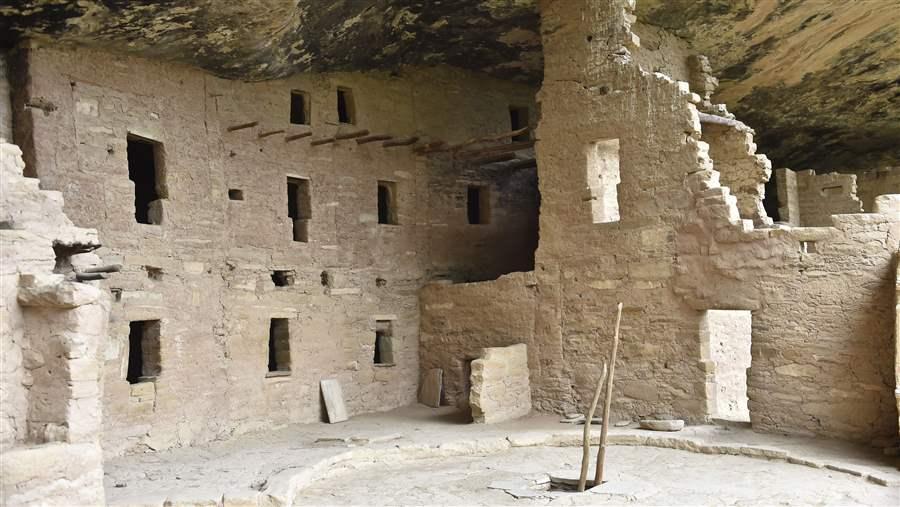 The park’s nearly $57 million maintenance backlog includes the Spruce Tree House, which is closed because of falling rocks.

To address the deferred maintenance needs at Mesa Verde and other National Park Service (NPS) sites in Colorado and across the country, Congress should: 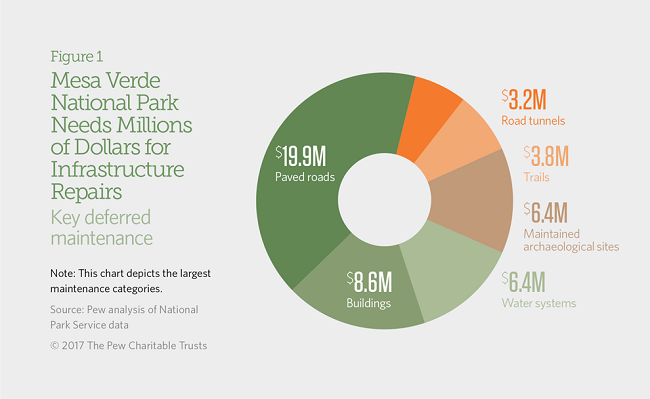 Visitors to Chaco Culture National Historical Park traverse a rocky, 20-mile roadway to reach its entrance and are rewarded with ancient, dun-colored ruins that blend into a quiet canyon. This setting was a thriving trade and political center for thousands of Chacoan people from A.D. 850-1250.

Like other national parks, Florissant Fossil Beds National Monument in central Colorado has picturesque vistas. But its real treasure is underground: The 6,000-acre park has one of the world&rsquo;s richest troves of plant and insect fossils. The well-preserved flowers, leaves, bees, and other insects discovered here help scientists understand how flowering plants evolved. They also tell the story of how America&rsquo;s climate and ecosystems have changed over 30 million years. Park visitors can walk among petrified stumps of redwoods, the ancestors of today&rsquo;s giants in California, or view fossils quarried at the site in the visitor center.