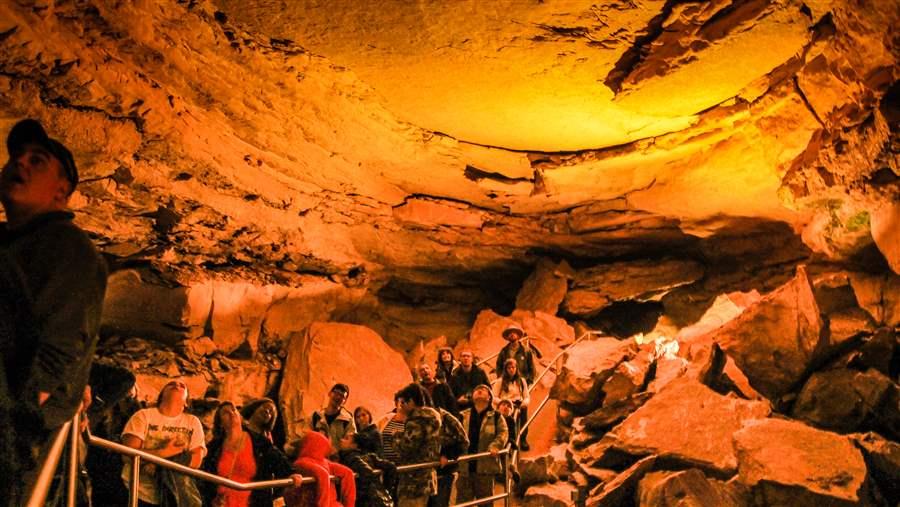 As a new president and Congress prepare to assume leadership in Washington, they should start their work with a unifying issue: fixing America's national parks.

Among our country's proudest legacies, the parks — along with battlefields, memorials, historic homes and other places managed by the National Park Service (NPS) — need almost $12 billion for repairs ranging from aging, unsafe electrical systems to eroded trails and crumbling bridges.

Any large-scale infrastructure initiatives proposed by the new administration and Congress must include a commitment to fix our parks, to restore these national treasures and create jobs.

The items on the NPS deferred maintenance list are not trivial. The agency manages and maintains more than 75,000 assets across rural and urban areas. Those properties include natural lands, cultural and historic artifacts, trails, campgrounds, electrical and water systems, and more than 10,000 miles of roads within the parks.

Of the $12 billion the NPS estimates it would cost to fix its repair backlog, $4.8 billion worth is for park property or facilities that are considered critical to the agency's mission and to providing a positive experience for park visitors.

Examples include a perennially leaky waterline that spans the Grand Canyon and provides all the drinkable water for millions of visitors each year; leaking roofs in many buildings in the Martin Luther King Jr. national historic district, including the historic Ebenezer Baptist Church; and more than $30 million in trail repairs at Mammoth Cave National Park near Bowling Green, Kentucky — the world's longest known cave system, with more than 400 miles of explored underground paths. Half of the backlog is for repairs to NPS roads, bridges and tunnels.

The benefits of investing in national park infrastructure are real. An NPS report released last spring showed that every tax dollar invested in the park system generates $10 in economic activity. In 2015, for example, visitors spent $16.9 billion in communities within 60 miles of national park sites, helping to support 295,000 jobs and creating a $32 billion benefit to the national economy.

Beyond the economics, the NPS needs safe and accessible facilities to serve a wide variety of visitors, including the very young, the elderly and the physically challenged. The NPS faces a particular test in making its sites welcoming to children, many of whom benefit greatly from the healthy, affordable educational and recreational opportunities that parks provide.

This is a fitting time to start the vital work of restoring America's natural treasures. In 2016, the Park Service marked its 100th anniversary, and while the agency used the milestone to celebrate its history and promote its sites, much of the NPS infrastructure is showing its age. Many sites and facilities are at least 50 years old and are struggling under the pressure of steadily increasing use, which reached a record of 307 million visits in 2015.

The new Congress should take its cue from the 84th Congress, which met in 1955. Then, as now, the NPS faced a significant maintenance backlog, with many parks deteriorating after decades of rising use — at the time, a result of the strong postwar economy and the mobility enabled by the nascent Interstate highway system.

In 1956, Congress approved a plan called Mission 66 to address the flagging conditions within a decade, spending $1 billion to fix our parks — equivalent to more than $7 billion in today's dollars. Ten years later, workers had built some 100 new visitor centers and made repairs that improved the guest experience throughout the National Park System.

As the Park Service enters its second century — with 50 years having passed since the culmination of the agency's last significant effort to rebuild infrastructure — the time has come for Congress to renew its commitment to our national parks.

The outgoing Congress recently passed and the president just signed into law the National Park Service Centennial Act, which could generate up to $50 million to address park needs, including deferred maintenance. The measure is a start, and a sign of hope, but the incoming Congress must build on it to keep the $12 billion backlog from escalating.

Our national parks are part of the American legacy and an important part of our economy. They help showcase our rich and diverse culture, our ever-evolving history, and the shared experiences that make us Americans. Now, however, the need to repair them is increasingly apparent to visitors, park managers and community businesses that depend on the parks for their livelihood.

By investing in critical repairs throughout the National Park System, lawmakers will generate jobs and enable rangers to fulfill the NPS's 100-year-old mission to protect our national treasures for this and future generations.