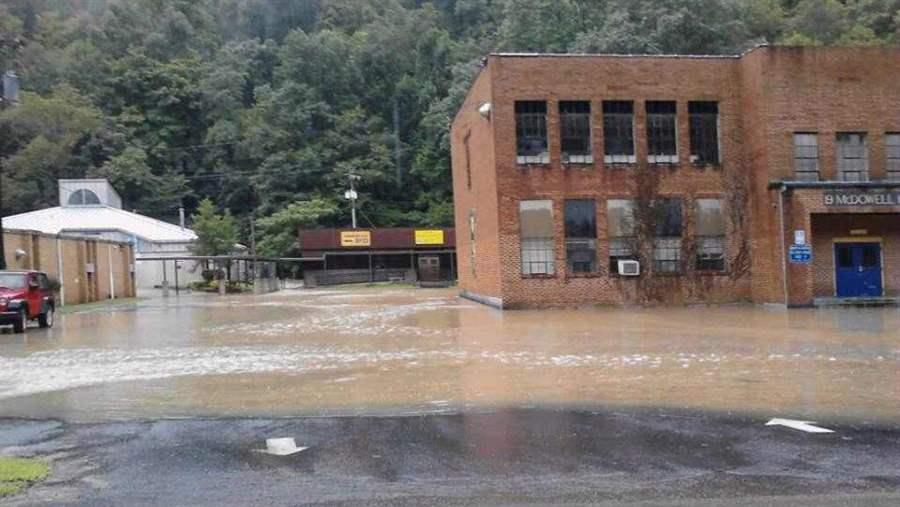 Flooding in 2013 caused $60,000 in damage to McDowell Elementary School in McDowell, Kentucky.

In 2013, severe floods in McDowell, Kentucky, left its elementary school under a foot of water and mud, causing $60,000 in damage. Unfortunately, this was not an isolated event. McDowell Elementary has a history of flooding since it was built in the 1930s. To break the cycle of rebuilding after such events, local leaders are now moving the school to minimize its risk of flooding.

A long history of flooding

McDowell, a community about 140 miles southeast of Lexington, is in a low-lying area of Floyd County. The school has repeatedly flooded because of its proximity to Frasure Creek.1 Floods occur every few years—five between 2007 and 2015.2 Notable events include:

We go through some anger each time it floods, but then we roll our sleeves up. Our motto is whatever it takes for the kids, and our team pulls together and we get it done.Henry Webb, superintendent of Floyd County schools 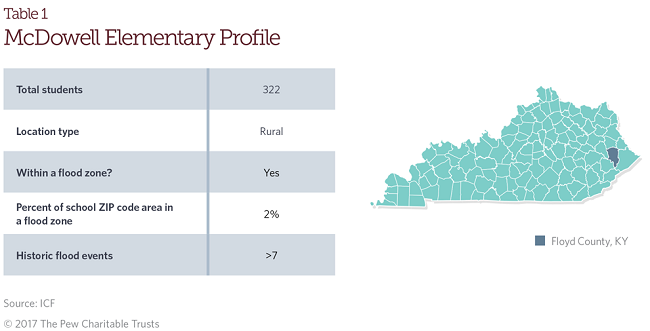 The school district has flood insurance through the Federal Emergency Management Agency (FEMA) National Flood Insurance Program and FEMA-backed Wright National Flood Insurance Co., the industry’s largest flood insurance provider.8 Each flood leaves local access roads completely underwater, paralyzing the community until it recedes.9 McDowell Elementary usually closes for two to five days after a flood, depending on the amount of water and mud and the effect on these roads.10 In the past, FEMA has covered the cost of repairs to the school grounds, parking lot, and playgrounds, and flood insurance has paid for losses inside the school, such as furniture and floor tiles.

Given the frequency of flooding, McDowell Elementary administrators have struggled to find ways to reduce flood risks to the campus. Because of the school’s poor condition and repeated flooding, officials considered merging the school with others in the district in 2010, but state funding was unavailable then.11 The cost of repairing the 80-year-old building after the 2013 flood, combined with challenges tied to its repeatedly flooded facilities, prompted the Floyd County Board of Education to decide to close it in summer 2017.12 Through a consolidation plan, students will move to a new school on the South Floyd High School campus, outside the floodplain. The plan has strong community support.

In 2017, the board will also shutter other schools in flood zones as part of an ongoing Army Corps of Engineers project to address flooding across the county.

Who wouldn’t be excited about a brand new school? And it’s going to be state-of-the-art. ... It’s going to be an awesome thing going to a school that can’t flood. It’s going to be hard, but change is good.Stacy Shannon, South Floyd High School principal and former teacher at McDowell Elementary

Because of the repeated flooding, the community considered the potential flood risk when deciding where to build new schools. Locating campuses outside flood-prone areas not only improves safety, but also lowers potential repair and maintenance costs.13 Relocating the school outweighed the expenses for operations, maintenance, and repeated flood cleanup at its original location.14 This planning should be considered for other essential infrastructure across the country so limited funds are used efficiently and important investments, such as schools, are protected.