Nationwide, Americans in all demographic groups use payday loans. The only requirements to obtain such credit are a checking account and a source of income. Typical borrowers earn about $30,000 per year, and most use the loans to cover recurring expenses such as rent, mortgage payments, groceries, and utilities.1

Payday loans in Ohio are the country’s most expensive, with a typical annual percentage rate (APR) of 591 percent.2 Lenders charge higher prices in Ohio than in any neighboring state. 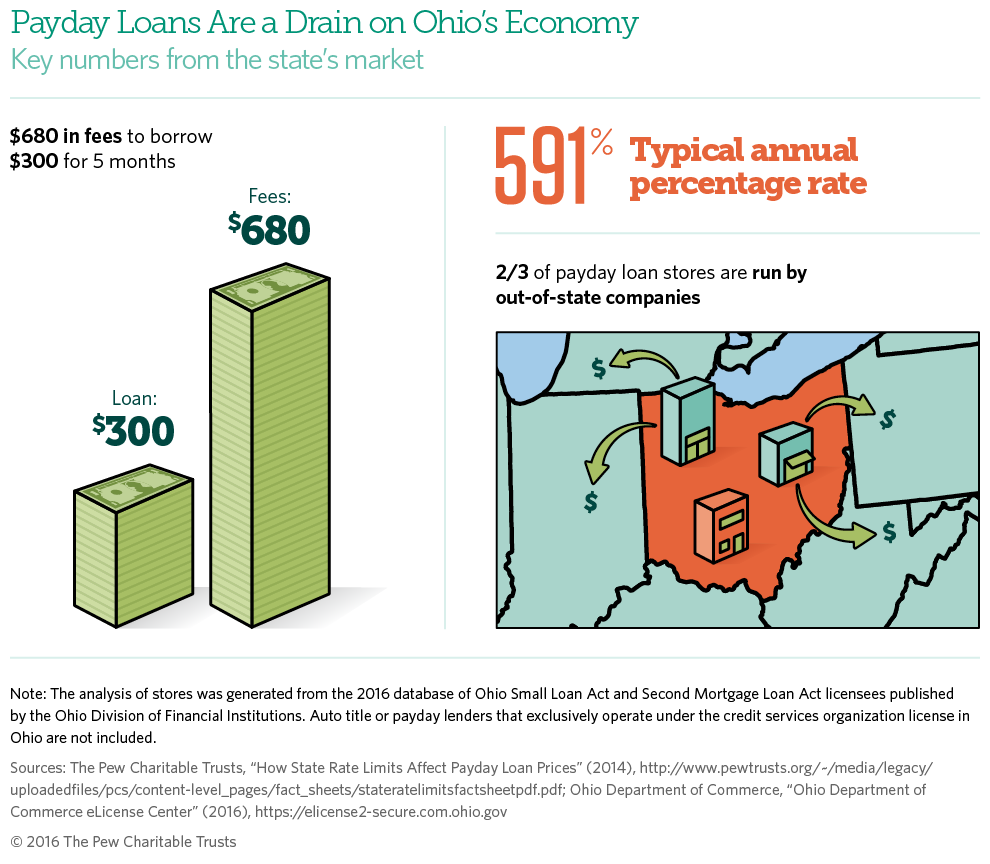 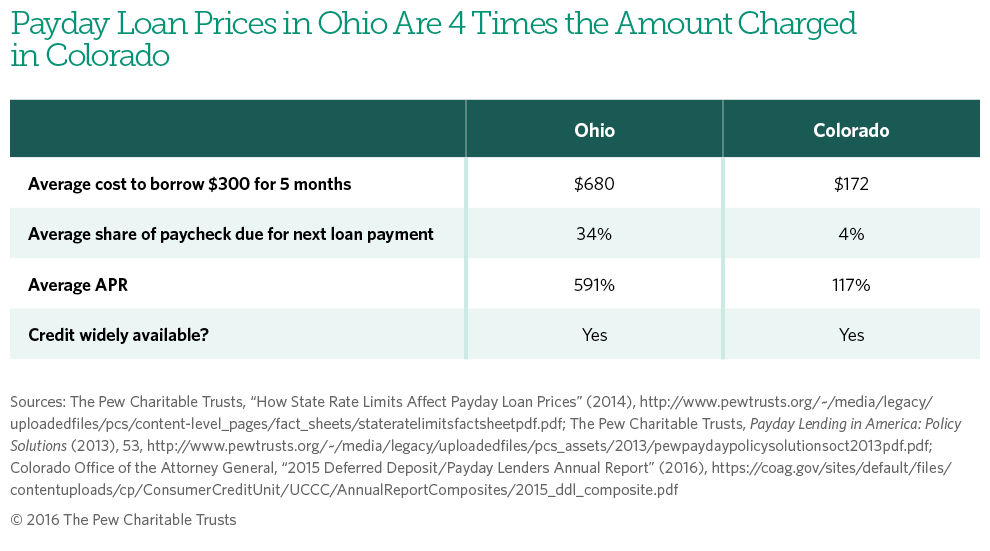 Federal rules are not enough to protect Ohioans

Storefront payday loans are available in 36 states. Borrowers in some of them pay twice as much for the same loans that comparable customers get in other states.