In Colorado, a 2007 law that attempted to reform the payday lending industry failed to achieve policymakers’ goals of reducing harm to payday borrowers while preserving access to small-dollar credit. The law preserved lump-sum lending, allowing lenders to make four consecutive balloon-payment loans but then requiring them to offer borrowers an installment plan. This approach inadvertently preserved a business model in which lenders' and borrowers' interests were not aligned: Profitability still relied on income from loans that greatly exceeded most borrowers' ability to repay without re-borrowing. As a result, according to regulators, many lenders moved to protect their profits by deterring or preventing borrowers from using an installment plan. Short-term, balloon-payment loans thus continued to dominate the market, and the law failed to protect consumers as intended, with outcomes for borrowers changing only slightly.

Colorado lawmakers learned from that experience and enacted new legislation in 2010 requiring all loans to be repayable over time at lower rates. Data released by the Colorado Attorney General's Office in December 2014 indicate that this law led to more affordable loan payments, fewer defaults, and lower prices for payday loans; increased efficiency at payday lending stores; and ensured that credit remained widely available.

As the federal Consumer Financial Protection Bureau and policymakers in other states take action in response to the harm caused by payday lending, they can learn the following from Colorado's experience: 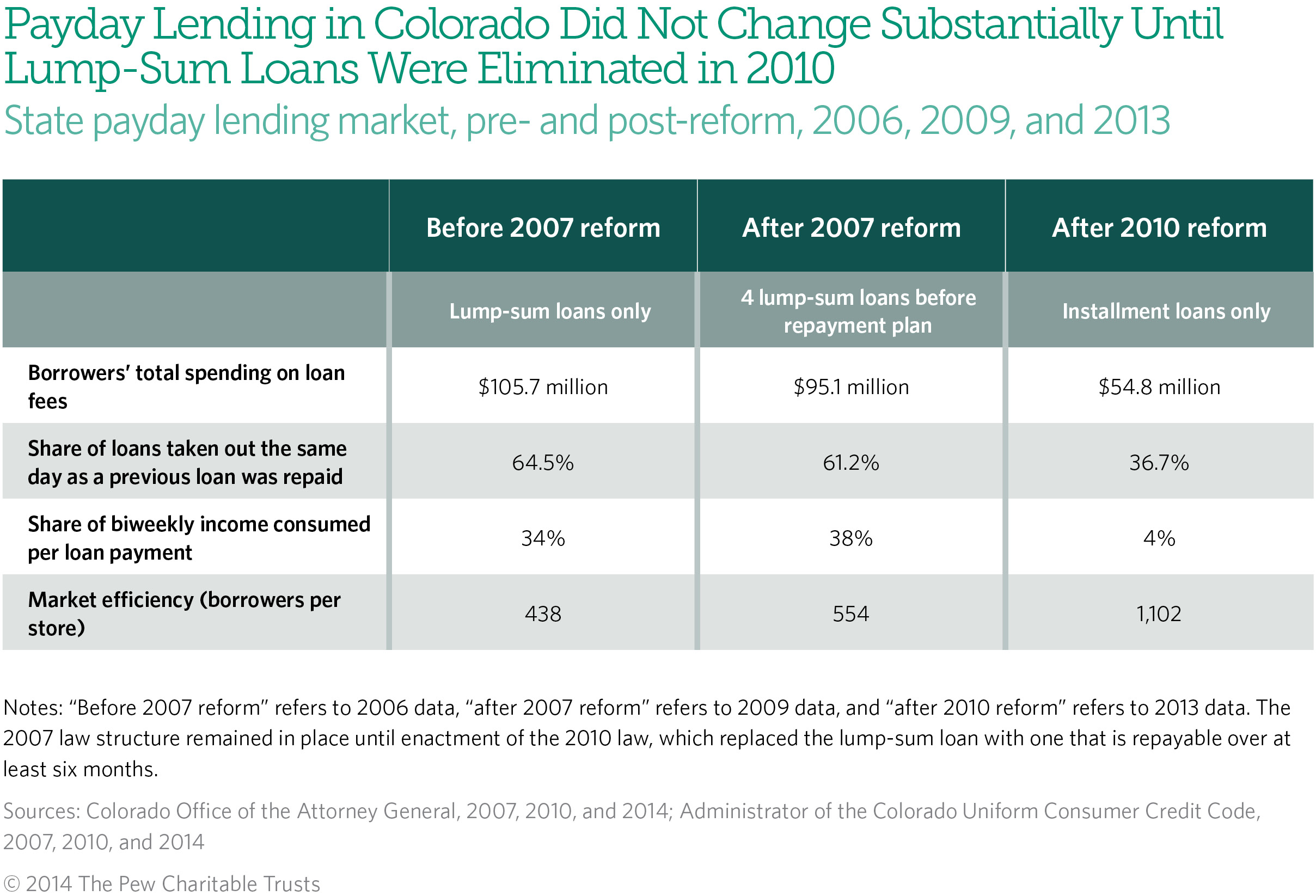