These data have been updated. To see the most recent data and analysis, click here.

Federal grants to states are about 30 percent higher overall, after adjusting for inflation, than they were in 2008, when the recession began. Federal stimulus aid to states resulted in a spike during and immediately after the recession. That aid was almost entirely phased out by 2013, but total grants to states remain above prerecession levels. Medicaid increases are the main drivers of this upward trend, while funding for other programs, such as education and transportation, is declining. (See “Federal Spending Decisions Affect State Budgets.”) 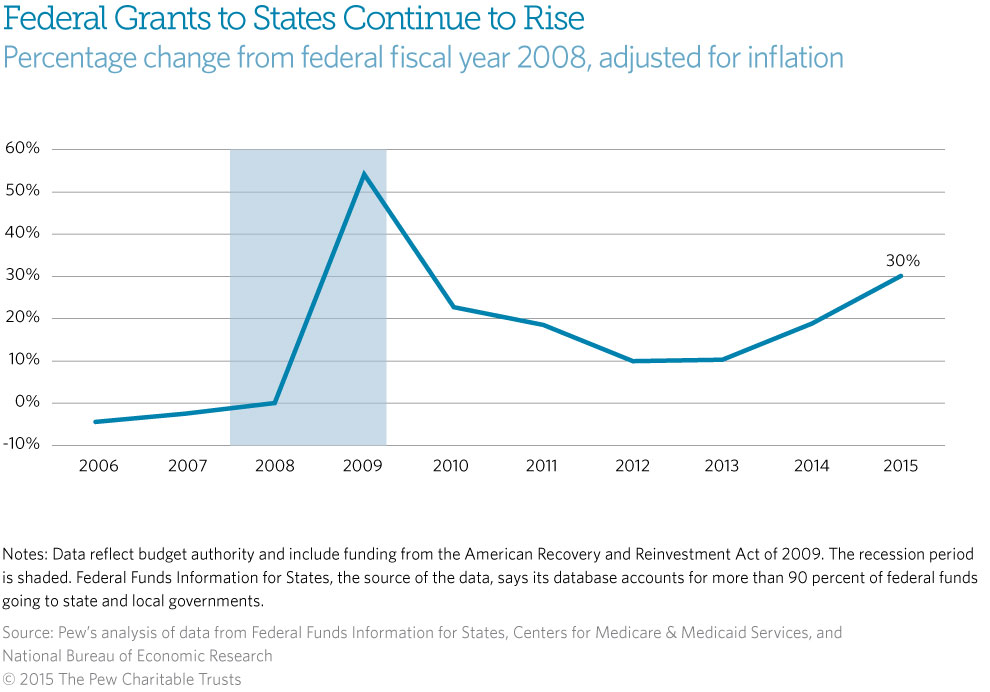