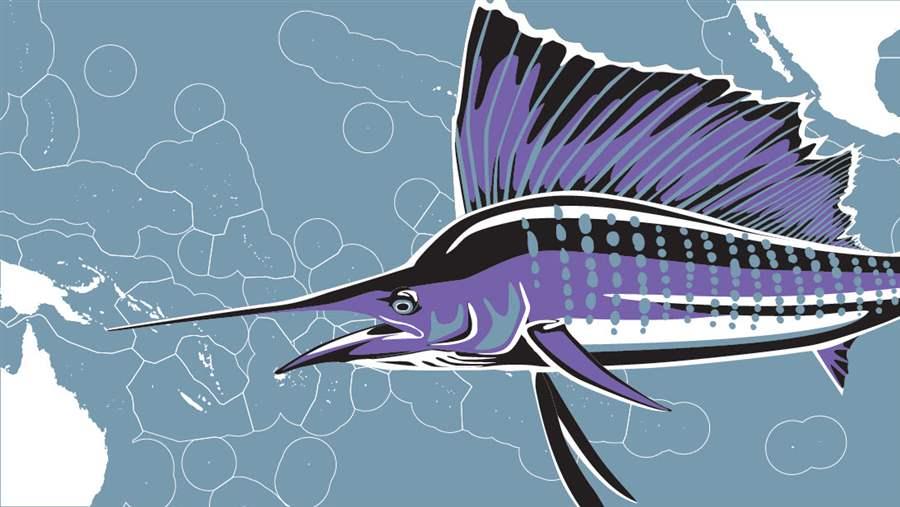 February 19, 2016—This fact sheet has been updated to include newly-announced marine reserves.

The ocean plays an essential role in sustaining life on our planet. It covers nearly three-fourths of the globe and is home to nearly a quarter of the world’s known species—and many more yet to be discovered.1 The ocean provides sustenance for billions of people and myriad wildlife.

But human activities increasingly threaten its health. For example:

Research shows that large, fully protected marine reserves are vital to rebuilding species abundance and diversity and protecting the overall health of the marine environment,6 but only about 2 percent of the ocean is fully protected, compared with about 15 percent of land.

When Yellowstone National Park was established in 1872, it not only ensured protection for one of the United States’ most spectacular landscapes, but it was also the beginning of a new way of thinking about protecting the environment.

More recently this approach has been applied to oceans, accompanying a growing recognition of their essential role in sustaining life on the planet. The Pew Charitable Trusts and a group of partners launched the Global Ocean Legacy project in 2006 to begin working to establish the world’s first generation of great marine parks. Our goal is to help create marine reserves that are at least 200,000 square kilometers (75,000 square miles) in size; within the reserves, fishing and other extractive activities would be prohibited.

We collaborate with communities, governments, and scientists around the world to safeguard some of the most important and unspoiled ocean environments. 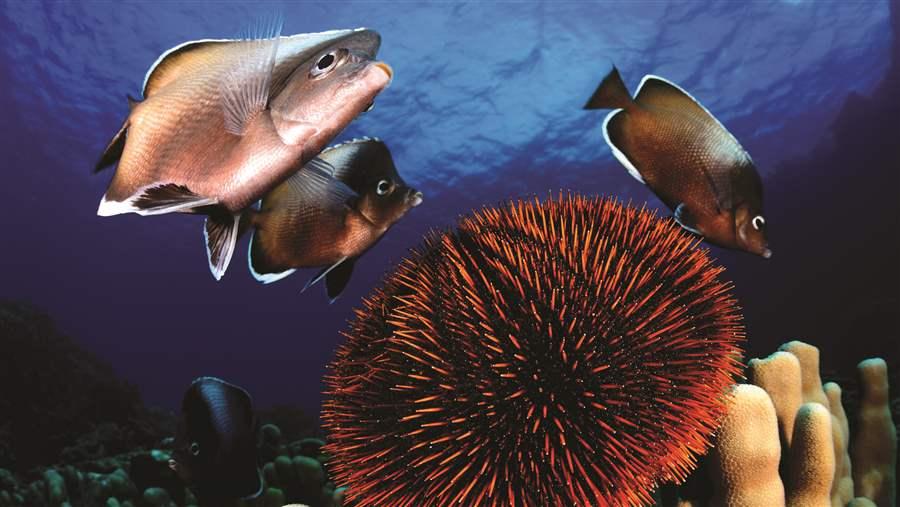 Easter Island, which is located approximately 4,000 kilometers (2,500 miles) west of Chile in the South Pacific, is home to 142 species found nowhere else on Earth.

Reckless and destructive fishing practices, overfishing, and illegal, unreported, and unregulated fishing have robbed us of our resources. They must be stopped. Given the enormity of these threats, the need for simultaneous international and domestic action is obvious.”President Tommy Remengesau Jr. of Palau 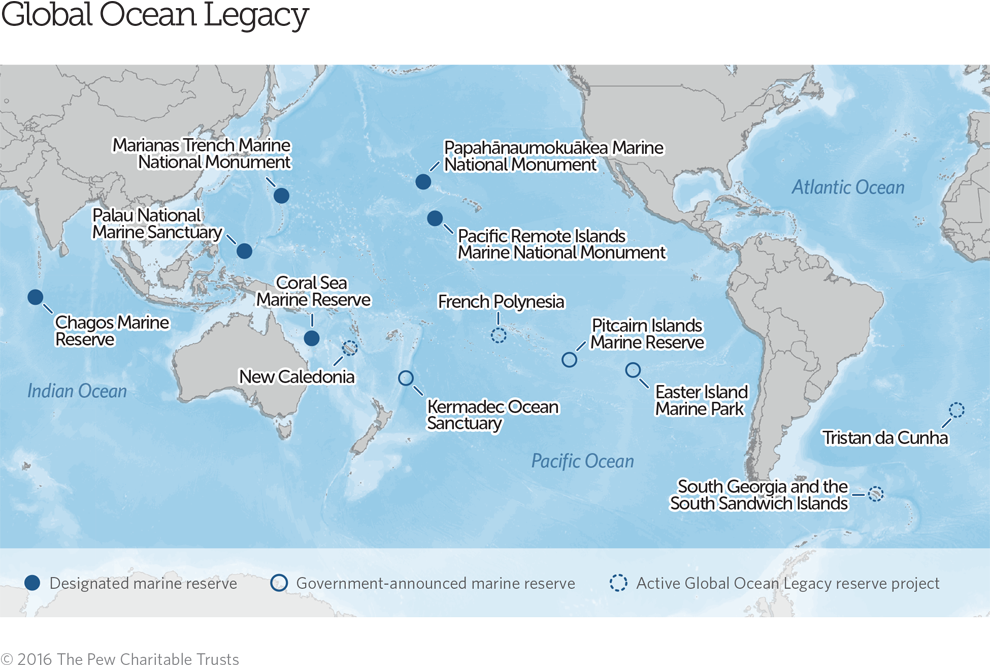 The Global Ocean Legacy team is working to establish marine reserves in:

Marine conservationists at the 2014 World Parks Congress stated that if marine reserves are to have a meaningful impact, at least 30 percent of the ocean needs to be protected, with fishing and seabed mining banned or restricted.

Monitoring and enforcement of marine reserves can be challenging in remote parts of the world, where many of the remaining near-pristine ocean areas are found.

To help meet this challenge, Pew has partnered with Satellite Applications Catapult, a U.K. government initiative, to launch Project Eyes on the Seas and the Virtual Watch Room. This pioneering system enables government officials and other analysts to identify and monitor unlawful activities at sea, particularly illegal, unreported, and unregulated fishing, also known as pirate fishing. The technology merges satellite tracking and imagery data with other sources of information, such as fishing vessel and oceanographic data, to help monitor waters around the globe.

The governments of Palau and Chile have said they intend to use the technology once the Palau National Marine Sanctuary and a fully protected marine park around Easter Island are declared.

We are at a critical juncture and [must] band together around the world to use our voices to create marine protected areas and stop overfishing.Sir Richard Branson, British businessman and conservationist

Together, we are establishing the world’s first generation of great marine parks by securing the designation of large, fully protected reserves. To date, our efforts have helped to safeguard 5.2 million square kilometers of ocean—an area 10 times the size of Central America. This accounts for about 80 percent of all fully protected ocean to date.