Sharks need our help. Many of the more than 500 species swimming in the ocean today are not equipped to withstand the growing number of human-related threats they face.

Because sharks grow slowly, are late to mature, and produce few young, they are especially vulnerable to overfishing and slow to recover from depletion. The demand for fins and other shark products has driven a number of species close to extinction.

Losing sharks could have consequences for the entire ocean ecosystem. These predators help maintain the health of marine life, including populations of commercially important fish species.

Sharks are also important culturally to Pacific islanders. In many places, they are respected as ancestors or worshipped as gods, serving as a symbol for some clans and families. Some Pacific cultures consider eating shark taboo.1

Palau, the Marshall Islands, French Polynesia, the Cook Islands, the Federated States of Micronesia, and New Caledonia have established shark sanctuaries throughout their exclusive economic zones (EEZs), making them the first Pacific island governments to do so. All six have banned the commercial fishing and trade of sharks throughout their waters. By committing to comprehensive and permanent conservation measures, they have established themselves as global leaders in protecting these animals so critical to the health of the ocean.

Momentum for protecting sharks across the region is growing: In 2013, the Association of Pacific Island Legislatures called on all Pacific nations to end the unsustainable commercial fishing of sharks. By early 2015, all of the needed governments had acted to establish the transboundary Micronesia Regional Shark Sanctuary, setting a precedent for protections that span large, contiguous areas. 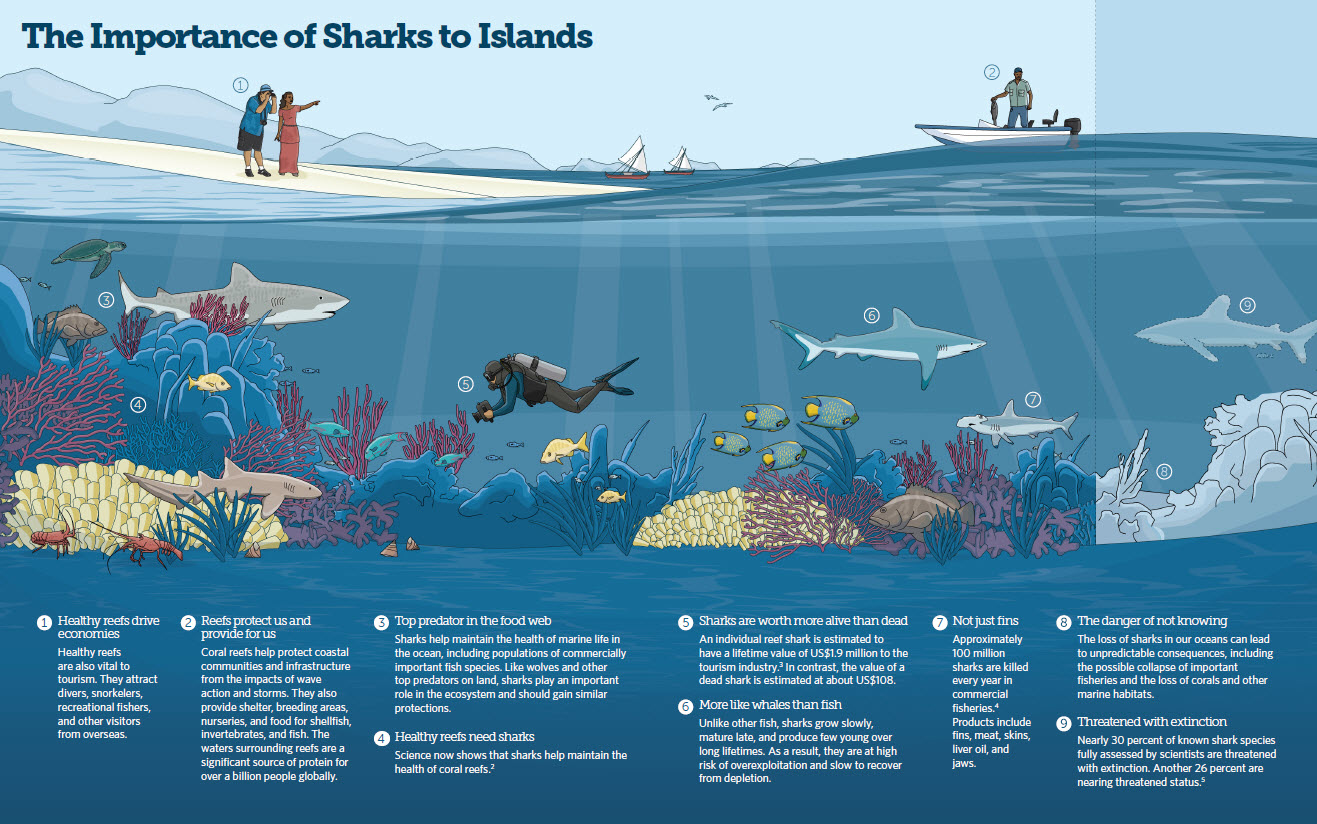 Shark sanctuaries are the strongest measures that governments can put in place to permanently protect sharks in their waters. These protections establish national or territory-wide fishing regulations—through decrees, legislation, or regulatory amendments—that prohibit the commercial fishing of sharks throughout their EEZs. To be most effective, these measures should:

Healthy commercial fish stocks need healthy coral reefs, and healthy reefs need sharks. By permanently protecting sharks, the governments of the Pacific can strengthen the resilience of their marine environments and secure the sustainability of industries that depend on a healthy ocean.