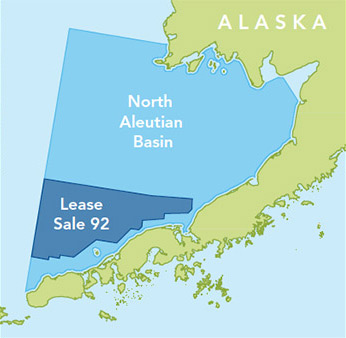 Bristol Bay and the North Aleutian Basin, located in the eastern Bering Sea off southwest Alaska, is an extraordinarily productive marine ecosystem distinguished by its bountiful fisheries and exceptional ecological diversity. Rich, remote, wild, and incredibly productive, Alaska's Bristol Bay and southeast Bering Sea are America's seafood stronghold. The region's waters provide habitat for some of the largest runs of wild salmon on Earth and supply on average more than 40 percent of the total U.S. fish catch, including halibut, red king crab, Pacific cod, Tanner crab, flatfish, pollock, and sablefish. These renewable and sustainable fisheries are an economic engine for communities throughout Alaska, the Pacific Northwest, and the nation.

Risks from Offshore Oil and Gas

Inevitable risks are associated with offshore oil and gas exploration and development, including catastrophic oil spills. With climate change already placing stress on marine ecosystems, we cannot afford to further jeopardize the jobs, food, and cultural heritage of Bristol Bay. Federal studies have predicted at least one major and numerous smaller spills if development occurs.1 Such spills could:

Offshore seismic surveys employ explosive blasts of air, creating extreme underwater noise to locate oil and gas. Studies have shown that such surveys can have significant and sometimes lethal impacts on fish populations.2 Offshore oil and gas operations in Bristol Bay would also release thousands of tons of contaminated drilling muds and cuttings into the region's waters.

Read our Timeline of oil and gas leasing in Bristol Bay: 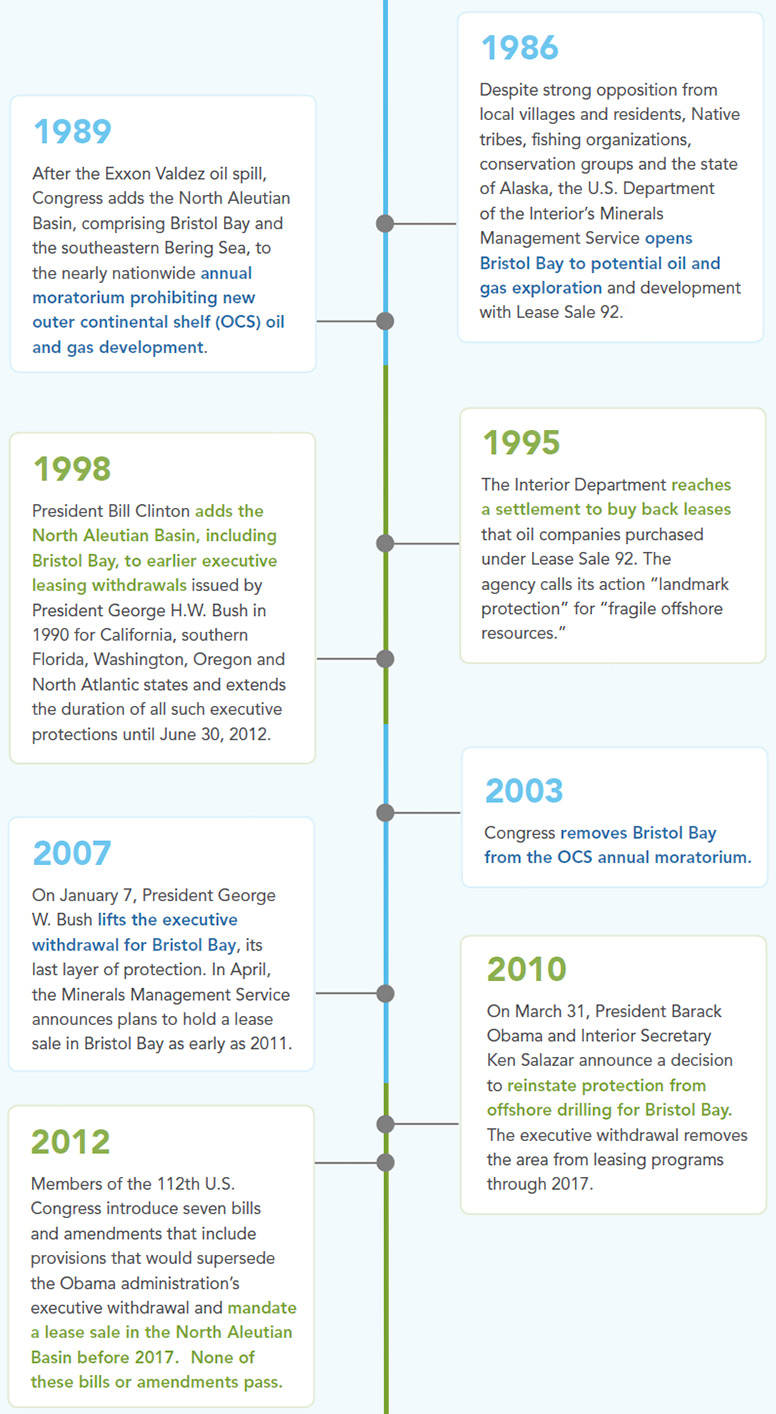 2 CEF Consultants Ltd. November 1998. Exploring for Offshore Oil and Gas No. 2 of Paper Series on Energy and the Offshore. Halifax, NS. Accessed May 18, 2005. www.cefconsultants.ns.ca/2explore.pdf