After years of relative stability, the long-term volatility of state tax revenue trends increased to a record high by the end of fiscal year 2021 as multiple temporary factors fueled an unexpected surge in collections. Unforeseen swings in tax dollars present challenges to policymakers even under less extreme economic conditions, with some states more prone to volatility than others. During the 20 years ending in fiscal 2021, Alaska recorded the most volatility and South Dakota the least, after removing the effects of state tax policy changes

In this analysis, The Pew Charitable Trusts removes the estimated effect of state tax policy changes, which state lawmakers control, to calculate a volatility score for the underlying trends in each state’s overall tax revenue and major taxes—those that account for at least 5% of its tax revenue on average over the past decade.

Revenue volatility differs across states because each relies on a unique mix of tax streams. Individual tax streams experience different fluctuations from year to year, contributing to a state’s overall revenue volatility. Between fiscal years 2002 and 2021, severance taxes on oil and minerals and corporate income taxes were consistently more volatile than other major state taxes, such as those on personal income and sales of goods and services.

Although states can raise or lower tax revenue by changing tax policies, the underlying volatility of individual tax streams is often driven by a variety of factors, many outside policymakers’ control. These include economic factors—such as the mix of industry, natural resources, workforce, and population growth—as well as changes to federal budget and tax policy and unforeseen events, such as natural disasters.

State tax revenue spiked by 19.3% in fiscal 2021—the steepest annual growth in at least 70 years—due in large part to a mix of one-time and temporary factors. For instance, a delay in the 2020 income tax filing deadline—which was extended to July 15 instead of the standard April 15 date—pushed large sums of income tax collections into the first quarter of fiscal 2021, inflating annual gains in roughly half of states. Two other major factors contributed to a temporary high: unprecedented amounts of federal COVID-19 aid to individuals and businesses, plus a pandemic-driven shift in personal spending from often-untaxed services to purchases of goods, which are taxable in most states.

Volatility scores measure the variation in year-over-year percent changes between fiscal 2002 and 2021, based on a calculation of standard deviation. A low score means that revenue levels were similar from year to year, and a high score indicates that revenue grew or declined more dramatically.

Overall, 50-state tax revenue had a volatility score of 6.2 for the 20 years ending in fiscal 2021, a record high and an increase from a score of 5.0 for many years. The results mean that from 2002 to 2021 total tax revenue across the states typically fluctuated 6.2 percentage points above or below its overall growth trend. Tax revenue was more volatile than the national benchmark in 24 states and less so in 26.

A comparison of state tax revenue volatility during the 20 years ending fiscal 2021 shows that:

In general, two factors work in tandem to influence a state’s overall revenue volatility: how dramatically each tax stream changes from year to year and how heavily a state relies on each revenue source. Smaller tax streams can be highly volatile. But the more minor the tax source, the less of an impact it has on a state’s overall revenue volatility.

For example, the three states with the highest overall scores—energy-rich Alaska, North Dakota, and Wyoming—collected the greatest share of their tax dollars over the past 10 years from highly volatile severance taxes. Yet Texas, the largest oil producer in the nation, ranked exactly in the middle of states for overall revenue volatility even though its severance tax revenue was more volatile than any but Alaska’s. The crucial difference is that severance tax accounted for 7.9% of Texas’ total tax collections over the past decade, compared with 55.6% of tax revenue in Alaska, 47% in North Dakota, and 32.6% in Wyoming.

Changes to federal budget and tax policy are among the factors that can affect the underlying volatility of state tax streams. In 2018, for example, states experienced their largest annual swing in tax collections since the depths of the Great Recession in 2007-2009, as collections climbed and states and taxpayers began adjusting to passage of the federal Tax Cuts and Jobs Act (TCJA). Because of the way in which state and federal tax codes are linked, the TCJA’s federal tax code changes automatically led to higher state tax bills for some residents and businesses, unless states counteracted them. Similarly, unprecedented amounts of federal pandemic aid to individuals and businesses helped boost overall state tax collections indirectly by bolstering taxpayers’ income and spending and, as a result, state income and sales tax revenue.

Although volatility complicates the already difficult tasks of revenue forecasting and budgeting, it is not inherently bad. When receipts are higher than anticipated, states can pay down debt, make one-time investments such as in infrastructure projects, or build up reserves. But times of unexpectedly high revenue may just as easily be followed by periods of unanticipated low revenue that may prompt spending cuts, tax increases, or withdrawals from dedicated savings accounts to make ends meet.

By studying volatility, policymakers can better determine their own budgetary risk and put in place evidence-based savings strategies that harness tax growth in good years to cushion the lean years. These strategies include depositing one-time or above-average revenue into a rainy day fund and dedicating these balances to explicit, narrowly defined spending purposes. States can also reduce fiscal uncertainty by restricting spending from particularly volatile tax streams. Revenue from these streams could instead be deposited in longer-term savings accounts or sovereign wealth funds, as several natural resource-rich states do. These policies and related fiscal management tools can help stabilize budgets and aid policymakers in planning for the long term.

Justin Theal is an officer, Jen Janson is a senior associate, and Gayathri Venu is an associate with The Pew Charitable Trusts’ state fiscal health project. 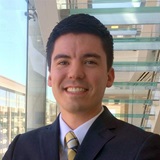 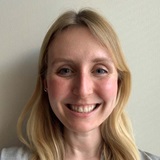 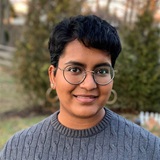