Stretching across approximately 3.6 million acres of west-central Montana and a portion of Idaho, the Lolo and Bitterroot national forests are home to some of the country’s most expansive and widely known wilderness areas, such as the Selway-Bitterroot, Frank Church-River of No Return, Anaconda Pintler, and Scapegoat. Designated wilderness areas enjoy the highest possible protections of all federal public lands, and these wild lands provide habitat for an abundance of wildlife and sources of clean drinking water for communities near and far. However, other landscapes within these national forests provide significant contributions to nature and to people but have not been afforded the same degree of protection as wilderness areas.

Surrounding Missoula, Montana’s second-most-populous community, the Lolo National Forest includes the Rattlesnake National Recreation Area and Wilderness, which is popular among hikers, mountain bikers, cross-country skiers, and others. The diverse ecosystems of the Lolo also support numerous species, including 300 kinds of birds, at least 20 types of fish, more than 60 mammal species, and an estimated 1,250 varieties of native plants.

In the Bitterroot National Forest, the steep glacier-carved canyons of the Bitterroot Mountains drain into the Bitterroot River, a major tributary of the Clark Fork River—Montana’s largest by volume. Along with the Sapphire Mountains, the forest supports a diversity of ecosystems, from grass and shrublands to cottonwood-lined streams and forested slopes of ponderosa pine, Douglas fir, western larch, whitebark pine, and more.

Unfortunately, the U.S. Forest Service is still managing the Lolo and Bitterroot national forests under plans that were developed in the mid-1980s—and that don’t reflect advances in science’s understanding of forest ecology or changes in ecological, social, and economic conditions since they were written nearly 40 years ago. To help address that shortcoming as the Forest Service works to update management plans for these forests, The Pew Charitable Trusts commissioned Conservation Science Partners, a nonprofit research organization, to evaluate these national forests with what’s known as a spatial analysis methodology to identify “high ecological value areas” (HEVAs).

HEVAs are unprotected areas that contain the top 10% of ecologically valuable lands within a forest—lands with a combination of strong biodiversity, carbon storage, and resistance to climate change. The report for the Lolo identifies areas around Spread Mountain, Butler Creek, Matt Mountain, Rattlesnake Creek, Tuffys Lake, Glidden Ridge, Cameron Peak, and the South Fork of Lolo Creek as among this forest’s HEVAs, while the report for the Bitterroot identifies several of the drainages below Sweeny and Mills lakes, Lost Horse Creek, as well as several places around Trapper Peak, Saint Clair and Gird creeks, and Blue Mountain as among that forest’s HEVAs.

These analyses provide important information for the Forest Service to incorporate into its management of the Lolo and Bitterroot national forests. Prioritizing conservation of HEVAs would support functioning, healthy forests for the benefit of nature and people. Pew encourages the agency, in collaboration with the public, to use this data to help develop modern management plans that will keep these forests healthy and sustainable far into the future.

John Seebach is a project director and Blake Busse is a principal associate with The Pew Charitable Trusts’ U.S. public lands and rivers conservation project.

This report is one of 51 analyses Pew has commissioned Conservation Science Partners to undertake to determine the most important ecologically valuable, and yet unprotected, areas within the country’s national forests. The pending forest analyses, like the analyses of these forests in Montana, involve areas expected to undergo revisions in the next several years. 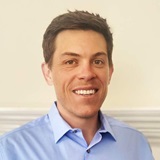 The 193 million acres of public lands that make up the National Forest System (NFS) provide critical fish and wildlife habitat, recreation opportunities, and many other values. But the U.S. Forest Service still manages many units in the NFS using outdated science and antiquated practices, an approach that could have negative consequences for these ecosystems—and the people and wildlife that depend on them—far into the future.

From Maine to California and Florida to Alaska, America’s national forests encompass more than 188 million acres of woodlands, meadows, mountains, and rivers. Managed by the U.S. Forest Service, these lands are a national treasure, rich with ecological, social, cultural, and economic value that merits federal protection for generations to come.

Covering more than 2.8 million acres across 17 counties in central Montana, the Helena-Lewis and Clark National Forest is home to a wide range of wildlife, including elk, deer, bighorn sheep, black bears, grizzly bears, lynxes, mountain lions, and bald eagles and is a major draw for locals and visitors seeking quiet recreation, such as hiking, cross-country skiing, hunting, and fishing.