For most states, unfunded pension liabilities are the largest of three major long-term obligations weighing on their future finances, ahead of unfunded retiree health care benefits for public employees and outstanding debt. Although still sizable, the gap between what states collectively have set aside and what they owe in public pension benefits narrowed after financial markets surged in fiscal year 2021, according to Pew projections.

States owed a total of $1.25 trillion in unfunded pension benefits in fiscal 2019, the final year before the pandemic. Despite a quick but deep economic downturn triggered by COVID-19, Pew projections in September 2021 indicated that pension debt had decreased below $1 trillion by the end of fiscal 2021, and state pension plans reached the highest-funded level since the Great Recession.

The improvement was mostly due to a boost in pension plan savings, the highest gains in 30 years on pension funds’ stock market investments, and from substantial increases over the past decade in state employer and employee contributions to pension funds.

Even so, most states continue to face steeper claims on their future revenue from unfunded pension obligations than from either unfunded retiree health care promises or debt. The $1.25 trillion in pension debt for fiscal 2019, the last year for which Pew has compiled state-by-state data, is equivalent to 6.8% of all states’ personal income, up from 3.0% in fiscal 2007, just before the Great Recession. Measuring liabilities as a percentage of personal income reflects their size relative to each state’s economic resources and allows for more meaningful comparisons between states and within states over time.

Although states have decades to pay off these sums, such spending commitments can have budget consequences both now and later. If the amount states must spend each year to pay down these obligations gets too high, less money may be available to fund other priorities, such as health care or education, or to cover unexpected needs. As part of a state’s full financial picture, these liabilities also can affect credit ratings and borrowing costs.

The degree of fiscal challenge these liabilities posed varies depending on the size of a state’s budget, economy, and population. For example, states with faster-growing economies may find their obligations more manageable.

The type of liability also matters significantly. Debt and unfunded retirement costs—including both pensions and retiree health care—are alike in that each pledges a share of future revenue toward paying an obligation. But states take on these obligations for different reasons. They often borrow to build infrastructure projects, which can deliver services for years and spur economic growth. Unfunded retirement liabilities, on the other hand, mean that states have set aside less than is needed to cover the expected full costs of benefits earned by their employees.

Unfunded pension liabilities as a share of 50-state personal income increased sharply during the Great Recession and kept growing until it peaked at 8.4% in fiscal 2016. That’s because many states deferred contributions to pension systems during the downturn and then made insufficient payments to keep unfunded liabilities from rising. Growth was also partially driven by lower-than-expected investment returns, and in some cases, expanded but unfinanced benefits. In fiscal 2014, changes to accounting rules led many states to make more conservative projections about future investment returns, further increasing reported 50-state pension debt.

In the years leading up to the pandemic, improvements to contribution practices and growth in state personal income lowered unfunded pension liabilities to 6.8% of states’ combined economic resources as of fiscal 2019. And according to Pew projections, states’ pension systems ended fiscal 2021 in the best condition since the Great Recession as the gap between dollars held in pension funds and the cost of benefits promised to retirees unexpectedly narrowed following the arrival of the COVID-19 pandemic.

But the magnitude of pension challenges has varied widely. Nine states’ pension debt was greater than 10% of personal income in fiscal 2019. New Jersey’s unfunded pension liability was the largest of any state at 20.2% of its total personal income. The state’s liability has also risen the fastest since fiscal 2007. On the other end of the spectrum, Wisconsin and South Dakota had pension assets that exceeded their liabilities in fiscal 2019 and were among the eight states with declines in unfunded liabilities since the Great Recession.

A state-by-state review of unfunded pension liabilities for fiscal 2019 shows:

In 2020, 50-state net tax-supported debt declined for the 10th straight year when measured as a share of personal income even though it jumped by more than $12 billion (2.3%), the largest annual increase in dollar terms in a decade. The share fell because the increase in state debt was dwarfed by a historic increase in total personal income, which expanded after the government provided unprecedented aid to individuals and businesses shortly after the outbreak of the pandemic.

According to Moody’s Investors Service, three states drove most of the 2020 spike in debt: Illinois and New Jersey, which borrowed money to mitigate budgetary challenges in the wake of the pandemic; and New York, which took advantage of low interest rates and borrowed to upgrade some of its infrastructure. Credit rating agencies predicted early on that some of this new debt would be repaid quickly. Illinois paid off the loan by the start of 2022.

Not counting those three states, outstanding debt—which comprises bonds and other obligations typically repaid with money from a state’s operating budget—was unchanged from 2019, after rounding.

By comparison, states borrowed more aggressively during and after the Great Recession. Total state debt relative to personal income spiked between 2007 and 2010, though it gradually declined over the lengthy recovery, as states were cautious to issue bonds and relied more on revenue from business-like activities—such as operating water, gas, or electricity utilities, or government-run liquor stores—to meet their spending needs, such as for infrastructure.

A state-by-state review of debt for 2020 shows:

Between fiscal 2008 and 2016, the last year for which Pew has collected 50-state data, total unfunded public retiree health care liabilities relative to personal income declined by 0.6 percentage points. These claims on future revenue were the lowest in Arizona and Oklahoma (both less than 0.01%). Alaska had the highest unfunded liabilities (19.7%), though later figures show a huge turnaround. As of 2019, the state reported a surplus of assets relative to what it promised to public workers, according to Pew analysis of its recent funding data. Nebraska and South Dakota do not offer health care benefits to retirees.

States usually cover their annual debt obligations before other long-term expenses because of constitutional or statutory requirements to prioritize debt repayment. Debt can be refinanced to reduce the interest costs, but states are obliged to fully pay back whatever they borrow.

States are typically legally bound to keep benefit promises for pensions, though their annual contributions may fluctuate and result in states falling behind in paying down unfunded liabilities. Most recently, in the face of potential budget shortfalls and fiscal uncertainty from the pandemic, a few states—including California, Colorado, Kansas, Oklahoma, Oregon, and South Carolina—postponed planned pension contributions for fiscal 2021. New Jersey had initially deferred its contribution, but reversed course later in the year, making the largest contribution in its history in fiscal 2021.

Most states commonly set aside nothing for future retiree health care costs, preferring to pay for the cost of retired employees’ health insurance on a pay-as-you-go basis, though a few states have committed to pre-funding future retiree benefits. Public retiree health care benefits have fewer legal protections than pensions, though political or social considerations may also prevent states from reducing such benefits.

Download the data to see individual state trends from 2007 to 2020. Visit The Pew Charitable Trusts’ interactive resource Fiscal 50: State Trends and Analysis to sort and analyze data for other indicators of state fiscal health. 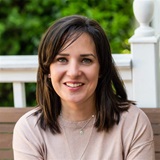