States reported a total liability of $696 billion in nonpension retirement benefits for their employees, known as other post-employment benefits (OPEB), in 2016. This figure represents a 0.4 percent increase from 2015, when states reported $692 billion in liabilities. However, states had only $46 billion in assets in 2016 to pay for these benefits—a slight drop from the $48 billion they reported in 2015. This fact sheet serves as a data update to a 2017 issue brief from The Pew Charitable Trusts, “State Retiree Health Care Liabilities: An Update,” and explores two options to help states better manage rising OPEB costs.

Retiree health care costs account for almost all of states’ OPEB liabilities, and the price tag for health care is continuing to rise. The average annual health care premiums for single coverage rose 24 percent from 2010 to 2015, and premium costs for family coverage have risen 61 percent over the past decade.1 Consequently, employer health care costs as a percentage of total compensation have also increased. Figure 2 illustrates the increase in employer contributions for active employees.

Health care costs have been rising overall, with the Centers for Medicare & Medicaid Services projecting a 70 percent increase in national health expenditures in the coming decade as more Baby Boomers retire. But from 2010 to 2013, states experienced a reprieve because of lower-than-expected cost inflation. During this period, total OPEB liabilities declined, from $660 billion in 2010 to $628 billion in 2013, because actual health claims were lower than projected. In 2014, health cost inflation started to rise, however, and retiree health care benefits are expected to become increasingly expensive for states. Washington state’s estimated OPEB liabilities rose 24 percent between 2013 and 2015 based on increases in health care spending and updated assumptions about cost growth. New Jersey’s reported OPEB liabilities went up by 9 percent for similar reasons.

The funding status of state retirement health care plans continued to fall from 2015 to 2016. As states grapple with rising unfunded liabilities for these plans, they have a couple of options, including pre-funding the benefits or reducing benefits.

For example, the majority of state OPEB plans are funded on a pay-as-you-go basis, using annual appropriations. However, 34 states have at least one plan that has adopted pre-funding policies, meaning that assets are set aside to cover the state’s share of future benefit costs.

States with pre-funding policies calculate OPEB liabilities using their own accounting assumptions. As a result, those states can expect decreases in their reported unfunded OPEB liabilities. Of the 34 states with some level of assets accumulated in OPEB trust funds in 2016, eight had funded ratios over 30 percent.

Hawaii presents an example of the costs and benefits of pre-funding. The state committed to pre-funding its OPEB benefits with the passage of Act 268 in 2013. Pre-funding will require additional funds to build up the assets needed to match Hawaii’s liabilities—the bill for that will be about $400 million in 2019 beyond simply paying out benefits as they come due. However, in 2045, when Hawaii’s OPEBs are projected to be fully funded, the annual bill will drop by more than $1 billion, and the state is expected to save $800 million to $900 million annually compared to its earlier approach. The timing and magnitude of realized savings will depend on how investments and financial markets perform as well as trends in health care costs—risks that Hawaii and other states similarly manage with their pension plans. Pre-funding also ensures that retirement benefits are paid out of a dedicated trust rather than current budgets, so taxpayers are funding the public employees who are providing services today rather than requiring future generations to foot that bill.

States can also alter benefit levels to better manage costs. Unlike pension benefits, which accrue over an employee’s tenure and have stringent legal protections, OPEB benefits typically have limited legal protections because they accrue only when employees reach a certain age or years of service. As a result, states can generally adjust benefit levels, deductibles, copayments, and coinsurance amounts or restrict eligibility by requiring longer service to qualify.

For example, Maryland doubled its years-of-service requirement for eligible retirees to 10 years and changed its formula for premium contributions to decrease costs. It is important to note, however, that state law allowed for these changes. Other states may have more robust protections for OPEB benefits.

Given projections for continued increases in health care costs over the next decade, OPEB spending may cause growing pressures on state budgets. Adequate pre-funding of OPEB benefits, adjustment of benefit levels, or a combination of the two may provide states with the tools to prevent fiscal challenges in the future. 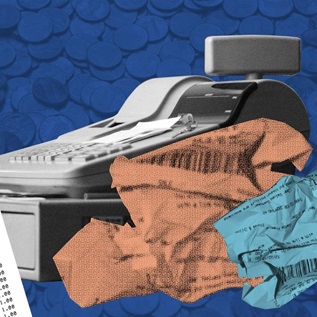