From ancient shipwrecks and cave paintings to surfing and local music, seafood, fishing, and boating, this region’s coastal culture and economy rely on a healthy ocean and sustainable fisheries—both of which must be managed with policies that address a variety of threats.

Protecting western Puerto Rico’s cultural assets and traditions is important for its coastal economy and way of life. Cohesive policies and management can help ensure that these special places and traditions thrive for future generations.

Holly Binns is a project director and David Ortiz is a manager with The Pew Charitable Trusts’ project to conserve marine life in the United States.

The waters off Puerto Rico and the U.S. Virgin Islands are a tropical paradise teeming with life. Brilliant coral reefs, schools of vibrant fish, and idyllic beaches draw millions of tourists each year and help power the Caribbean economy.

10 Ocean and Coastal Jewels Worth Safeguarding in Western Puerto Rico

10 Ocean and Coastal Jewels Worth Safeguarding in Western Puerto Rico

Here are 10 places, habitats, and animals that make western Puerto Rico special, and are therefore worth safeguarding. 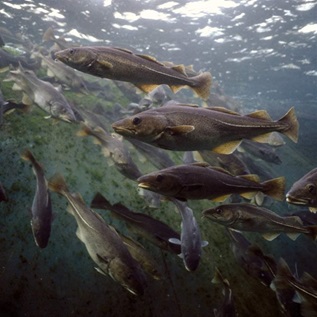 September 2, 2020 EU Fisheries Management Not in Line With Scientific Advice