A National Oceanic and Atmospheric Administration collage captioned “Bizarre creatures from the deep sea” is just odd enough to take the title of 10th most popular post of the year. Only 5 percent of the deep sea has been explored—and animals like these remind us just how much more there is to learn about it.

This was an alarming year for North Atlantic right whales, including this giant, whose flukes were tangled in fishing rope attached to a buoy. The species’ population is declining rapidly, largely because of the whales’ entanglement in fishing gear. With only about 400 of these cetaceans left, every death brings the species closer to extinction.

There’s still hope, though—as evidenced by the welcome news in December of the first North Atlantic right whale birth of the winter migrating season, and by new ropeless fishing systems.

While studying the killer whale population in Antarctica, Pew marine fellow Regina Eisert captured this rare footage of a killer whale coming in for a bite.

“Here I am carrying out research to help protect the Ross Sea region and find out whether or not the whales eat toothfish,” Eisert said, “and one comes up showing me it does.”

These traveling companions proved irresistible to our Instagram followers on Valentine’s Day. Sea otters have been known to hold hands to avoid drifting apart while napping.

Showcasing local sharks, sea turtles, and other underwater wonders, this montage marked the 13th anniversary of Papahānaumokuākea Marine National Monument in Hawaii, the second-largest marine protected area in the world.

In addition to the benefits they provide for undersea life and ocean health, marine protected areas offer unparalleled opportunities for research and local economies. (See “The Case for Marine Protected Areas.”)

Only 5% of the ocean floor has been explored. What could we find down there? . NOAA scientists came across this octopus while exploring unknown deep waters around Puerto Rico in 2015. . . . #ocean #explore #NOAA #OkeanosExplorer #octopus #PuertoRico #video 📷 NOAA

A NOAA expedition spotted this octopus in the deep sea off the coast of Puerto Rico in 2015. More recent visits have yielded numerous discoveries in this relatively unexplored ecosystem.

This seal breaching the Southern Ocean’s icy surface snags fourth place for 2019. Another attraction in these remote Antarctic waters: the shrimplike krill, which support the region’s food web and play a huge role in mitigating climate change by storing carbon.

The frigid waters of Antarctica are home to a broader variety of life than you might think. The sea scallop (above) is just one of many species that thrive in the Southern Ocean—and one of the many reasons we advocate for more Antarctic marine protected areas.

2. Big day for sharks and rays

In a huge win for conservation, 18 species of sharks and rays gained protections at this year’s meeting of the Convention on International Trade in Endangered Species of Wild Fauna and Flora. The result: Trade in these species can continue only if proved to be legal and sustainable.

Learn more about Aburto’s approach in the “Art and Science of Saving Mangroves” episode of our podcast, “After the Fact.”

Tom Dillon is vice president and head of environment at The Pew Charitable Trusts, leading a broad array of land and ocean initiatives in the United States and around the world. 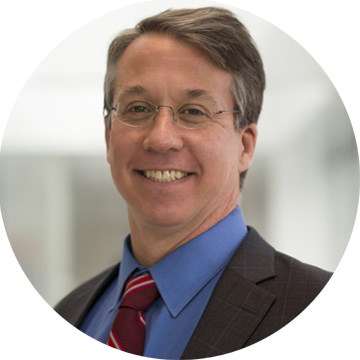