With the European Union facing a 2020 deadline to end overfishing in its waters, The Pew Charitable Trusts held a roundtable discussion in France—a key EU fishing State—to assess progress towards that goal. The deadline was set under the 2013 revision to the Common Fisheries Policy (CFP).

France, with fishing operations in the north-eastern Atlantic Ocean, North Sea, and Mediterranean Sea, accounts for around 10 percent of the annual EU catch and plays a pivotal political role during EU Council negotiations.

On 9 October, some 20 French fisheries experts gathered at the Maison des Océans in Paris to review progress towards meeting the deadline. The roundtable, which included scientists, fishermen, and representatives from the French government and non-governmental organisations, was a first for the country, where fisheries management is usually discussed behind closed doors.

Pew organised the session in partnership with the Oceanographic Institute of Monaco as an opportunity for participants to discuss a paradox about north-eastern Atlantic stocks: EU fishing nations have made significant progress since 2013 toward sustainable management of these stocks but still may fall short of the CFP target to end overfishing by 2020.

Within the EU, however, opinions differ on the reasons for this and on how to reach the objective on time. Didier Gascuel, a fisheries professor at AgroCampus Ouest in Rennes, France, opened the roundtable with a presentation showing that fishing pressure in the north-eastern Atlantic has almost been halved in 20 years and that some stocks are rebuilding, leading to a growing biomass— the body-weight of all the fish of one specific stock in the water. However, most of the stocks in that region remain overexploited, and improvement seems to have stalled in recent years.

Hubert Carré, director of France’s National Committee for Marine Fisheries and Marine Livestock, told participants that the prospect of missing the 2020 deadline must be put into perspective: The fishing sector has put effort into moving towards the CFP’s objective for maximum sustainable yield—the largest yield (or catch) that can be taken from a stock over an indefinite period—and could be falling short due to difficulties related to other measures in the policy, such as the obligation to land all catches which will come into force in January 2019.

Next, Frédéric Gueudar Delahaye, director of the French Administration for Fisheries, noted that the EU’s main challenge is to progress towards the 2020 deadline while considering the socioeconomic consequences for the fleets of setting fishing limits in line with scientific advice.

The discussion then focused on the risks presented by a two-tiered approach. In deviating from scientific advice for stocks seen as less commercially important or less known, ministers are moving away from their legal obligation: eradicating overfishing of all stocks by 2020. The lack of relevant indicators to effectively monitor progress towards the CFP’s objectives, especially on the biomass of the stocks, was also underlined.

The open back-and-forth among participants allowed us to delve deeper into these topics and address two particularly important issues for France.

One was the European Commission’s Western Waters Multi-Annual Plan (MAP), which sets catch limits and other policies for the north-eastern Atlantic. The plan is critically important to the French fishing sector because about two-thirds of fish caught by French vessels in EU waters are taken in this area. Unfortunately, the Commission’s proposal—reinforced by amendments from the European Parliament adopted after the roundtable took place—would allow fishing beyond the limits prescribed in the CFP. Allowing that would prevent the restoration of stocks to healthy levels and have a negative socioeconomic impact in the long term.

The other important issue for France is the fishing of certain deep-sea species. This autumn, European fisheries ministers will decide on catch limits for 20 deep-sea stocks for 2019 and 2020. Deep-sea species are particularly vulnerable to exploitation because they live for many years and mate late in life, meaning that fishing can take many individuals out of the water before they have had a chance to reproduce.

Among these species, the black scabbardfish, roundnose grenadier, and red sea-bream are particularly popular among consumers in France, Portugal, and Spain. However, deep-sea fish represented only 0.3 percent of landings in the EU in 2016, with Spain accounting for 41 percent, Portugal 33 percent, and France 22 percent. Despite these stocks’ vulnerability and low economic importance, ministers have consistently set catch limits for them that exceed scientific advice. In 2016, 15 of 20 catch limits were set above recommended levels. This follows a disturbing trend: Fisheries ministers have systematically failed to respect the objectives they have set for themselves, making it unlikely that the EU will hit the 2020 deadline unless there is a significant jolt during the Council’s meetings this year.

Critical fishing nations such as France must lead the battle to meet the 2020 target by setting catch limits that follow scientific advice. Increasing the transparency of Council processes and deliberations is essential because it will help stakeholders hold ministers accountable.

The Paris roundtable was an important step in this regard, at least in France, because it focused attention on upcoming actions by the nation’s fisheries officials. Pew urges France’s fisheries minister and his counterparts to make the right decisions at this autumn’s Council meetings to end overfishing—for the long-term benefit of EU fisheries and all who rely on them for jobs, income, and food. 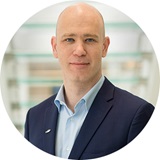 For those working on European Union fisheries policy, life gets busy in autumn as ministers from all 28 member States scramble to set more than 150 fishing limits for 2019. The quotas are set over three Council of the EU meetings, held from mid-October to mid-December. The Council’s decisions, which are always critical for the health of EU fisheries, carry added weight this year in the lead-up to a 2020 deadline to end overfishing under the Common Fisheries Policy (CFP).