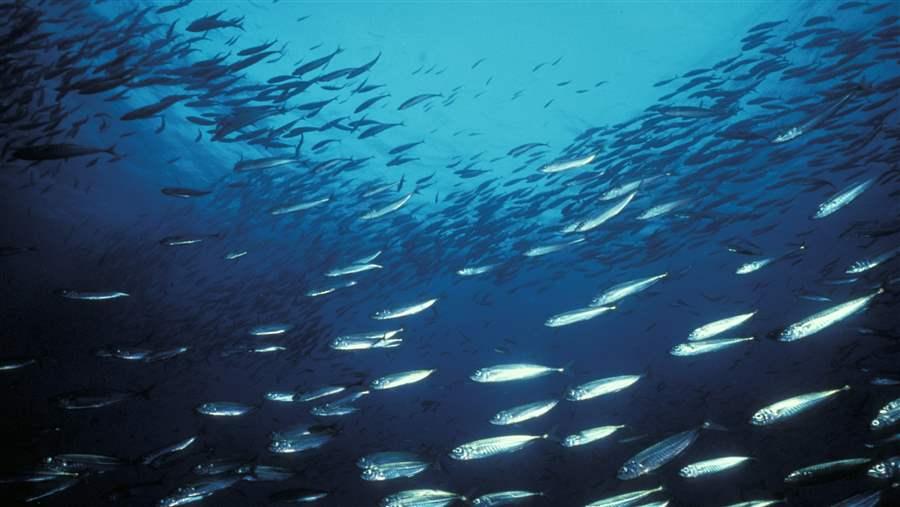 Atlantic herring are a key forage fish in the ocean off New England, feeding a wide variety of wild predators, including larger fish, whales, and seabirds.

Fishery managers are requesting public comment on several new potential rules for the industrial Atlantic herring fishery, which involves the East Coast’s largest fishing vessels. For more than 20 years, this high-volume industrial fishery has operated nets as large as football fields in New England’s nearshore waters. When tons of Atlantic herring are removed from the marine food web, they cannot play their vital role of feeding the higher-level wildlife that in turn sustains coastal businesses.

The New England Fishery Management Council, which manages fisheries from three to 200 miles off the coast from Connecticut to Maine, is considering whether these trawlers should be fishing close to shore. In this rich and productive ecosystem, large-scale fishing for a small forage fish such as herring is especially disruptive. Managers are concerned about “localized depletion”—the removal of a large portion of Atlantic herring from a relatively small area—which reduces food for whales, seabirds, and larger fish. When these predators struggle or leave the area in search of food, businesses that operate only in coastal waters—like small-scale commercial fishermen and whale-watching boats—can suffer.

The Pew Charitable Trusts supports protecting coastal waters by prohibiting industrial midwater trawling within 50 miles of shore—which would be largely consistent with rules in place along the Maine coast for nine months of the year. Extending the zone along the rest of New England would protect multiple habitat areas used by a wide range of predators. Under that scenario, the midwater trawl fleet could fish farther offshore, where these large vessels already capture a significant portion of their annual catch.

As I wrote earlier this spring, these midwater trawlers dwarf the typical fishing vessels seen up and down the New England coast. Unlike so many other fishing businesses in New England, midwater trawlers have a short history in the region, arriving in the 1990s and quickly taking over the herring fishery, which had been made up primarily of smaller purse seiners. 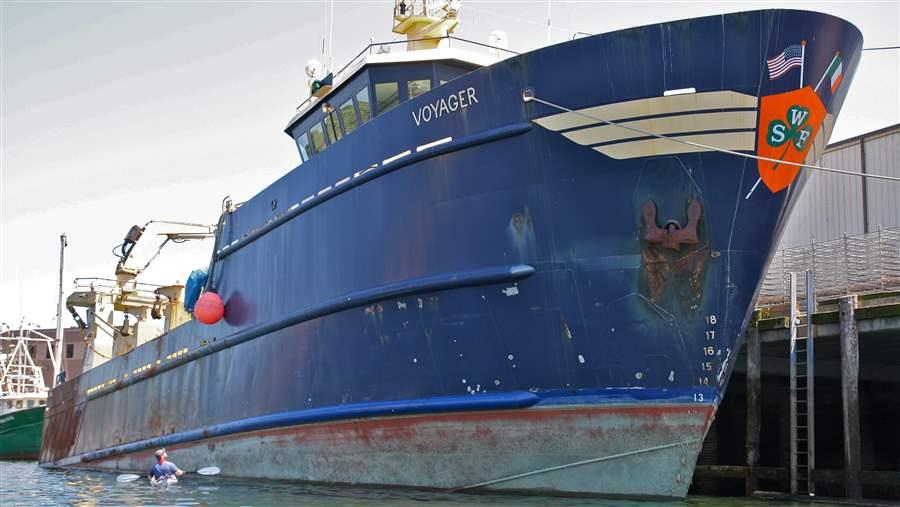 Landings of Atlantic herring in New England soared; where purse seiners landed an average of 40 metric tons annually between 1982 and 1994, midwater trawlers more than doubled that for the next 20 years, with six years topping more than 90 metric tons. Because Atlantic herring are crushed by the massive nets when pulled from the water, they’re not candidates for sale as seafood; instead, they are sold as relatively low-value bait.

That scale is important context for a second decision in front of the Council: whether to adopt a “control rule,” which is a way to adjust the catch limit for herring as the population changes over time. The science is increasingly clear that forage fish—key species near the bottom of the marine food web—should be managed with catch limits that leave a large enough population in the ocean to feed predators. This kind of ecosystem-based policy can reduce the risk of population crashes, which threaten ocean health and hurt coastal businesses. The latest NOAA Fisheries stock assessment, which is in its early stages, contains worrying signs that few young Atlantic herring are surviving to replenish the population—a harbinger of a potential crash that would hurt all stakeholders, and the ecosystem.

While the Council will make its decisions in September, the public has only until mid-June to weigh in on how to manage industrial fishing in New England’s rich coastal habitat. Here are four easy ways to ensure your voice is heard:

The Council’s decisions will have a significant impact on ocean ecosystems and coastal communities. Please join Pew in encouraging the Council to create a 50-mile coastal buffer from herring trawling and to implement a science-based control rule.