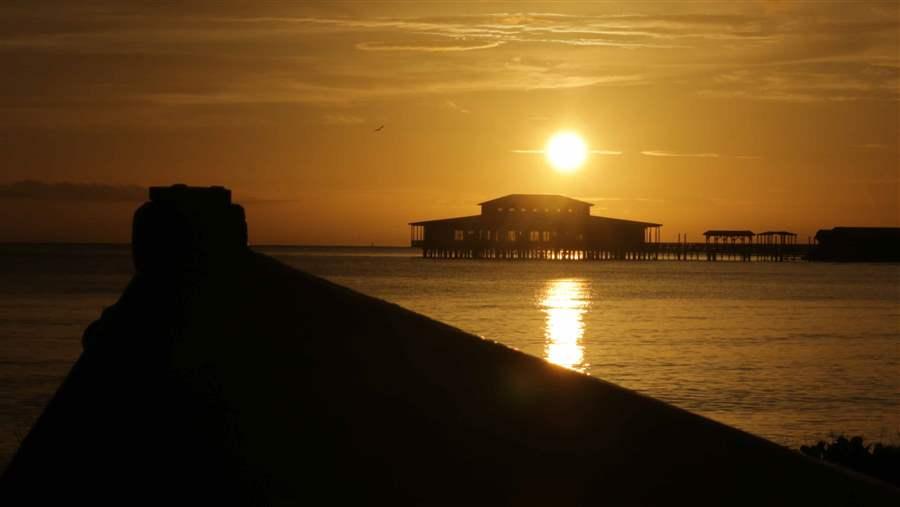 A fishing boat approaches a dock at Mayaguez, on Puerto Rico’s west coast, at sunset.

Western Puerto Rico fishers are worried about the state of their marine ecosystem and want to play more of a role in fisheries management, according to interviews conducted by a researcher and University of Puerto Rico professor.

Most fishing in the U.S. Caribbean takes place on Puerto Rico’s west coast

Federico Cintrón-Moscoso, Ph.D., a professor of ethnographic research at the school’s Río Piedras campus, questioned 49 fishers, government workers, environmental organization staff members, and others, and found widespread concern for the health of fish species and agreement that better coordination is needed between fisheries managers and those who work on the water.

The interviews, funded by The Pew Charitable Trusts, are part of an effort to better understand the opinions of fishers and fisheries managers, which in turn can help facilitate plans and rules to keep people fishing while also protecting the region’s valuable marine resources.

Cintrón-Moscoso conducted the interviews from May to September 2016 in western Puerto Rico. Here’s a summary of the results and background on the project: 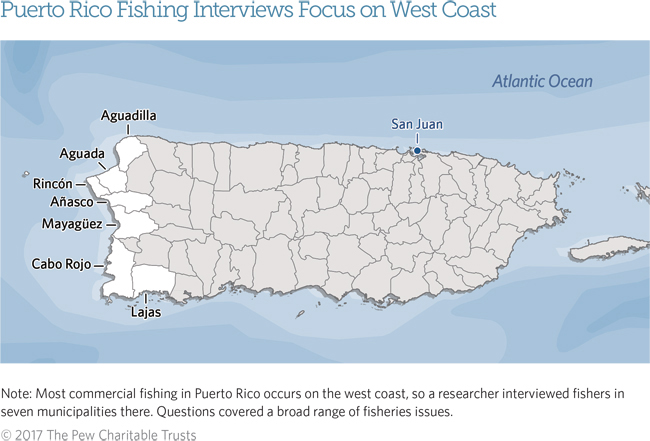 The following findings represent the opinions and perceptions of only the stakeholders interviewed and are not representative of all fishers in Puerto Rico.

Fishers see fewer fish and believe they are moving to deeper waters due to climate change and pollution, which are damaging the ecosystem closer to shore. Fishers cited three major environmental concerns:

Fisheries scientists and managers agree that social and ecological data on Caribbean fisheries are limited. This lack of information can contribute to controversy and uncertainty when drafting local policies or implementing federal regulations.

Impacts of the fiscal crisis

Puerto Rico has been in a financial recession since 2006, and in 2016 ran out of money to pay its debts. This crisis is having widespread impacts across the island because the government lacks the funds to provide needed services to the community. The fishers interviewed for this project want better enforcement of regulations and fishing closures but believe the island’s fiscal crisis is hampering efforts to achieve that.