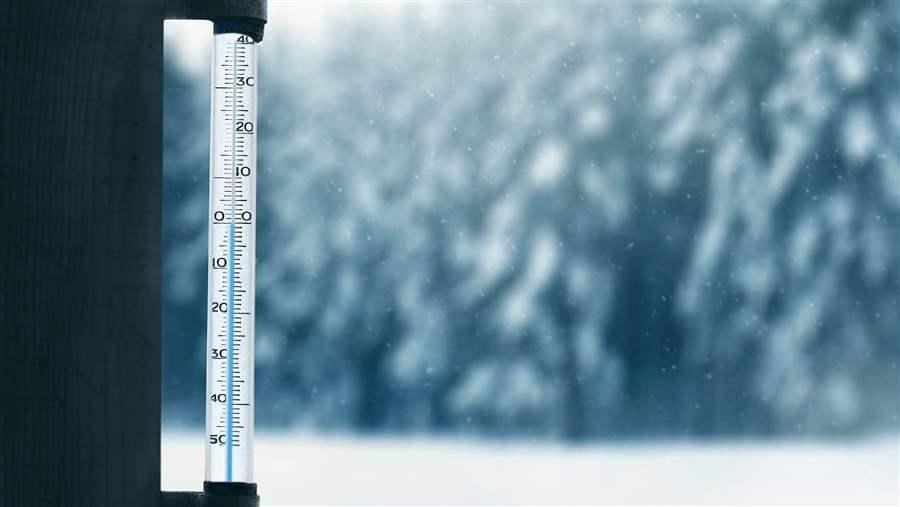 For many Americans in colder regions of the country, winter brings plunging temperatures and spiking heating bills. The low-income home energy assistance program, or LIHEAP, administered by the U.S. Department of Health and Human Services, provides federal block-grant funding that states can use to help offset heating or cooling energy costs for their low-income residents. In fiscal year 2016, the program was the third-largest federal block grant to states, according to the Federal Funds Information for States, distributing more than $3.3 billion to states and the District of Columbia. However, as this analysis will show, that funding differed by state.

As federal policymakers discuss the future of LIHEAP within the context of debates over the federal budget, they need to understand how the program’s basic structure contributes to the distribution of funding, how changes to the program could have widely differing effects across states, and recent federal funding trends.

Total LIHEAP funding is set by Congress during the annual appropriations process and distributed according to funding formulas that determine how much money each state receives. Congress designed the original funding formula to provide more assistance to cold-weather states. And over the years, the funding distribution has been based on factors such as temperature variation, total residential energy consumption in the state, and household energy use. Although policymakers created a new LIHEAP formula in the 1980s, congressional budgeting decisions have continued to prioritize cold-weather states.

Per capita federal spending ranged from $34 in North Dakota to $3 in Arizona in 2017. States receiving the most in per capita grants were concentrated in New England and the upper Midwest, and those with the lowest funding were mostly in the Southwest. 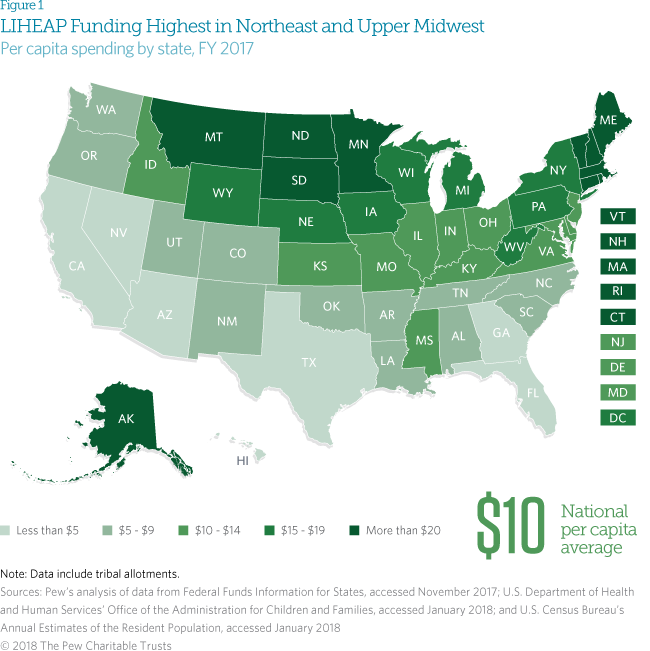 Federal law lays out a set of broad guidelines for how states must use LIHEAP dollars but allows states flexibility in how they structure their programs within the context of those general requirements. States have discretion, for example, to determine details such as eligibility thresholds or whether to operate a cooling program or provide weatherization assistance.

States can set eligibility thresholds based on household income within certain federally prescribed parameters or automatically extend eligibility to households that receive other income-based assistance, such as through Temporary Assistance to Needy Families or Supplemental Security Income.

States use LIHEAP funds to:

LIHEAP funding spiked after the Great Recession, then declined

Overall funding for the LIHEAP program was about 33 percent higher in 2017 than it was in 2007, after adjusting for inflation. Funding levels spiked in the wake of the recession, when federal policymakers temporarily increased spending on the program, then returned closer to pre-recession levels and have remained essentially flat in real terms since 2013. 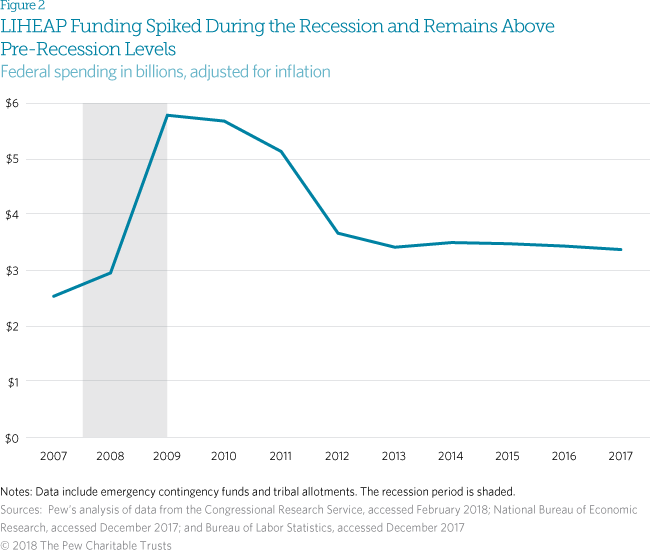 Phillip Oliff is a senior manager, Rebecca Thiess is a senior associate, and Brakeyshia Samms is an associate with The Pew Charitable Trusts’ fiscal federalism initiative.