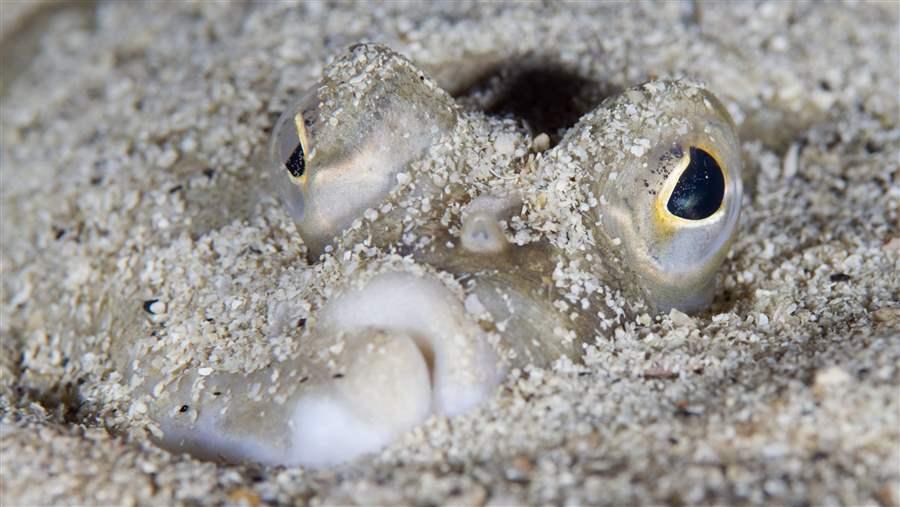 Next year’s fishing limits for plaice (Pleuronectes sp.) stocks in the Baltic Sea have been set above scientific advice, although the fish has been sustainably caught in the past.

On 9 October, European Union fisheries ministers—who are members of the Council of the EU—met in Luxembourg to decide on 10 fishing limits for Baltic stocks in 2018. The deliberation process took almost 20 hours and, when it finally ended at 6.30 a.m. on 10 October, some results were disappointing. Analysis by The Pew Charitable Trusts shows that ministers set limits for cod and plaice above what scientists had advised; if fished to these limits, both stocks would be overfished next year.

For plaice, a type of flat fish, this is a backwards step, because the stock has been sustainably fished in the past couple of years. These are the kinds of short-sighted decisions that EU fisheries policy suffered from in the past, prior to the reform of the CFP. Ministers are scheduled to gather again in December for a critical meeting to agree limits for the remaining EU stocks for 2018—there are more than 100 of them—and we urge that ministers use that meeting to set catch limits at or below what scientists advise.

Ahead of that meeting, it is worth examining the decision-making process. Marathon negotiations like the one in Luxembourg are far from exceptional, and the December meeting is likely to be another test of ministers’ stamina. In fact, the Council seems to relish the theatre of these occasions to add to its mystique.

This is a particular problem because Council deliberations take place behind closed doors, and the public, on whose behalf the decisions are taken, is not shown the process.

Why the long meeting?

Collaborative international law-making can be a challenging and lengthy process. Where fisheries ministers are committed to deliver science-based policy and have all the facts they need well in advance of meeting, that process should be made more clear-cut. The scientific advice for Baltic stocks, developed by the International Council for the Exploration of the Sea (ICES), was published in May—more than four months before the Council’s Luxembourg meeting—and since then, ministers have participated in many stakeholder discussions and policy meetings on the data and catch limits. All that preparation, and the Commission’s proposal published in advance of the meeting, should have led ministers to efficiently set science-based limits when they met in October.

If the all-night session was to sort out significant disagreement among those with a direct interest in these valuable shared resources, the ministers should have defaulted to the science, provided by ICES, and the framework provided by EU law and the Common Fisheries Policy (CFP) that ministers committed to four years ago. Heeding scientific advice to end overfishing should not be an option to debate through the night but, rather, the modus operandi of the Council. In fact, the Baltic multi-annual plan agreed last year should have provided the framework for decisions to avoid a 20-hour marathon to decide on limits for 10 stocks.

In contrast to European Parliament deliberations, which often take longer but are more transparent, the Council’s habit of negotiating behind closed doors and in one sitting can lead to pressure-driven decisions that aren’t subject to public scrutiny. EU citizens have a right to know how policies are formed, and might have legitimate questions about agreements reached at 6.30 a.m. after nearly around-the-clock debate. Perhaps there have been efforts to make progress, or maybe delicate talks between the Commission and the representatives of the Council are added to the mix. We know already that the Commission’s proposal was closer to the scientific advice than the ministers’ final decisions, so the length of the talks could indicate that ministers pushed hard to inflate fishing limits. If this was the case, EU Commissioner Karmenu Vella deserves more public support than ever to hold ministers to their commitments in the December Council meeting.

The fact that extended negotiations produce ill-considered catch limits shows that more light must be shed on the Council process. Members of the European Parliament can help do this while ensuring that multi-annual plans are sufficiently robust to meet the CFP’s deadlines and prevent ministers from ignoring the science. If ministers want to make a case for setting limits higher than scientists advise, the rationale, data, and justifications for that decision should be brought out into the open and tested, so that citizens can understand what role their governments are playing in sticking to the commitments they’ve made to end overfishing and restore the EU’s fish stocks.