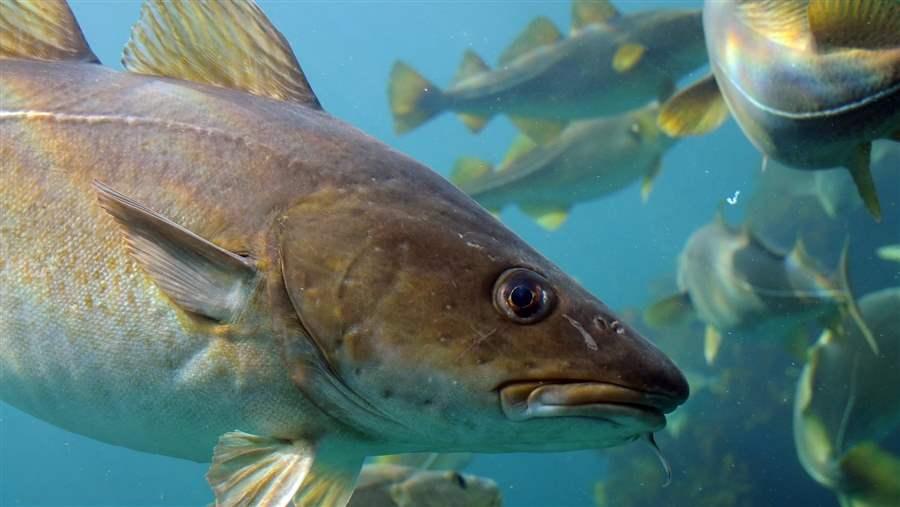 Cod (Gadus spp.) is among the species managed by the European Union. Data on the North Sea stock show recent progress in recovery as well as the scale of overfishing that delayed that recovery.

European Union fisheries ministers returning from summer breaks have a lot to catch up on. The negotiation of multi-annual plans, domestic management of fishing quotas, and of course Brexit will all compete for ministers’ attention as the annual business of setting next year’s fishing limits gets underway.

Decision makers should therefore be grateful that the fisheries scientists advising EU institutions have been hard at work, setting out comprehensive advice on the maximum amount of each stock that can be caught sustainably in 2018. Judging the size of fish populations is a complex task subject to uncertainty, but the International Council for the Exploration of the Sea (ICES) provides an impressive array of advice on EU stocks. ICES data should greatly reduce the amount of guesswork required for ministers to manage stocks effectively and sustainably.

ICES generally shows how it develops its recommendations for each stock, listing the assumptions used and setting out options for management. Accessible to all, this advice is a great source of independent data to complement, or contradict, media reports about the state of stocks. For example, the data on North Sea cod show recent progress made in recovering the stock as well as the scale of overfishing that delayed that recovery.

Crucially, ICES includes specific tonnage limits at the top of its advice sheets, so even uninitiated readers can pinpoint the maximum figure that the European Commission should stick to in its proposals for fishing limits and that ministers should not exceed in Fisheries Council decisions.

As the Commission highlighted in its July communication, ministers too often do not heed the scientific advice and instead set fishing limits higher than the ICES-recommended maximum. The proportion of stocks for which catch limits are set above scientific advice has been falling, but progress to end overfishing is still too slow. The communication sets out the basic steps needed to implement the EU Common Fisheries Policy, and that includes proposing and setting fishing limits that do not exceed scientific advice.

Ministers will meet in October to set 2018 fishing limits for Baltic Sea stocks and have a chance to get this right by honouring  ICES’ detailed scientific advice on the maximum level of fishing that should be allowed for each of those stocks. Our recommendations for 2018 limits are based on this advice and reflect the requirements of the multi-annual plan for Baltic stocks that the Council and European Parliament agreed to last year. Despite these longer-term plans, at least three out of the 10 Baltic stock catch limits were set above scientific advice last year. Ministers need to do better this year.

Ministers should abide by scientific advice and EU law

In the period running up to the Council decision on fishing limits, we often see ministries under pressure to allow more fishing than scientifically advisable or to create new “science” to justify higher limits. Last year was no exception, with some calculations remaining unexplained even after the decisions were taken. According to the law, the burden of proof lies with any minister proposing limits higher than what ICES advises. So we recommend that any science that ministers are citing to justify setting limits above ICES advice should be published now and peer-reviewed before the Council meets. Allowing these data to be scrutinised will improve transparency and allow ministers to be held accountable for their decisions. In any case, exceeding ICES advice should be the exception, while the rule is to follow the comprehensive advice and, in many cases, set limits lower than those maximums, as the multi-annual plan requires.

It is the job of the Commission to guide ministers to keep to that advice and to implement the law when deciding on fishing limits for the Baltic in October. In the meantime, ministers can be grateful that the international, independent scientific advice helps to simplify the decisions that will come across their desks this autumn.