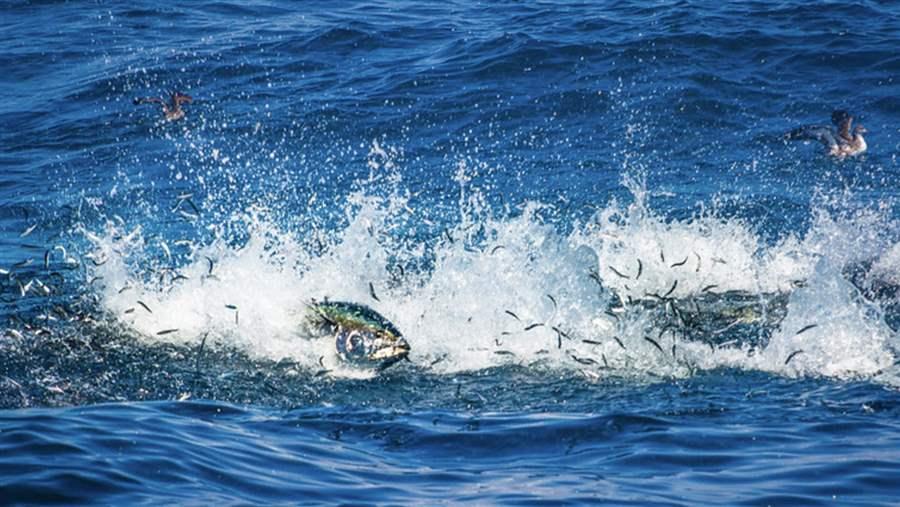 The population of Pacific bluefin tuna, such as the one seen here, has declined to just 2.6 percent of its original size.

The fate of Pacific bluefin tuna is hanging in the balance. After decades of overfishing and mismanagement, the population of this iconic species has been depleted by more than 97 percent from its historic high. Yet international fisheries managers have failed year after year to agree to a plan to help Pacific bluefin recover to healthy levels.

From Aug. 28 to Sept. 1, the Northern Committee of the Western and Central Pacific Fisheries Commission (WCPFC) and the Inter-American Tropical Tuna Commission (IATTC), which are charged with shared management of Pacific bluefin, will meet in Busan, South Korea, where they must agree on a plan to change the long-term trajectory of the fish or risk further depletion.

This meeting—the second between the two bodies—comes at a time of high urgency for action. Both Japan and Mexico exceeded their allotted annual fishing quotas for the species in 2017, and more than 100 tons of Pacific bluefin catch went unreported or was fished illegally by Japanese fishermen, according to the Japanese Fisheries Agency.

Despite the worrying news, rebuilding Pacific bluefin is possible if the countries and fishermen that target the species commit to reaching that goal. They have a model to follow: Atlantic bluefin, a similar species that is caught by many of the same nations as Pacific bluefin, suffered for years from population declines due to overfishing. Recently, though, eastern Atlantic bluefin tuna has seen an increase in population because fishery managers followed the advice of scientists in setting catch quotas. WCPFC and IATTC members can achieve the same result for Pacific bluefin—but only if they agree to science-based quotas and rebuilding targets that will lead to strong and resilient stocks. Woefully, to date the countries charged with managing the species have not met the challenge and continue to allow Pacific bluefin to decline.

While the WCPFC and IATTC have set formal deadlines to adopt rebuilding plans and timelines, neither body has taken action, and both have allowed external politicking and economic considerations to take precedence over building a sustainable fishery.

To move beyond the inadequate status quo, the commissions must agree to rebuild Pacific bluefin to 20 percent of its historic size by 2034; that percentage is the minimum level that many scientists consider appropriate for a species like bluefin. The commissions must also set catch limits that immediately end overfishing, mandate penalties and payback requirements if countries exceed their quotas, and agree to immediately reduce catch levels if the chances of meeting the rebuilding target fall below 60 percent.

It is also time that the WCPFC and IATTC move away from traditional annual catch limits and effort-based management of Pacific bluefin to a modern system known as harvest strategies. This system requires stakeholders to agree in advance on key management objectives for the fishery and on the actions they will take to keep the fishery at a healthy level. This process helps avoid the quota negotiations that often become contentious and time-consuming and that have led to the rampant overfishing of Pacific bluefin.

The road to recovery for Pacific bluefin tuna may require short-term reductions in catch, but the alternative—a fully depleted and possibly commercially extinct fishery—is worse. If managers at the upcoming meeting cannot make a commitment to rebuilding and recovery, a moratorium on fishing Pacific bluefin tuna should be implemented across WCPFC and IATTC waters—or if necessary, an international trade ban. The science is clear: Pacific bluefin is in trouble, but recovery is possible. International managers must put politics aside and come together to rebuild this valuable species before it is too late.