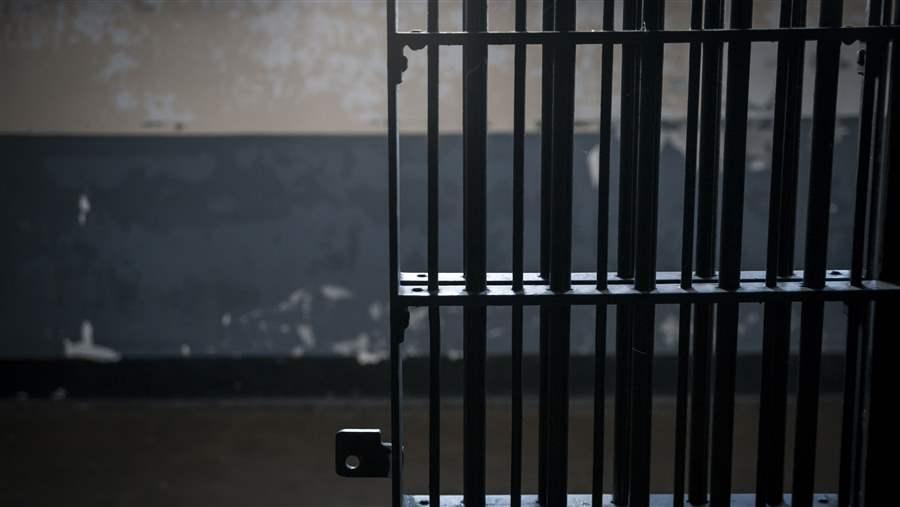 Beginning in the 1970s and continuing for more than three decades, America’s prison population skyrocketed, rising to nearly five times historic levels until 1 in 100 adults were behind bars. The growth was largely the result of state laws and policies that incarcerated more people and for longer periods. But in recent years, states have embraced research-driven strategies that offer better ways to hold offenders accountable while delivering a greater public safety return on corrections spending.

In The Pew Charitable Trusts’ latest “After the Fact” podcast episode, host Dan LeDuc interviews Adam Gelb, director of The Pew Charitable Trusts’ public safety performance project, and two South Carolina leaders on the ways criminal justice reform has been embraced by policymakers across the country and across party lines. This episode’s data point is 13 percent: the nationwide decrease in incarceration since the peak in 2007. The following is drawn from the conversation with Adam Gelb.

Q: How did our prison population get so big?

A: It’s a long and very sad tale, quite frankly. In this country, we had what criminologists call the “stability of punishment” from the 1920s through the early 1970s, about a 50-year period when the incarceration rate was really flat. And then in the early ’70s, it started skyrocketing and reached a point about 10 years ago where we had 1 out of every 100 adults in this country behind bars. Everybody thought that the best way to keep crime and drugs at bay was to lock up as many people for as long as possible. There were new laws passed that sent more people to prison and other laws that kept them in prison longer. The accumulation of all this was a fivefold increase in the nation’s incarcerated population and enormous associated cost.

Q: Incarceration is down 13 percent from its peak. Put that in context. How did we get there? And what is left to do?

A: It means tens of thousands of fewer people locked up. It means billions of dollars saved in prisons that weren’t built and other costs not incurred by taxpayers. But, at the same time, it means there’s still a long way to go. This rate is still more than four times higher than historical levels.

There really has been a sea change in this attitude toward crime and punishment across the country over the past 10 years. Pew has worked in 33 states around the country at this point. And in many of these states, significant reforms to sentencing and corrections policies, the very policies that sent more people to prison and kept them there longer, are being dialed back with unanimous votes.

Q: When we talk about corrections policy, the word recidivism comes up a lot. What does it mean, and why is it important?

A: Recidivism is kind of a mouthful, but it’s just simply the rate at which people come back to prison. And it is probably the focus of most of the conversations we have in the states. And here’s the key point: For all this huge increase in corrections spending, from $10 billion to over $50 billion over the past 25 years or so, there has not been a detectable change in the national recidivism rate. This is convincing policymakers on both sides of the aisle that we’re not getting good public safety return on those investments. What turns out to be the most important lesson from the research in crime and punishment is that the swiftness and certainty of responses to behavior, whether punishments or rewards, are much more important than the severity of the punishments. This central fact is driving a lot of the policy change.

Q: Passing a new law is challenging. Who have been the natural allies or skeptics when you’re in a state?

A: There has been tremendous support across all sorts of nontraditional allies for policies that reinvest prison savings into more effective programs that will change offender behavior. Business leaders have come out in support and held huge meetings across their states to say: “We shouldn’t be pouring our state tax dollars into these dead-end prisons. We should be instead redirecting this money to workforce development and education, and making sure that our businesses and our state thrives.”

And we have done polling and public opinion research across the country. People generally think that lower-level offenders should have alternative options to incarceration, such as community supervision. And at a specific policy level, there is strong support across party lines, across regions of the country, and even among law enforcement and crime victims. People are saying, “We just want the revolving door to stop.”

Listen to the full podcast to hear leaders in South Carolina explain how they shifted to evidence-based sentencing and corrections policies that has saved taxpayers millions of dollars, decreased incarceration and recidivism rates, and improved public safety.

A recent Pew chartbook provides additional data on what drove the corrections expansion and the policies that 33 states have adopted to reverse that growth and contain costs.

Since 2007, more than 30 states have enacted policies to reverse corrections growth and contain costs, while maintaining the long-term, nationwide decline in the crime rate that began in the early 1990s.