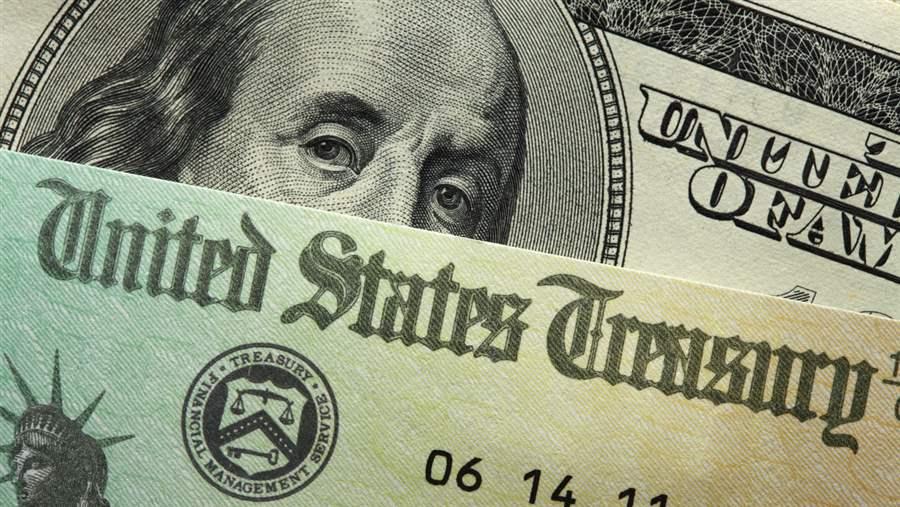 Comprehensive federal tax reform, a key topic of discussion among policymakers and the news media, could have significant repercussions for states because they are connected to and affected by federal tax policy in myriad ways. Changes to federal deductions and credits could directly affect state tax systems, thus affecting revenue, and could have indirect impacts such as raising states' borrowing costs. Congress, the Trump administration, and state elected officials should keep these effects in mind as they evaluate revisions to federal tax provisions.

Forty-one states and the District of Columbia have broad-based personal income taxes. They all connect their systems to the federal tax code by incorporating a range of federal tax expenditures—provisions that reduce filers' income tax liability and therefore government revenue, such as the home mortgage interest deduction, exclusion of employer-paid health insurance premiums, and earned income tax credit. (Related: "How States Piggyback on Federal Personal Income Tax Calculations.")

A recent study by The Pew Charitable Trusts highlighted the significance of this federal-state connection by examining the impact on state revenue of eliminating 42 major federal personal income tax provisions and reducing federal tax rates to hold total federal revenue constant. Under that hypothetical scenario, total state income tax revenue would increase by about 34 percent, but the changes for individual states would vary widely, from less than 5 percent to more than 50 percent, depending on how closely a state conformed to federal law. Of course, the impact on states of any enacted federal legislation would depend on the details and scale of the reform. (See "Tax Code Connections.")

When federal changes alter state revenue, state policymakers can face difficult choices. For example, a federal reform that scales back tax expenditures could lead to higher state collections, and states would have to decide how to use the new revenue. They could increase spending or lower tax rates, or a combination of the two. Alternatively, states could delink from the federal code to retain their original tax policies or avoid the revenue increase, but they would risk losing some of the benefits of piggybacking on federal provisions, particularly simplicity for taxpayers and administrative efficiency.

On the other hand, changes that expand tax expenditures could decrease state revenue, and states would have to decide whether and how to respond. For instance, in 2002, the federal government authorized "bonus depreciation," a temporary enhancement to the normal deduction rules to encourage companies to invest in new equipment such as computers and manufacturing machinery. At the time, nearly every state linked to the federal definition of taxable business income and would have been affected by this modification. The more generous deduction lowered federal revenue in the short term and would have done the same to tax collections in linked states. However within seven months, 23 states and the District had taken legislative action to disconnect their laws from the new federal rules, avoiding the revenue loss.

Further, changes to certain federal provisions have important implications for all states and the District—even those without personal income taxes—that are unrelated to any specific linkages across tax codes. For example, taxpayers can deduct state and local property taxes, as well as income or sales taxes on their federal returns, which partially offsets the costs of these taxes for filers who itemize their federal deductions. Repealing or limiting these provisions would make these taxes more expensive for those taxpayers, which in turn could affect a state’s policy choices, including the level and mix of taxes used to finance spending priorities. Similarly, if federal policymakers modified the municipal bond interest exemption by partly or fully taxing that interest, borrowing costs for state and local governments might rise, increasing the difficulty of financing infrastructure projects, such as roads and schools.

More than 30 years have passed since enactment of the Tax Reform Act of 1986, the last comprehensive federal tax reform package. The law scaled back or repealed a number of provisions that states linked to, and many states projected increased collections as a result. States reacted in various ways: Most accepted the majority of the federal changes and then faced the choice of what to do with the additional revenue they would collect. Some simply deposited it into their treasuries, while others offset the increase by reducing tax rates or expanding personal exemptions, standard deductions, or credits. Still others used the federal reform as an opportunity to substantially restructure their tax systems.

Federal policymakers should recognize that changes to federal policy can affect state tax policies and revenue, requiring their state-level counterparts to decide how to respond. And state leaders need to weigh the trade-offs of linking to federal tax expenditures, given the possible impacts should changes occur. Although large-scale reform is undoubtedly a difficult and complicated undertaking, understanding the potential effects of federal tax changes on state economies and revenue should be part of the discussion.

Anne Stauffer is director of and Mark Robyn is an officer with ­­­The Pew Charitable Trusts’ research on fiscal federalism.