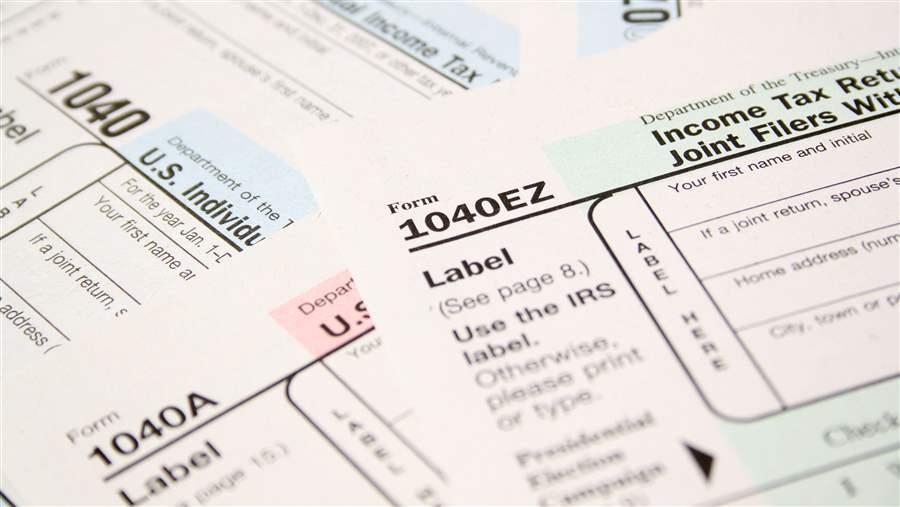 Federal tax changes can have important implications for states.

The American tradition of arguing about taxes is as old as the republic. This helps explain why leaders of both parties propose changes to the federal tax code on a nearly continuous basis. These changes are almost always characterized as reforms and are scrutinized for their impact on taxpayers and the federal budget. What often goes unnoticed is how tax reform on the federal level can cascade down to the states.

In fact, states frequently link their tax laws to the federal code, for good reasons. For example, doing so allows states to reinforce policy goals they share with the federal government, such as supporting low- and moderate-income families with the earned income tax credit. And when state policy mirrors federal law, filing becomes easier for taxpayers — and may encourage compliance. Conformity also makes the state tax system less expensive to administer and enforce.

But there can also be unintended consequences. When federal tax policy is modified, state lawmakers are faced with the decision of whether to follow the lead of Congress, weighing the advantages of conforming against the possible impact on revenue and their own policy priorities.

The complexity of this federal-state relationship can be illustrated by studying the impact of federal tax revisions that would eliminate or reduce major tax expenditures. This is sometimes referred to as broadening the base: a reform that increases the number of people or amount of income subject to a tax. Depending on how the reforms are structured, state revenue will potentially increase, sometimes substantially, in the majority of states that conform to the federal tax code. But additional revenue, while potentially welcome, can also lead to difficult choices.

First, states would need to decide how to use the new revenue: They could increase spending or lower tax rates, or some combination of the two, in many different ways. Alternatively, they could delink from the federal code if they wanted to retain their original tax policies or avoid a revenue increase. But for states, delinking also risks losing some of the benefits of conformity, including administrative efficiency. And to further complicate already tough decisions, states sometime have to contend with timing issues. For example, they cannot control when the federal government acts and therefore might not be in a position to quickly respond if their legislatures are not in session.

Federal tax changes can have important implications for states even if they don't piggyback on the federal system. For example, taxpayers are able to deduct state and local property taxes and income and sales taxes on their federal return, reducing the overall impact on their family finances. Repealing or limiting these deductions would make state and local taxes more expensive for those taxpayers. This, in turn, could affect the policy choices states make, including the level and mix of taxes used to finance spending priorities.

Similarly, if the municipal bond interest exemption is modified by partly or fully taxing this interest, borrowing costs for state and local governments might rise, increasing the difficulty of financing infrastructure projects, such as roads and schools. Federal tax changes can also affect state revenue or economies by altering taxpayer behavior. Changes to the mortgage interest deduction, for instance, could influence homeownership decisions and the housing market more broadly.

If we look to history as a guide for what could happen with comprehensive tax reform, we have to go back 30 years. The Tax Reform Act of 1986 scaled back or repealed a number of provisions that states linked to, and at the time, most states accepted the federal changes. Large-scale reform is more difficult and more complicated, today more than ever. Understanding the potential effects of federal tax changes on state economies and revenue should be part of the discussion.

Read the full article in The Hill.