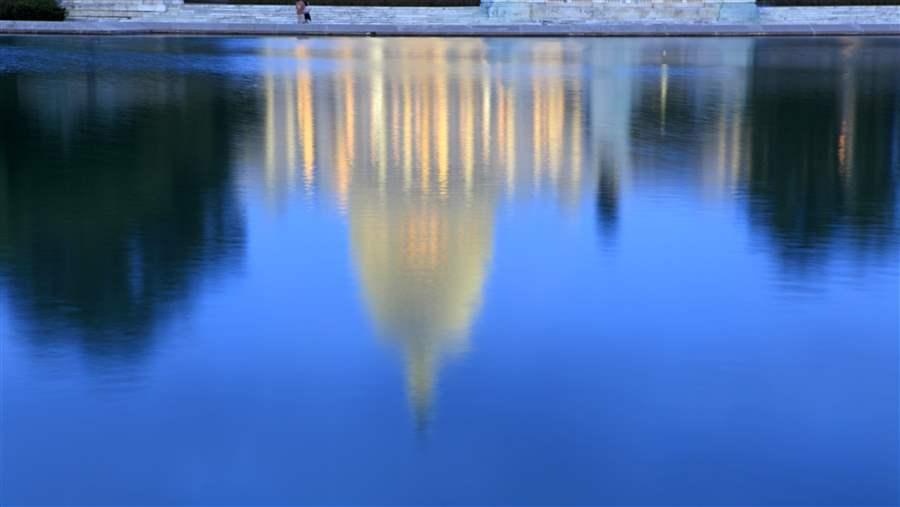 Federal income taxes are calculated in a series of steps, and most states link to one or more of those.

Of the 41 states plus the District of Columbia with broad-based personal income taxes, 40 and the District link to the federal tax system by incorporating a range of federal tax expenditures—exclusions, deductions, and credits—into their tax codes. These connections, also known as conformity, mean that changes at the federal level can affect states’ tax systems and revenue, and understanding them is important for policymakers at both levels of government when evaluating federal revisions or reforms. Federal policymakers should realize that changes can affect state revenue, requiring states to decide whether to revise their own tax policies, and state leaders need to weigh the trade-offs of linking to federal tax expenditures.

Federal income taxes are calculated in a series of steps, and most states link to one or more of those. This analysis provides a summary of this process based on findings from Pew’s report Tax Code Connections: How Changes to Federal Policy Affect State Revenue, which provided an in-depth exploration of state conformity as of 2013.1

When completing their federal returns, tax filers first add up their taxable sources of income such as wages, investments, and retirement disbursements to calculate their gross or total income. Certain types of income are excluded from gross income, including employer-paid health insurance premiums, tax-deferred contributions and earnings for retirement plans such as 401(k)s, and the nontaxable portion of Social Security. 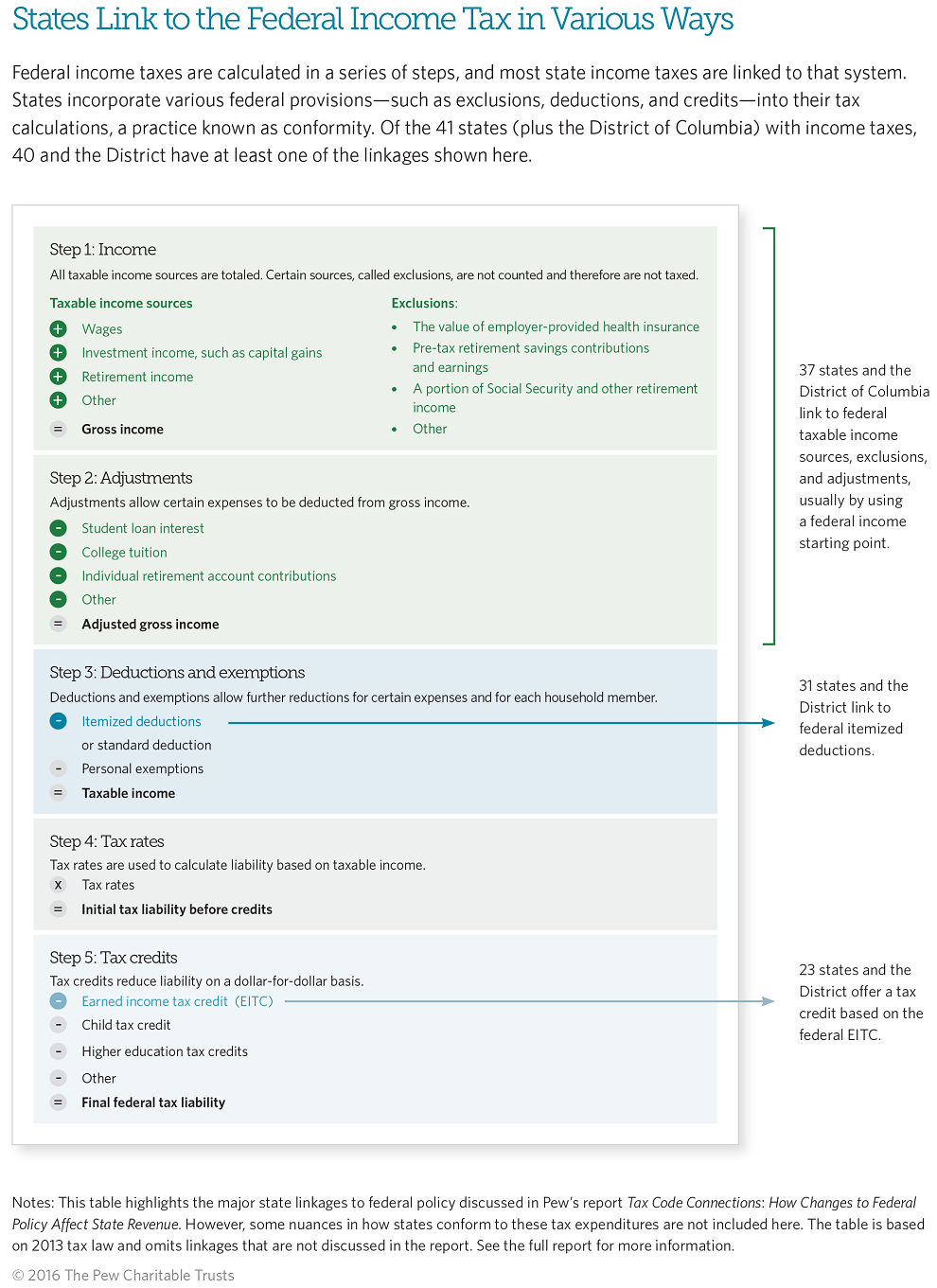 Filers may then subtract from their federal gross income certain expenses, sometimes called adjustments, such as interest payments on student loans, college tuition, and contributions to individual retirement accounts. The remaining income is their adjusted gross income, or AGI.

Federal filers then further reduce their AGI by taking additional deductions. Filers choose either to take the standard deduction—a predetermined amount based on filing status—or to itemize their deductions for specific expenses. In 2013, 23 states and the District allowed filers to claim itemized deductions based on the federal versions. Two other states had tax credits based on federal itemized deductions. In addition to the standard or itemized deductions, filers may also subtract fixed personal exemption amounts for each member of their household. The final income figure generated by these calculations is federal taxable income.

Federal tax credits are available for different purposes, such as offsetting child care expenses or supplementing the earnings of low-income workers. States also provide many different types of credits, some of which are linked to federal counterparts. The most significant such connection is to the federal earned income tax credit. In 2013, 23 states and the District offered a version of it, calculated as a percentage of the federal credit.

A few states are connected to federal policy in a way that does not involve conformity to specific provisions. Six states permit filers to deduct all or a portion of their final federal tax liability from their state taxable income. For individual filers, this has the effect of partly offsetting a federal tax increase or decrease: A federal increase would result in a larger deduction on their state returns and lower state liability (all else being equal), while a federal cut would result in higher state taxes. Because of this link, these six states can be affected by any policy change that alters total federal tax liability, including rate changes.

Anne Stauffer directs and Mark Robyn is an officer for Pew’s research on fiscal federalism.