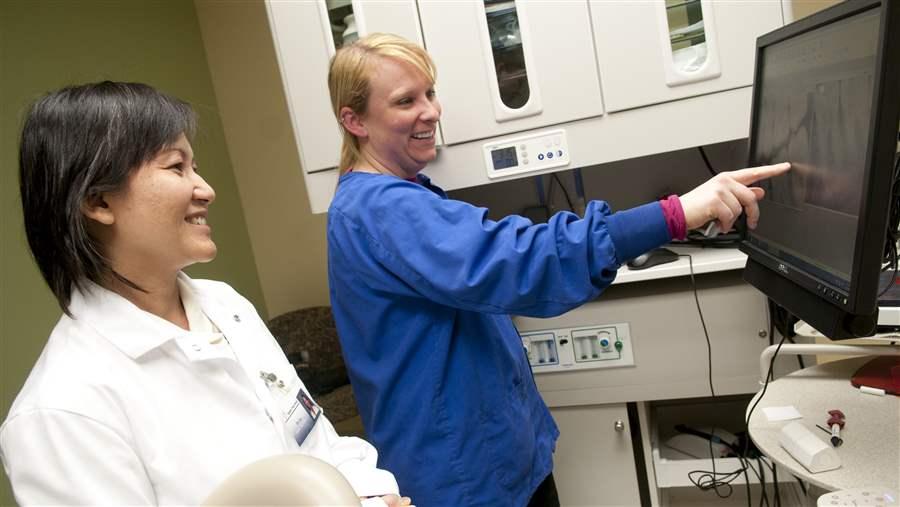 Dental care is one of the most unmet health care needs in the United States. Lack of insurance coverage and access to available providers, even for the insured, drive this problem.

Here are three key oral health issues to watch in 2017:

1. Use of dental therapy gains momentum.

There is growing interest in dental therapists—midlevel providers who work under the supervision of dentists to provide preventive and routine restorative care. Maine, Minnesota, and Vermont have authorized dental therapists to practice, and about a dozen more states are considering such a move. They are also serving Native tribes in Alaska, Oregon, and Washington, increasing access to care on tribal lands. A growing body of research has found that dental therapists provide high-quality, cost-effective treatment and improve access to care for underserved populations. In a recent national survey, more than 80 percent of voters favored dental therapy. Because of its potential to expand access to vulnerable people and use the free market to reduce costs, dental therapy has attracted champions from MomsRising to Americans for Tax Reform. With health care costs approaching 18 percent of gross domestic product, the health system’s efforts to create more efficient delivery methods while lowering costs are expected to continue.

The Wall Street Journal and the public radio show “Marketplace” have weighed in on dental therapists, highlighting the barriers they face and the solutions they offer. “Marketplace” also has a multipart series; read and listen to Part 1 and Part 2.

2. School-based sealant programs: The pros and the barriers

Despite evidence of sealants’ powerful ability to prevent tooth decay, about 60 percent of children do not have them. Recent research by the Centers for Disease Control and Prevention shows significant progress in increasing sealant rates. The number of low-income children with sealants increased by about 70 percent from 1999-2004 to 2011-14, which prevented almost 1 million cavities in this group, according to a 2016 CDC analysis. Still, there is work to be done to increase the number of children receiving sealants and eliminate the income disparities that persist in accessing this preventive measure; 39 percent of low-income children have sealants compared with 48 percent of their higher-income peers. CDC analysts found that if the 7 million low-income children without sealants were to get them, it could prevent 3.4 million cavities over four years and save up to $300 million in treatment costs.

In most states, school-based sealant programs operate in only a minority of schools with high concentrations of low-income students—those who could benefit most from sealants. These programs often struggle to remain funded, facing numerous barriers to billing Medicaid and relying on fluctuating support from state and county governments and philanthropy. Health reform actions that result in less Medicaid funding to states may also stress state budgets seeking to compensate for any shortfalls. Under such a scenario, sealant programs would need to rely on public health advocates, state policymakers, and dental professionals to support and expand them.

Although the future of the Affordable Care Act (ACA) is uncertain, majorities in the Senate and House voted in January on a budget bill that would strip away major provisions of the 2010 health reform law, including Medicaid expansions under which more than 5 million adults have gained dental coverage and subsidies to purchase insurance in the individual marketplaces for which more than 10 million enrollees qualify.

Other changes supported recently by the majority in Congress include ending the mandate that everyone purchase health insurance, while members pledged to craft a replacement plan that would allow people with pre-existing conditions to get coverage. Without an agreement on a replacement plan, it is difficult to project how these changes would affect access to dental insurance, but many experts agree that affordability would be an issue should the current slate of proposed changes to the ACA be made in isolation.

States Expand the Use of Dental Therapy

Dental therapists—midlevel providers similar to physician assistants in medicine—deliver preventive and routine restorative care, such as filling cavities, placing temporary crowns, and extracting badly diseased or loose teeth. As states grapple with provider shortages, especially to serve vulnerable populations, a handful have acted to allow dentists to hire these practitioners, and many others are exploring the option. Dental therapists also practice in several tribal communities, where access to care can be especially limited.